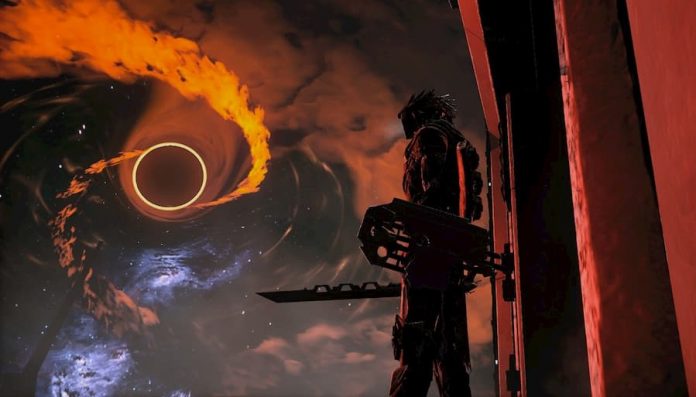 You should know the score by now: a strange world, points at which you can take a rest and raise your stats, and crushing combat that makes every step into new territory bowel-looseningly tense. Yeah, that’s right – it’s another Souls-like game.

From Cradle Games, Hellpoint takes the formula make popular by Dark Souls et al and places it into a new setting. Dumped unceremoniously out of some sort of futuristic pod, you step into a world that’s metallic and eerily quiet. You’re not really told, but it’s apparently a space station, one that has seemingly been overrun by vicious creatures. And so it’s up to you to discover more about your predicament while fighting to survive.

If you like Soulsborne games for the fact that they often have very little exposition and leave it to you to piece elements of the world and story together, you’ll be very happy with Hellpoint. It’s all very mysterious, with your only goal in the early hours being to explore, find information and feed it to some kind of omnipresent entity. It claims that you’re a human, the pinnacle of humanity in fact, but your strange, almost cybernetic body suggests otherwise.

Finding your feel in Hellpoint‘s dark sci-fi world, you find that its mechanics are familiar. Using a controller, the right shoulder performs a swift but weak attack, while the right trigger triggers an attack with more oomph. If you have a shield equipped you can, of course, raise it reduce damage from incoming attacks. Most of the time, however, it’s better to try and avoid attacks completely using the dodge button. Every action needs to be considered, however, because you don’t have an infinite supply of stamina. 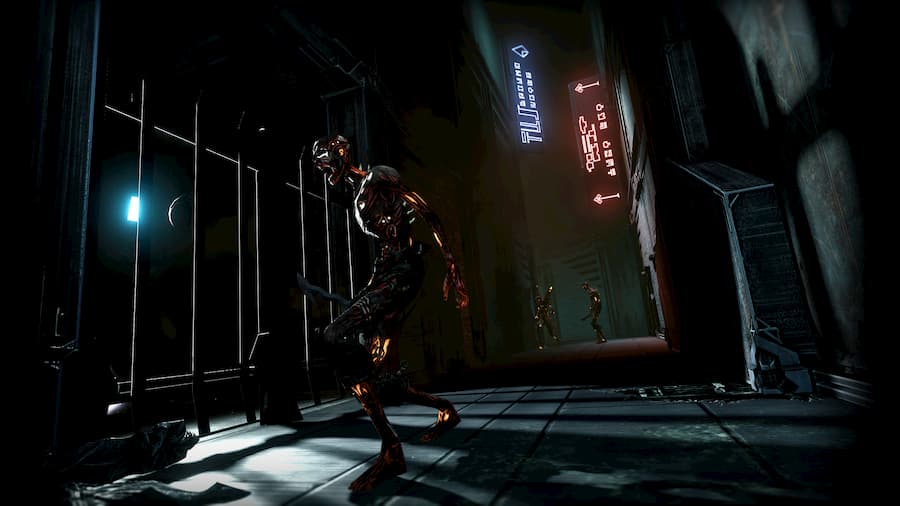 As you’d expect, combat is hard. Or at least, some of it is. During the first two hours of Hellpoint I’ve fought more undead enemies than I’ve had hot dinners, and they go down easily. It’s when you meet Knight-like foes that the shit really hits the fan though, as they can quickly put an end to your day if you’re not careful. I’ve also done battle with a vicious-looking sod who seemed to be a warden of some sort, and two bosses: the first being a dark demonic entity who tried to slash me with magical blades, and the other a celestial beast, quite literally.

Unfortunately, the combat doesn’t seem to be quite up to the standard that it needs to be in order to make a mark in the genre right now. It feels a bit clunky and lifeless, as does the movement of your character. You can be confident in your abilities, but the game feels like it handicaps you. With another two months until Hellpoint is released, however, things could change. 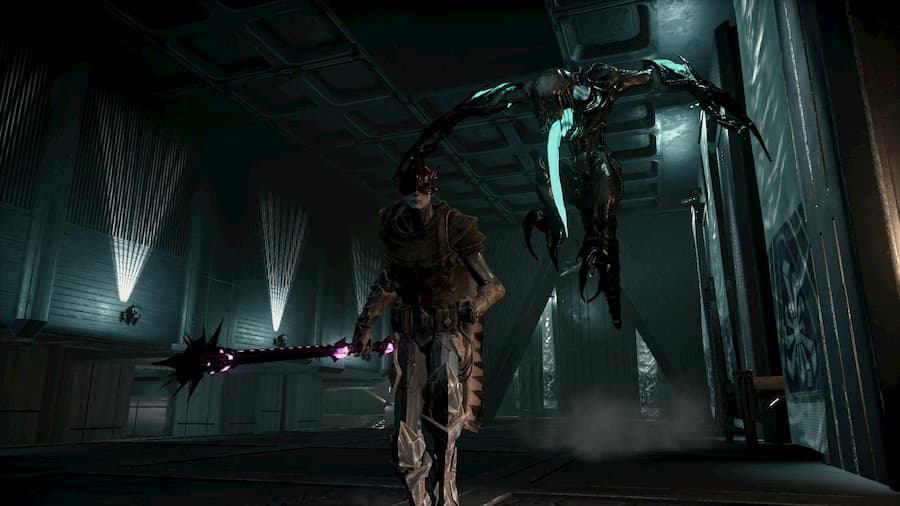 What surprised me most about Hellpoint during the first couple of hours spent with it is how scarce equipment is. You start out with literally nothing, and though you pick up your first weapon quickly, armour is another matter. Chances are you’ll have to defeat the first boss without any armour equipped, like me. The armour I have found leads me to believe that those who like to play dress-up with their characters will be happy, though. And, as usual, the armour and weapons you equip will determine your playstyle.

A nice touch is that you can customise your weapons to make them more suitable to your stats. If you’ve gone for a strength build, for example, you can mod your weapon so that it scales even more with that stat. Weapons can also be upgraded, and new items can be crafted if you find the required recipe and have the resources.

Hellpoint has some fresh ideas up its sleeve, too. Breaches in the environment are the game’s equivalent to bonfires; when you die, you return to the last one you touched. Unlike Dark Souls and the like, however, interacting with them doesn’t reset the game’s enemies. Instead, they regenerate over time. You don’t have an Estus Flask stand-in that replenishes when you interact with a Breach, either. To recharge your healing item you need to take the fight to enemies; being aggressive pays off. 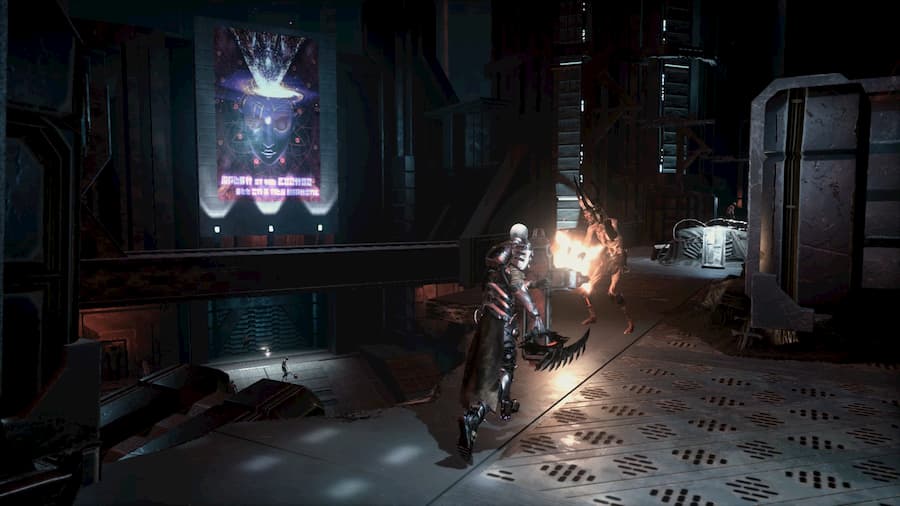 And there are more things that make Hellpoint unique. You can jump, for example, making platforming more of a big deal. Additionally, weapons have unlockable powers. And there are guns. I’ve not been able to see how much it effects the game at this point, but there’s also a real time orbiting system. Depending on where the space station is located around a rather worrying black hole, new enemies might be discovered, doors that were previously closed might be opened, and events might become available to you.

Based on what I’ve played of Hellpoint so far, I don’t think it’s going to be earth-shatteringly good. It does, however, seem to be decent enough. I’d appreciate it if Cradle Games tightened up the combat a little before release, and the difficulty level of enemies could do with levelling out a little as well. Hellpoint‘s biggest weakness, however, could be its environment. If it’s all so cold, clinical and – dare I say it – dead, then it just might not hold the player’s attention in the long-term. Screenshots suggest the game’s locations do get more visually interesting, at least. Everything considered, this is one to watch for Soulsborne fans.

Hellpoint launches on PC on April 16th. Add it to your Steam wishlist.