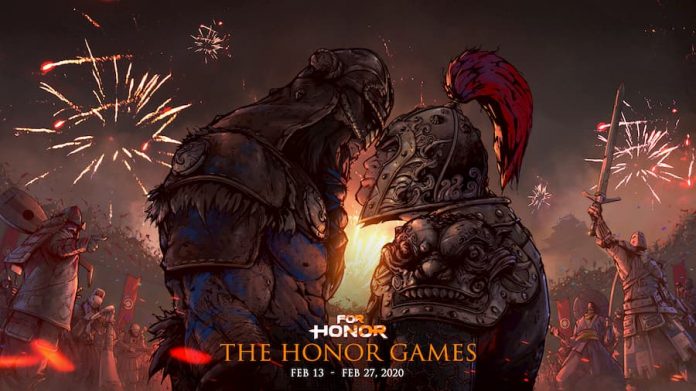 For Honor is celebrating its three year anniversary with a two-week in game event, the Peace Festival, in which players tackle the Honor Games.

Running until February 27th, the Honor Games is a competition between the greatest warriors from all factions, invited by the leaders of Heathmoor to celebrate the Truce of Wyverndale.

A variation of the fan-favourite game mode Carousel of Death makes a return during this event. A type of 4v4 elimination mode, each death adds five seconds to your respawn timer, with the round ending only when all opponents are dead at the same time. Differing versions with added powerups, flaming geysers and other hazards also add some extra challenge into the mix.

The Honor Games event also brings a variety of loot and other themed content to the game, including a new Battle Outfit, Ornament and Effect; as well as brand new emotes available for all Heroes. The appearance of the map will be contantly changing over the course of the event, with details such as fireworks, a live crowd with musicians and original fan art banners acting as decoration.

For Honor is available on PlayStation 4, Xbox One and PC. Check out the Honor Games trailer below, or head over to the official website for more information.