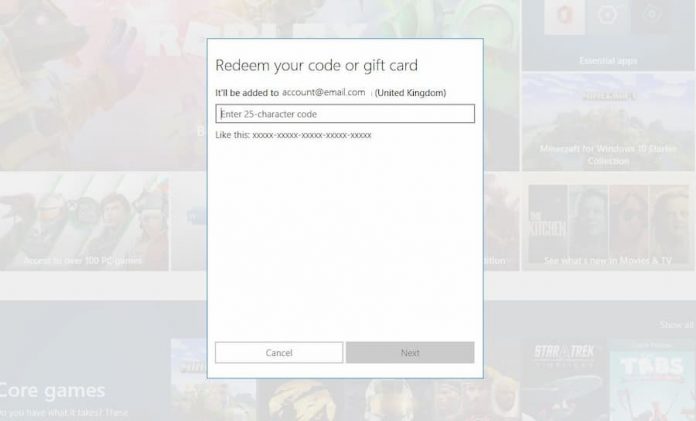 Got a code for a game, some credit, or an expansion on Xbox One? Here’s how to redeem it and add it to your account.

It’s not often you’ll need to redeem a code on Xbox One, as you’ll usually make your purchases directly from the Xbox Store, or buy a physical disc that you simply pop into your drive. But occasionally, you may come across a 25-digit code that, once redeemed, offers you some credit, a game or perhaps some DLC.

It’s simple to redeem. Once you’re logged into your Xbox One (and connected to the internet), go to the games store. On there, you’ll find a button that says “redeem a code”. Click it, and it’ll bring up a text box and keyboard.

Type in your 25-digit code, then press ‘confirm’. You don’t need to type in the hyphens; these will be placed automatically.

You can also redeem Xbox codes on your Windows PC. Open up the Microsoft Store app and click the “…” icon in the top-right. There, you’ll see a “redeem a code” option. Click it, and a box will appear asking you to type in your code. Once again, you don’t need to type in the hyphens.

And that’s all there is to redeeming codes on Xbox One.