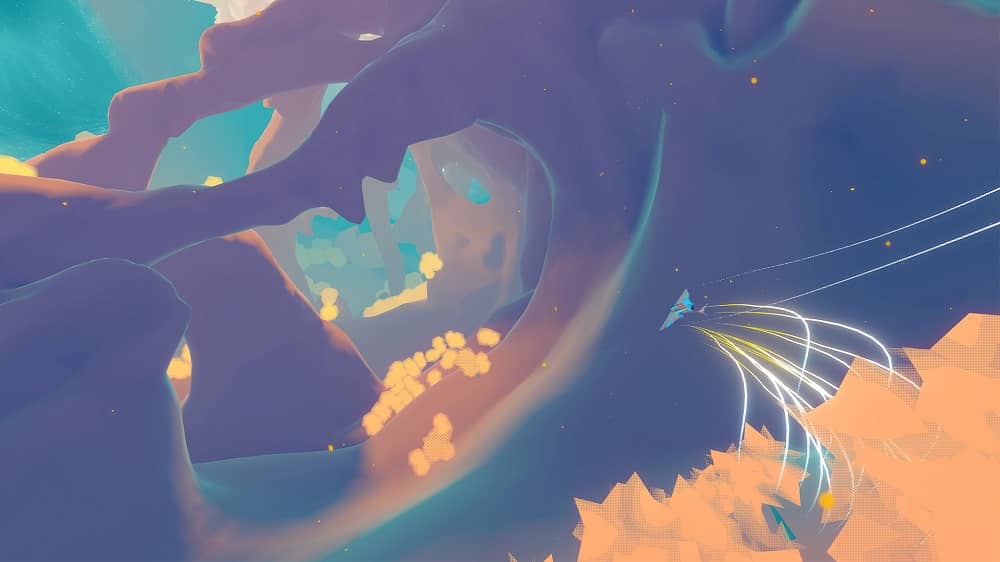 Free this week on Epic Games Store is InnerSpace, a bright and colourful exploration game that sees you gliding through the skies.

It’s available right now until next Thursday, so be sure to log into Epic Games Store to add it to your library.

As always, there’s no catch with Epic Games Store freebies; you simply need to have an account. It’s not some Games With Gold or PS Plus deal where you need to also have a paid subscription for something. Nope, genuinely free. Once they’re in your library, the games are yours forever.

We reviewed InnerSpace back in January 2018 when it first released, and our thoughts were pretty mixed:

InnerSpace is, without a doubt, an interesting experience. Despite its annoying inconveniences, it is a relaxing experience from start to finish. Its visuals are mesmerising, and its worlds are beautiful, but it’s difficult to accept it for what it is without comparing it to other, more successful games in the genre. Unable to capture the same, magical sensibilities that made Journey so beloved, InnerSpace simply seems like a game trying to be something it can’t. An altogether inoffensive game that unfortunately never takes the opportunity to say or do anything of meaning, leaving little reason to stay within its gorgeously crafted worlds.

Read our full review to get a better idea of what you’re in for. Or don’t, and just give it a try yourself. It’s free, so nothing to lose, right?