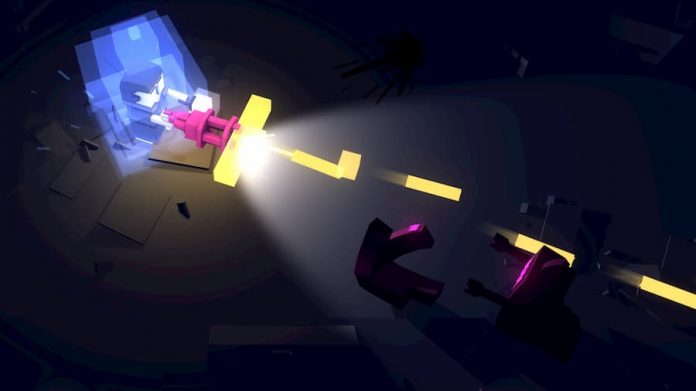 Trust me, you don’t want my brain – you’ll just be hungry again in an hour.

Not that it’s going to stop the aliens that are all ready to completely take over the Earth. That’s what you’ll be dealing with in It Came From Outer Space and Ate Our Brains, an arcade shooter from Triangle Studios.

In the game you play as Jerry, a no-nonsense kind of guy equipped with a flashlight and some wicked weapons, as he attempts to destroy the brain-eating aliens for good.

It Came From Outer Space and Ate Our Brains plays like a classic top-down shooter. You take control of Jerry and are forced to go against hordes of incoming aliens while traversing a dark cityscape environment. The weapons themselves, as well as parts of the environment, give off bright neon lights which contrast well against the game’s very dark backdrop. At times it can be hard to tell what’s going on; so more often than not I found myself simply shooting into the abyss, hoping for the best. 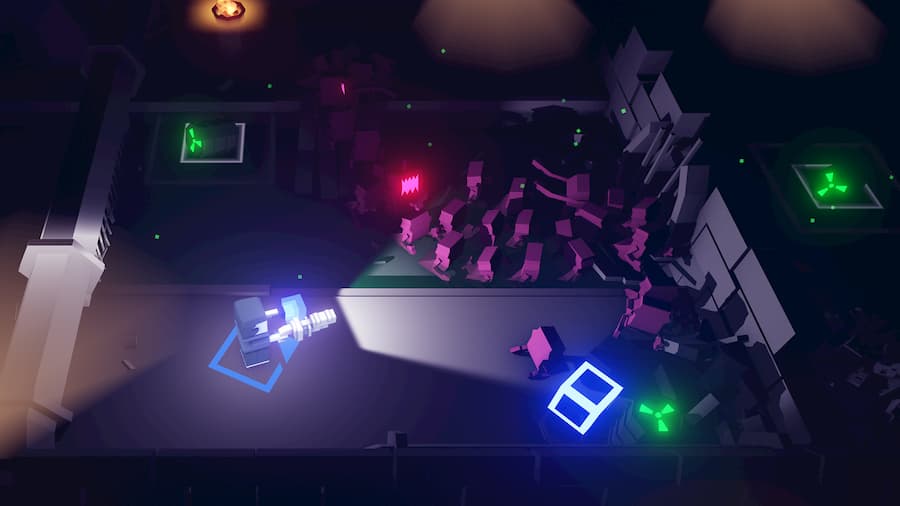 While the environments are pretty dark, I really enjoyed It Came From Outer Space and Ate Our Brains‘ overall art style. Its cubic style is reminiscent of Minecraft, with the characters, the aliens and the environments all very blocky. While it’s not wholly original, it’s a fun visual style that’s utilised well here.

You’ll start the game off with a pistol, but as you progress you’ll unlock much stronger weapons to take on increasingly difficult waves of enemies. Good ol’ Jerry is equipped with rocket launchers, shotguns, laser guns and more. He’s a total badass.

It Came From Outer Space and Ate Our Brains isn’t extraordinary or complex, but it does what it sets out to do. Triangle Studios has done a lovely job. The gameplay is easy to pick up but hard to put down; when I first played it, I didn’t put it down for another two hours. It is simply a joy to play and I’ll be coming back to it time and again. 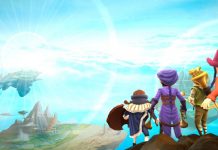 AereA Review: A Perfect Soundtrack, Not So Perfect Gameplay 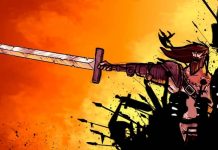 Cross of the Dutchman Review