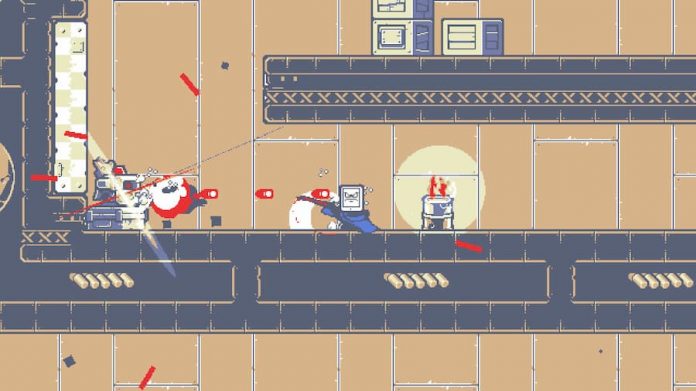 Out today, Kunai is a game that will make you fall in love with a cute little robot.

Taking control of Tabby, whose name is apt given that his head is a tablet and there’s little else to him, it’s up to you to save the world from an A.I. gone mad in Kunai. And to do that you’re going to need your sword, two kunai (of course), and some keen ninja skills.

You gain the primary tools needed for your quest very early into Kunai, though being a Metroidvania there are of course more weapons and abilities waiting to be discovered. With your sword you can slash at enemies to do damage, and even return their bullets at them – just mash the button when under fire and you’ll feel like a badass. Your kunai, on the other hand, aren’t used as weapons. Instead, you use them to attach to walls and ceilings, allowing you to access areas otherwise unreachable or move around quickly.

Kunai‘s world is a lovely one to explore. The fact that it’s well-designed is part of that; it’s a bit labyrinthine, but never too confusing. Then you’ve got to take into consideration the game’s gorgeous art style and use of pastel colours. Everything, from the environments to the enemies, just ooze character. This is a Metroidvania with 2D visuals, so it’s nothing new. Yet it feels fresh because there’s nothing else that looks like it.

Much of your time is spent trying to get from one area to the next. Sometimes that involves making your way through an area that tries to disorient you; other times it might require you to make your way past heavy resistance. There’s even the odd bit of switch pulling to be done. Everything moves at such a quick pace, however, that playing Kunai is always a joy. The controls are responsive and reliable. Using your kunai to swing and climb is intuitive. It’s challenging but rarely frustrating. 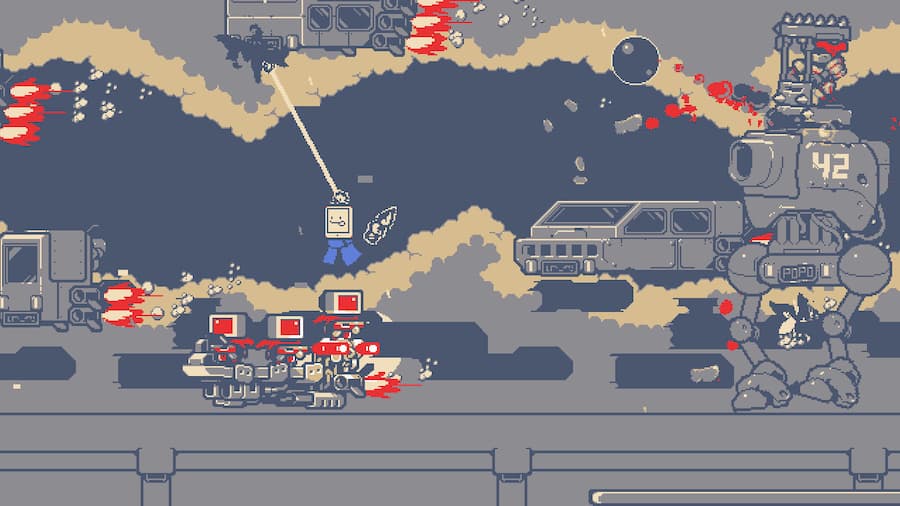 You’ll find machines that allow you to save your game frequently. And connecting to the internet when close to a modem allows you to spend the coins you’ve picked up from defeated enemies and chests on upgrades. On top of that, Kunai has a map that is ever helpful, and if you visit the resistance base you’ll be pointed in the right direction if you’re at a loss as to what you need to do.

I’ve only played a few hours of Kunai at this point, and I feel like I’ve only scratched its surface. Needless to say, I’ll write up a full review if I find time to finish it. Every moment I’ve spent with it up to now has been a joy though. It’s energetic, it’s humorous, it’s surprising; it’s lots of things I never expected it to be. But it’s also seemingly a bloody good Metroidvania; one that doesn’t flaunt uniqueness at the expense of solid gameplay. For that reason, you should definitely consider picking it up.

Kunai is available now on Switch and PC. 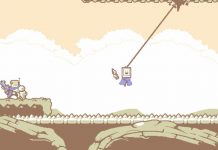