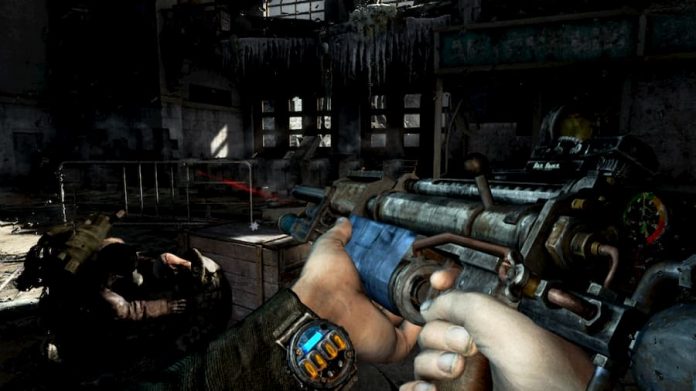 If there’s one thing we’ve learned over the last year or so, it’s to not underestimate the power of the Switch.

First there was DOOM, then The Witcher 3: Complete Edition; games that we thought really couldn’t be put on what is essentially a handheld but yet they were. And they were good. The next game to blow our socks off is actually two games in one – the Metro Redux bundle – and while their age means we probably shouldn’t be all that amazed they run on Switch so well, their parity with the PS4 and Xbox One versions is pretty much mind-blowing.

So, a quick catch up for those who have never played a Metro game. Nuclear war has devastated the Earth, and among the countries badly hit is Russia. There, a group of survivors have holed up in the underground Metro system where it’s relatively safe. Although that’s about to change. With multiple warring factions and the strange emergence of creatures known as the Dark Ones causing havoc, it’s up to you, Artyom, to find out exactly what’s going on and make the Metro safe again. If you can.

It’s a story that runs through both Metro 2033 Redux and Metro Last Light Redux, twisting and turning as you progress. There are multiple endings in both games, too, depending on the actions you take. Only one of the endings in each game is canonical, though, so if you only play through them once and get the ending that doesn’t set up the next game, you might find yourself at a bit of a loss. Other than that, the only other issue you might find with Metro Redux‘s narrative is that Artyom is one of those mute protagonists. He narrates during loading screens as you travel between areas, but if anyone talks to him during gameplay they get nada in return. It’s a bit jarring.

Gameplay-wise, its unsurprising that Metro 2033 Redux and Metro Last Light Redux are pretty much the same. They’re both first-person shooters, but there’s a heavy emphasis on stealth. With ammo and other resources in short supply, it’s often better to try and avoid enemies or take them out silently. Sometimes that’s impossible though; even the most silent of assassins will find themselves in the occasional firefight. If not against other humans, then certainly against ghastly beasts. 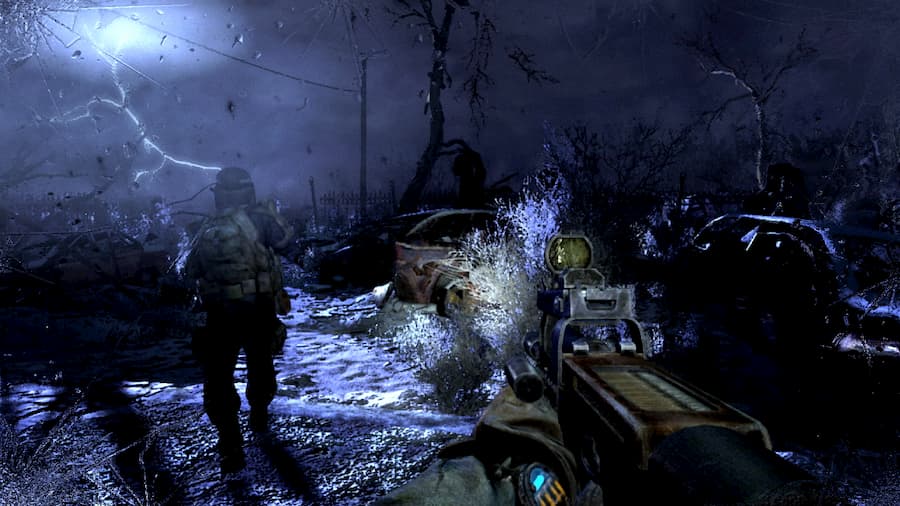 While in Metro 2033 Redux you’ll make do with the weapons you find, or can acquire with Military Grade Ammo that doubles up as currency, in Metro Last Light Redux you can also customise your weapons if you wish. It’s not a game changer, but you strangely get more attached to a weapon once you’ve put a scope on it and made some other adjustments. Other than that, it’s business as usual. With Metro Last Light, developer 4A Games seemingly aimed to hone its craft that than revolutionise it.

Being the Redux versions of both Metro 2033 and Metro Last Light, the visuals are improved over the last-gen versions of the games released on consoles. All of the DLC released for the games is also included, and there are gameplay improvements such as being able to check your watch and supply of ammo on the fly. While they’re not exactly up to modern standards, player animations are improved, too.

What perhaps really cements these Redux editions as the definitive versions of Metro 2033 and Metro Last Light, however, is the range of game modes available. There are, of course, multiple difficulty levels available, but you can also choose to play either in Survival or Spartan mode. If you want to bring the game’s horror, stealth and survival elements to the forefront, choose Survival. If you want to play the games more like first-person shooters, choose Spartan. It’s up to you, and there’s no penalisation for choosing one over the other.

For those really up for a challenge, Ranger mode is available, too. Play in Ranger mode and you’ll find that you have no heads-up display, taking away a crutch while also further immersing you in the action. And as if that’s not enough, you’ll also find that resources are scarcer, and enemies deadlier than ever. Playing in Ranger mode is a truly transformative experience, making Metro 2033 and Metro Last Light some of the most tense games you can play. 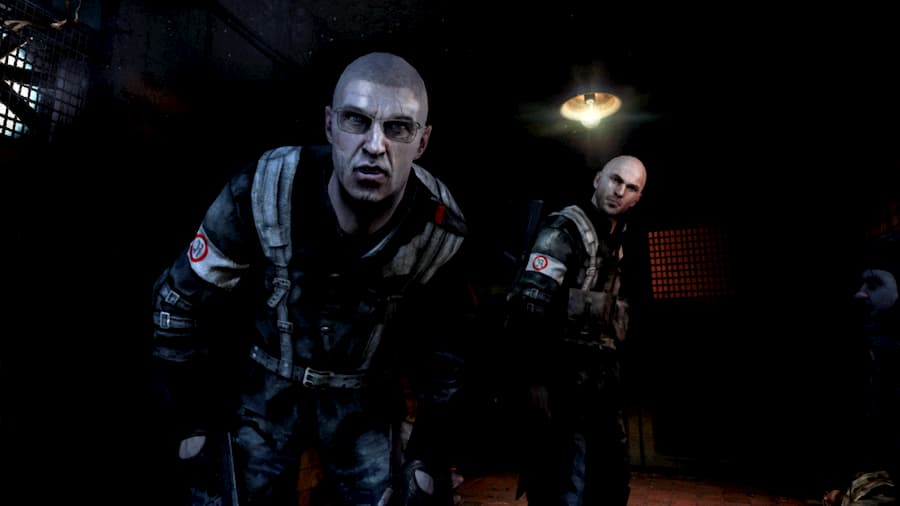 So, you’re probably wondering how Metro 2033 Redux and Metro Last Light Redux play on Switch. The answer is brilliantly; they’re about as close to their PS4 and Xbox One counterparts as can be. Unless you’re playing them side-by-side, you can’t really tell any difference, and that’s pretty impressive considering Switch hardware. Of course, both games look their best when played in handheld mode, but they look nice blown up on a 4K TV, too. In fact, I’ll go as far to say that they’re currently the best looking games on Switch.

What’s even more impressive is that performance is solid. It may only run at 30fps, but it seemingly rarely deviates from it. There’s no screen tearing, no stuttering, no extended bouts of slowdown. The controls are crisp and responsive, too. And did we mention that gyro aiming is supported? It’s a pleasure to play Metro Redux on Switch – if only the Joy-Cons were more intuitive to hold for extended periods of time. For long play sessions, you’re going to want either a Pro Controller or a HORI Split Pad Pro. Trust us.

Don’t worry about Metro Redux‘s audio, either. Unlike many Switch ports, you can’t tell it’s compressed at all. Whether you’re playing handheld or docked, you’re drawn in by the ambience of the locales you’re visiting, and dialogue is clear at all times. You can even make use of 5.1 when playing docked for a true surround sound experience.

It’s not all roses though. There are a couple of bugs in the ointment, one of them being loading times. They’re a bit all over the place, to be honest. Sometimes areas load rather quickly, other times you might be sat for a minute or so. It can put a bit of a downer on the whole affair as you’re left twiddling your thumbs. Also, these games are dark, and the Switch’s screen doesn’t always deal well with dark images. Play in handheld mode, and if there’s even a hint of light in the room you might find yourself struggling to see certain things. You can crank up the brightness, but image quality will suffer as a result. You’ll also drain your battery quicker. 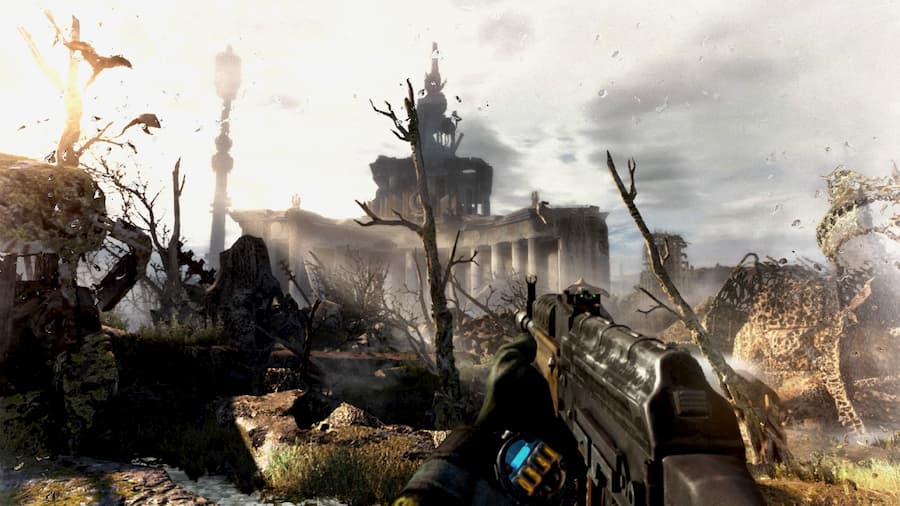 All things considered, Metro Redux on Switch is absolutely phenomenal. Never would we have believed that games like this would be playable on a handheld, let alone with such detailed visuals and solid performance. Metro 2033 and Metro Last Light may both be a bit long in the tooth now, but they’re both still fantastic story-driven first-person experiences. And being the Redux versions, many of the issues that originally plagued them have been ironed out.

If you’ve never played Metro 2033 or Metro Last Light before, consider Metro Redux on Switch a mandatory purchase. You deserve it. And if you’ve already played these games but fancy having them available on the go, be aware that they’re perhaps not best played in handheld mode in broad daylight, but don’t let it totally put you off.

Metro Redux is available on PS4, Xbox One Switch and PC. We reviewed the Switch version.

Want to support GameSpew? Buy Metro Redux using our Amazon affiliate link. It won’t cost you anything extra, but we’ll get a small slice of the purchase. 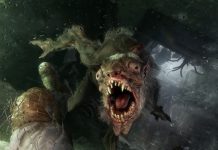 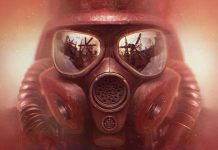 A new Metro game is coming next year 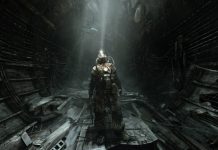