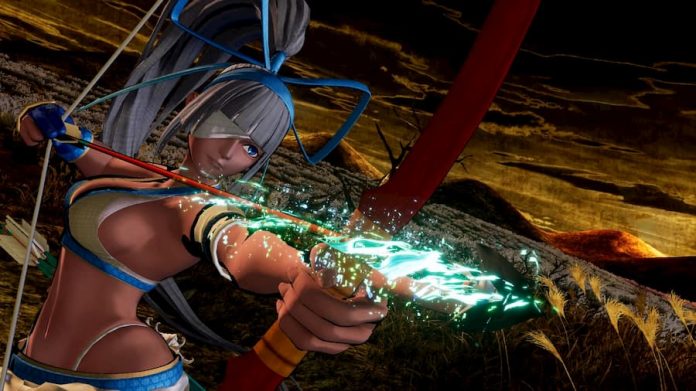 This heroine, who first appeared in Samurai Shodown V, will be the first of four new characters coming to SNK’s popular fighting game in its second season. The Samurai Shodown Season Pass 2 is going on sale from February 26th, so look out for that if you want access to Mina Majikina, Sogetsu Kazama, Iroha, or the fourth unannounced character as they are released.

The powerful bow-weilding exorcist Mina is carrying an intense and ever-growing darkness inside her, since proving her strength in many vicious battles. A new blade is attached to her bow, but her mastery of a new combat style (incorporating long and close-range attacks) doesn’t change the fact that she does not weild her bow as ferociously as she once did, thanks to the pain this darkness causes her.

In Europe, Mina Majikina will be available on Xbox One and Switch from February 27th, and PS4 from March 2nd; but in other parts of the world she will be coming to all platforms on February 26th.

Samurai Shodown is available on PlayStation 4, Xbox One and Nintendo Switch. Check out the new Mina character trailer below, or head over to the game’s official website for more information.