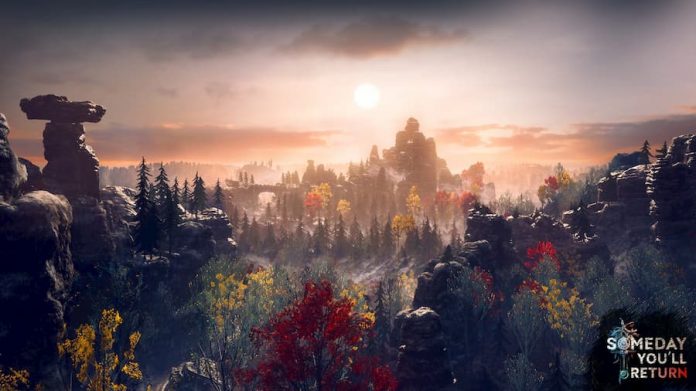 We love a good horror game.

Even if it means we might need a change of pants part way through playing, we can’t get enough of trying to scare ourselves silly. Of course, actually scary horror games are few and far between, but we always remain hopeful when a new one gets announced. The latest to catch our eye is CBE Software’s Someday You’ll Return, which is coming to PC on 14th April.

Described as a “narrative-driven game of psychological horror”, Someday You’ll Return puts players in the shoes of Daniel, a father trying to find his daughter, Stela, who ran away from home.

On his search for Stela, Daniel will visit some dark places – both physiologically and psychologically – and revisit places he swore he’d never step foot in. Set in a foreboding forest (seriously, nothing ever good happens in forests, does it?), Someday You’ll Return mixes “strong horror elements” with psychological terror, and it promises that “it’s not always the most obvious monsters that are the most frightening”.

The game also boasts a “Karmic system”, meaning decisions you make in-game will affect how the story plays out. Consider our interests piqued.

Someday You’ll Return is coming to PC on 14th April, with a PS4 and Xbox One version scheduled for later this year.