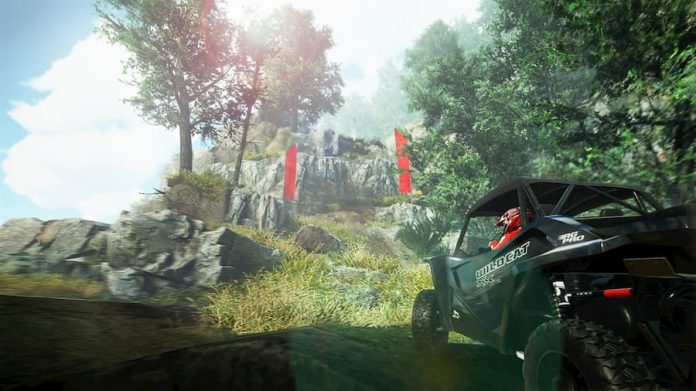 You’ll have to trust me on this, but I’m a very patient person. Overpass, however, pushed me to the end of my tether.

Developed by Zordix and published by Nacon, Overpass isn’t your typical racing game. The aim is to go around tracks and climbs hills as fast as you can, sure, but the focus here is on technique. It’s less “where do I need to start braking and turning?” and more “do I need 4WD for this obstacle, or do I employ the limited slip differential?”. You’re racing against other drivers, but they don’t compete alongside you. It’s just you, your vehicle, and a little slice of the wilderness.

Firing up Overpass‘ career mode for the first time, a tutorial will fill you in on the basics. It simply doesn’t prepare you for the challenges that lie ahead though. Making a start on your first season, you’ll soon discover that driving UTVs and ATVs over harsh terrain is much harder than you’d imagine. Taking on obstacle courses, it’s very easy to damage your chosen vehicle unless you treat it like it’s made out of glass. And when you get to your first hillclimb, you’ll be amazed at how a little bit of mud can cause so much trouble.

There’s a learning curve to Overpass, and it starts sky-high. You’re not eased in gently, and that can be off-putting. With most events lasting nearly ten minutes or so, it can be infuriating to be doing so well for the first seven, to then get stuck and ruin your chances of a podium finish. And you will get stuck. Do you restart the event and try again, or do you live with your mistakes? Bear in mind that if you don’t get a podium finish, you miss out on possibly unlocking a new upgrade.

Overcoming Overpass‘ obstacles feels awfully inconsistent at times, to the point where when you do succeed, you often feel like it was more down to luck than skill. You’ll try getting up a steep slope with 4WD mode enabled, lose all momentum and then simply get stuck or slide back down. You then might try again with limited slip differential mode, which only supplies power to wheels that actually have grip, and the result is likely to be the same. Nine times out of ten, success arrives out of dogged perseverance; trying one approach, then another until you’ve found all the pockets of grip. 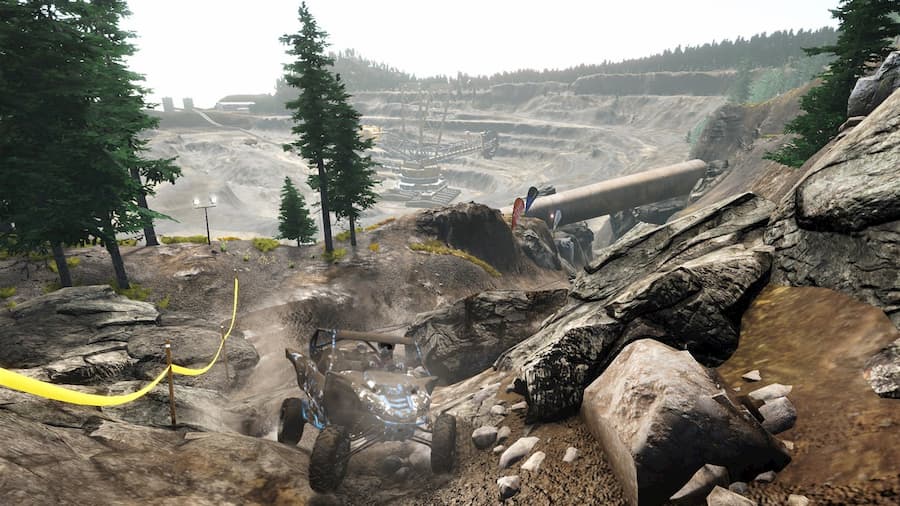 If you somehow find your vehicle turning on its side or roof, your position will be reset. You can also reset your position manually. Sometimes it’s actually helpful, giving you a bit of space to plan a new approach or get a run-up. Other times, however, it’ll drop you in the worst place imaginable, making overcoming the obstacle you’ve failed even harder. It doesn’t make for a pleasant experience.

There’s time to squeeze in 12 events in a season, most consisting of multiple trials. Obstacle course events are generally the best of the bunch, mixing rough terrain with log piles, see-saws and giant rubber tyres. Hillclimb events, on the other hand, will begin to instil terror. If you perform well your reputation will increase, and between each event opportunities pop up such as discounts on rider gear and even sponsorship deals.

Money earned can be used to buy new UTVs and ATVs once they are unlocked, and the same goes for upgrades. Money also needs to be spent to keep your vehicles in tip-top shape. Repairing your vehicles actually presents a strategic choice in Overpass. You have numerous tokens that allow you to repair a vehicle for free, instantly, but once they’re gone, you either have to instruct engineers to repair a vehicle while you use anther, or fix it yourself, forcing you to skip an event.

Outside of Overpass‘ career mode, you can take part in quick races or create your own sequence of events. There’s multiplayer, too, in the form of online, local split-screen and hotseat. All in all, it’s not the most generous of offerings. Unless you really find yourself enjoying the admittedly unique experience it provides and jump into career mode time and time again on higher difficulty settings, you’re not really going to get a lot out of it. 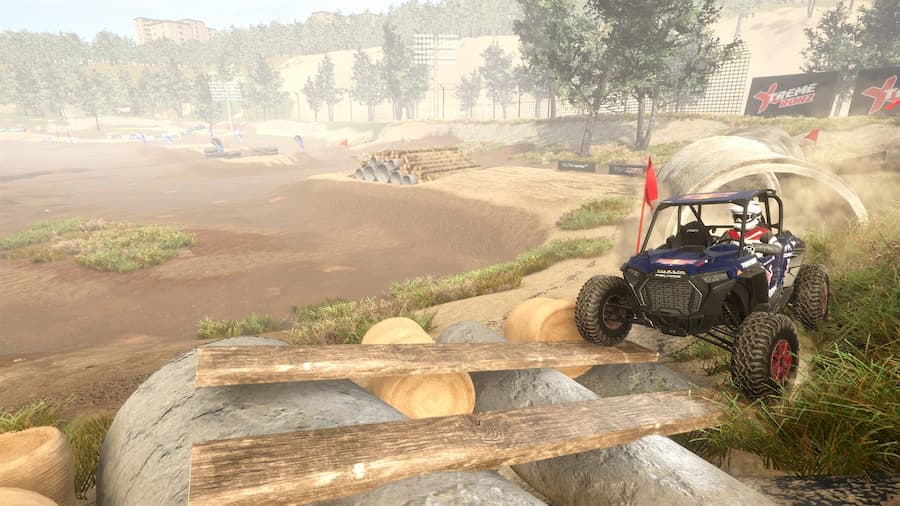 Honestly, I really like the concept of Overpass. It’s something different. If only it was pulled off with more panache and injected with a little more fun. It’s soulless; you don’t feel the vehicles struggling to get over craggy outcrops or fighting their way through mud. Sometimes, you get the impression that things just aren’t as they should be, either. I found my vehicle struggling to climb a slight incline made up of wooden planks, for example – just what are its tyres made of?

Playing on Xbox One, I was also disappointed to find that Overpass doesn’t have Xbox One X support. It’s not the worst looking game, but it sure could look prettier. What’s worse is that there’s a lot of screen tearing. If getting stuck on a hill isn’t bad enough, the image being distorted as you tumble back down just rubs salt into the wound.

If Overpass‘ events were a bit shorter, if you felt like you had more of a connection with your vehicle, if you didn’t get stuck so often, then it would actually be a decent game. As it stands, however, it’s rarely fun. Playing Overpass just made me angry, and I don’t like being angry. It’s like banging your head against a brick wall, repeatedly. It’s frustrating beyond belief. Why would you want to pay to introduce that feeling into your life?

Overpass is available on PS4, Xbox One Switch and PC. We reviewed the Xbox One version.