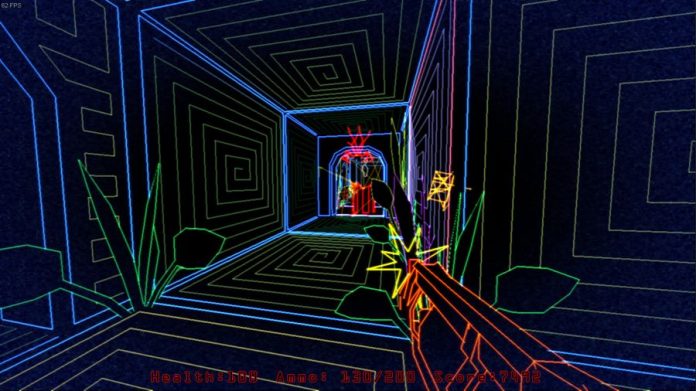 Remember the heady days of the first-person on-foot wireframe shooter?

No, me neither, but it hasn’t stopped Paradox Vector from revisiting a genre that never existed.

The spindly-legged child of DOOM and TRON, Paradox Vector sees you blasting your way through a range of wireframe-based levels, fending off space spiders, Definitely Not Daleks and other monstrosities.

Even though first-person shooters went from sprites to full-on 3D, Paradox Vector creates an convincingly authentic “what if” experience, complete with a mellow synth-style soundtrack. Aside from murdering enemies, who explode in a pleasing mess of polygons, you’re also tasked with gathering the necessary items to pass to the next level. Ammo’s at a premium so if you’ve not aimed carefully you’ll be running around the level while pursued by a murderous Roomba. 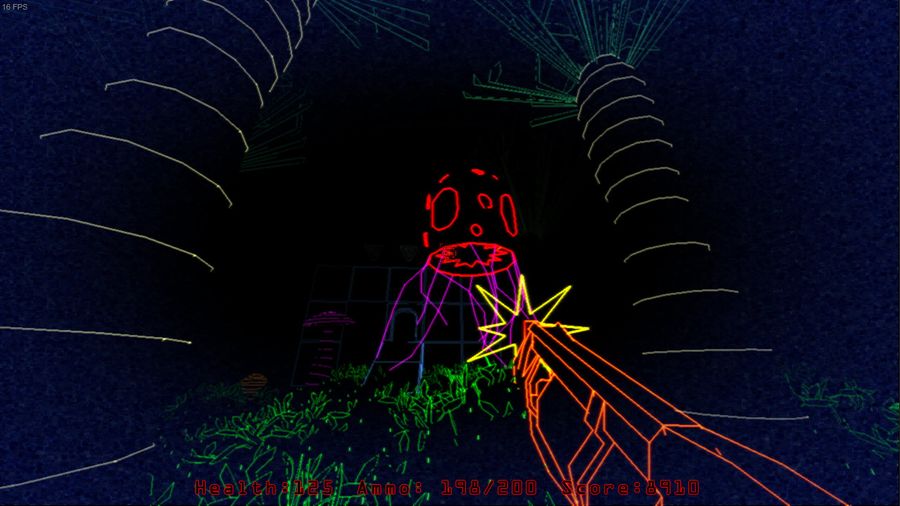 But what makes Paradox Vector worth sticking with is how mind-bending its level design is; it sports the kind of warped geometry usually seen in M.C. Escher paintings. The lack of decoration is mildly disorientating, but when you pass through the same corridor twice, you start to question your sense of direction. That can’t be right, can it? I mean.. you just walked down a slope, so how can you possibly be in the same place? You retrace your steps just to make sure you’re not going mad. Nope… you can see the same hole in the wall opposite.

If you only had something to drop, but Paradox Vector’s not going to let you get away that easily. So you start inching forward, trying to catch the game out; to cotton on to whatever trick it’s pulling; or to catch it teleporting you back to the beginning of the corridor. Five minutes later you’re no wiser and you begrudgingly accept that things aren’t going to be so straightforward. 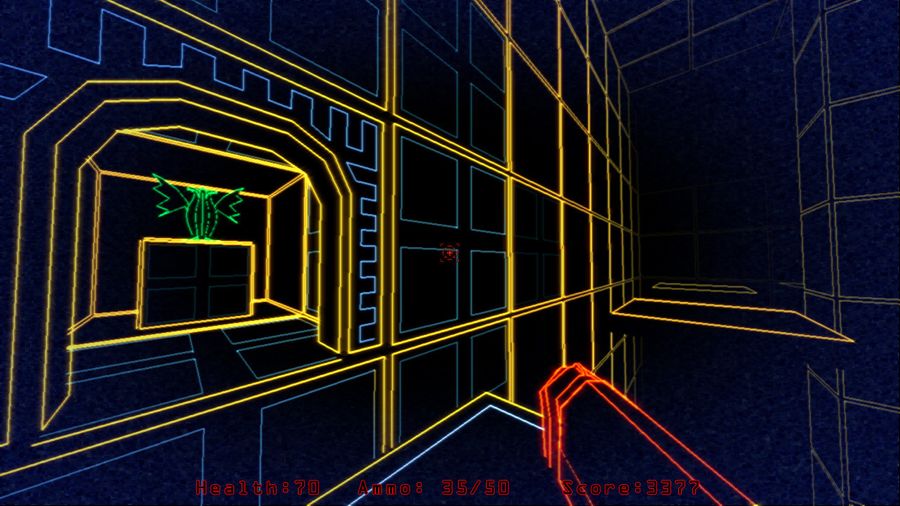 And that’s just the start of the madness. The level warping shenanigans continue as you find yourself walking on the ceiling and wrestling with other logic-defying oddities.

Fortunately, Paradox Vector stays the right side of frustrating; it taxes your trigger finger and your little grey cells but it knows when to pull back and let you soak in its retro-styled world. But if speed-running is your thing, buzzing through the levels is still an option.

Paradox Vector is currently in early access on Steam with a projected final release of June 2020. It’s well worth experiencing into this brain-bending chunk of retro never-was, especially with a current asking price of £2.09/$2.99.