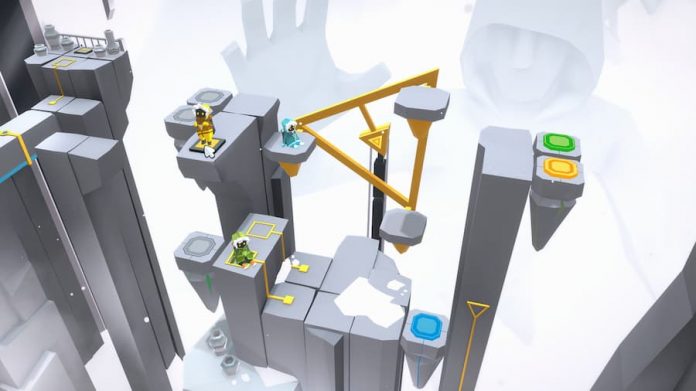 There’s nothing more satisfying than solving a difficult puzzle.

Combine that with some adorable characters and a cool, icy environment and you’ve got yourself the makings of a lovely game. And that’s exactly what Path of Giants from Journey Bound Games is.

After only 20 minutes or so with the game, I was entirely enraptured by the three little explorers that you play as. Spend longer with them and you’ll realise that they have an intriguing story to tell.

In Path of Giants you control Bern, Matchi and Totch as they traverse rocky, icy terrain in search of secrets and treasures. You’ll be controlling all three of these intrepid adventurers to reach a door that can only be opened by all three of them together. That’s what the game is all about: teamwork. You can only climb or jump down from ledges if one of your fellow explorers is there to lend a hand. You’ll be stomping on heads again and again to solve the challenging puzzles found among the ancient ruins. 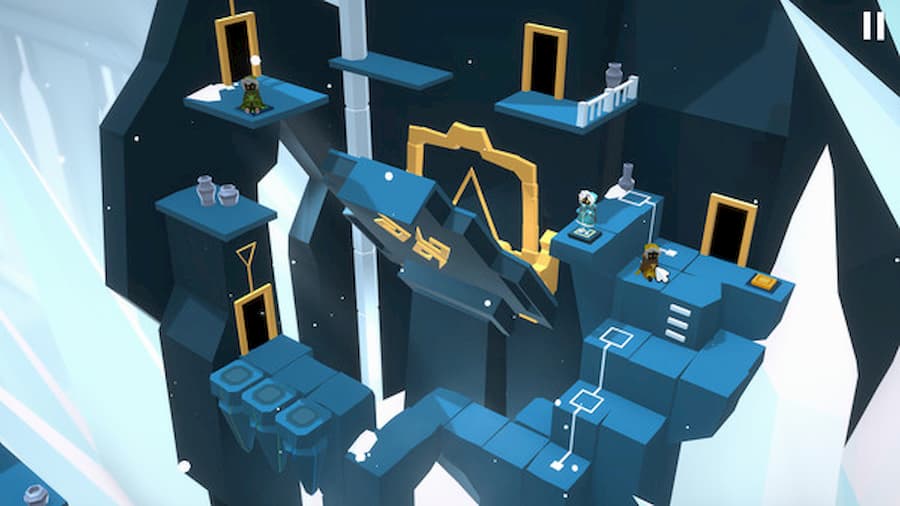 Having to make all three explorers cooperate isn’t as easy as it sounds because, as I mentioned, none of them can move up or down without help from the others. You may have reached the place where you want the blue explorer to be, but if the yellow explorer needs to be up there too and can no longer reach, you may have to try and find another solution to the puzzle.

As you continue, puzzles will be more and more complicated including bridges, doors, elevators and more.

At first glance, Path of Giants may seem like a lot of other puzzle/platforming games that you’ve played before. And in some ways it is, but in others – especially having to control all three characters by yourself – is a real challenge. Once you add all of those other wacky mechanics, you’ve got a really entertaining, calming experience. If you’re looking for something new, Path of Giants is well worth a try.

Path of Giants is out now on Steam and Android/iOS.