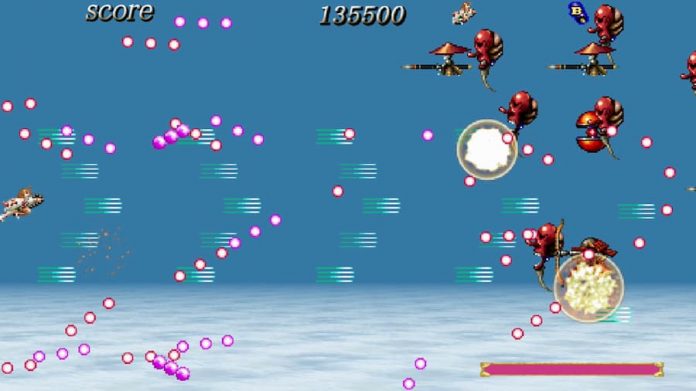 It’s all because of the games, really. While Psikyo Shooting Stars Alpha included the Strikers series and a smattering of other releases, Shooting Stars Bravo is a little more focused. You get Samurai Aces, its follow up Sengoku Blade, known as Tengai outside of Japan, and Sengoku Cannon, otherwise known as Samurai Aces III. Then, filling out the collection is Gunbird and its sequel, along with interesting spin-off Gunbarich. None of the games are bad, but as a collection it’s just not as impressive as Psikyo Shooting Stars Alpha.

The Samurai Aces series is a weird one. Starting with a traditional vertically scrolling shoot ’em up in 1993, 1996’s Tengai changed the format to a horizontally scrolling shoot ’em up, and that was kept for 2005’s Sengoku Aces III. Tengai is the best of the bunch here thanks to its fast-paced gameplay, cool character designs and generally pleasant 2D visuals. It’s just got more character than the original game. Sengoku Aces III, originally released on the PSP, however, is likely to leave you cold.

It reuses many of the sprites from Tengai, but places them over the top of ugly 3D environments. Additionally, the game’s bomb function is useless at times. You press the button and a destructive symbol appears seemingly wherever it likes. If the enemy or boss you’re trying to obliterate doesn’t make contact with it, it does no damage, meaning your use was wasted. And guess what? It happens way too often.

Gunbird and its sequel are the real highlights of the show. They’re both vertically scrolling shooters, complete with auto-fire and bombs, but they have tonnes of character. Like the Samurai Aces games, there are multiple pilots for you to choose from, each with their own unique attack patterns. These games are bit easier than the Samurai Aces games though, which are truly fiendish at times. There’s nothing truly unique about them, but they’re solid entries into the genre that are worth checking out. 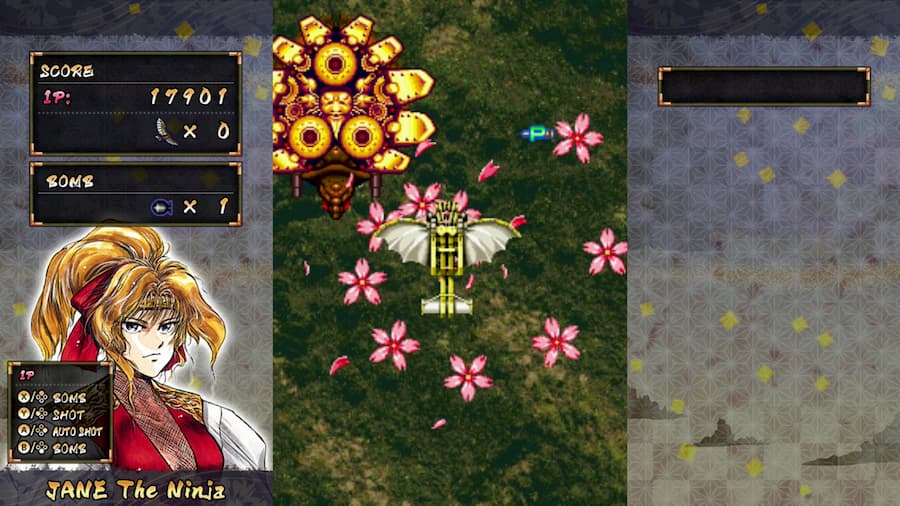 The most unique game to be found in Psikyo Shooting Stars Bravo is Gunbarich, which has actually been available in remastered form on Switch for quite a while. Imagine Breakout crossed with Gunbird, with pinball flippers added for good measure; that’s what Gunbarich is. In each stage there are bricks at the top of the screen; it’s your job to move a pair of pinball flippers and return a projectile to break them all under a strict time limit. To make things a little trickier, there are enemies that get in the way of your block-breaking endeavours, but there are also power-ups available to even up the score.

All of the features found in Psikyo Shooters Stars Alpha make a return here: you can tweak the difficulty of every game, TATE mode is accessible for the vertically scrolling shooters, and all games have screen filter options to make them a little more pleasant on the eyes. Unfortunately Psikyo Shooting Stars Bravo doesn’t have any of the extras that were missing from its predecessor either, though. You can’t make use of save states, for example, nor can you change the region of the games included to enjoy any differences. 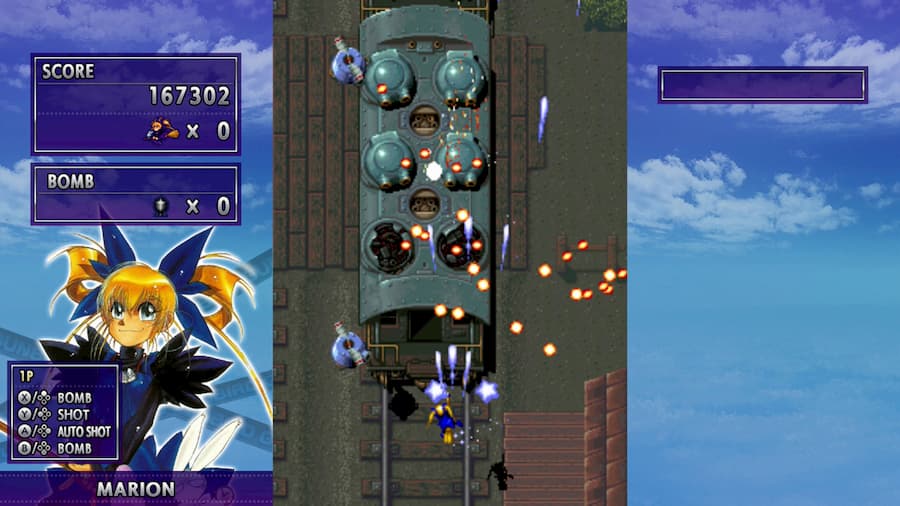 The biggest disappointment, however, is the lack of a museum so you can delve into the history of these games. They’re presented here without context or fanfare. Just six old shooters shoved together in one package without any further dressing. Perhaps if the bundle was bit cheaper it wouldn’t be much of an issue, but when you’re asking for £35.99/$39.99, a little something extra is expected. Saying that, though, it would cost you much, much more to acquire these games for older consoles, so if you really do want to play them, this is a bargain.

It’s not as good as Psikyo Shooting Stars Alpha, but Psikyo Shooting Stars Bravo is still an interesting proposition for shoot ’em up fans. It’s expected, what with this collection launching so quickly after the first, that it doesn’t do anything to address its predecessor’s shortfalls, but it’s still a little disappointing. If you’re after yet more shoot ’em ups to add to your ever-growing Switch collection and don’t mind the lack of extras, go ahead and jump right in. Most will probably want to wait for a decent sale though.