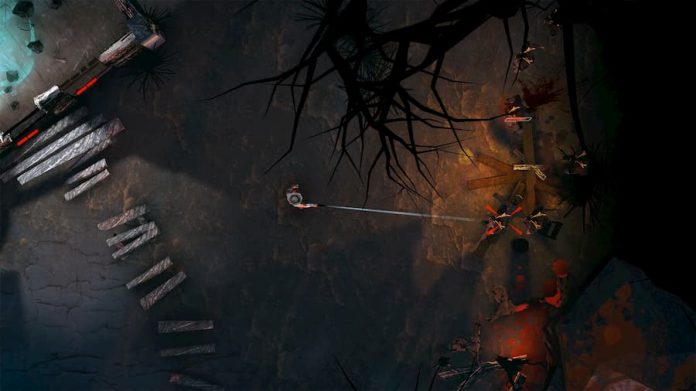 Fast-paced western/horror themed action game Ritual: Crown of Horns will be riding onto PS4 this week, bringing a horde of demons in its wake.

Become an undead bounty hunter out for revenge in Ritual: Crown of Horns, a frantic twin-stick shooter set in a world that blends the Wild West with demonic occultism. Originally released for PC in November last year, Draw Distance and Feardemic have announced that a PlayStation 4 version will be dropping this Friday, February 28th.

To track down those who killed him, this zombie bounty hunter forms an unlikely duo with a witch, who aids him with powerful rituals while also pursuing her own agenda. Hold back swarming hordes of enemies with a variety of weapons and spells while the witch works her magic, unlocking upgrades along your journey to build your power.

Ritual: Crown of Horns is available on PC, and is coming to PlayStation 4 on February 28th. Check out the latest gameplay trailer below, or head over to the official Draw Distance website for more information.