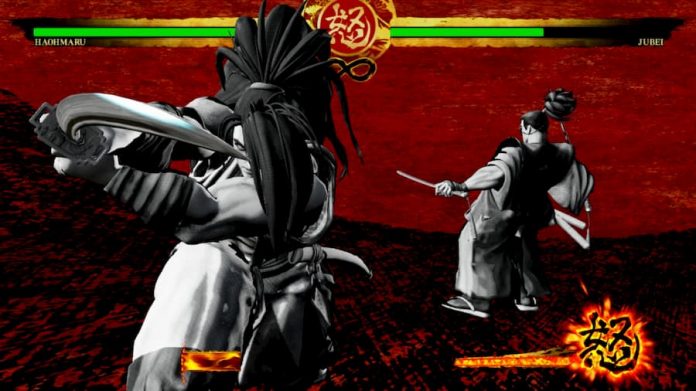 It’s been over six months since Samurai Shodown released on PS4 and Xbox One.

Since then, a whole season of DLC characters has been released, it has launched on streaming-only service Google Stadia, and now, finally, it’s available on Switch. We loved it on PS4, and we’ve enjoyed having the odd bout on Stadia, but the question is, is the Switch port any good? Is it worth your money? The short answer is probably not. Not at full price anyway. But we’ll get to why in a bit. For now, we’ll just assume that you don’t know what the game is and fill you in.

Essentially a reboot of SNK’s long-running and fairly popular fighting game series, Samurai Shodown pits 17 fighters against each other in a quest to destroy evil. Despite the name, however, they’re not all Samurai; sure, you’ll find some among the roster, but also ninjas and many other fighters with unorthodox styles. We’re not going to complain, as it keeps the action interesting.

In terms of modes, Samurai Shodown isn’t particularly generous to single-player pugilists. There’s a story mode in which you can take each character through their own arc, but it’s not of the cinematic NetherRealm Studios variety. It’s basically just arcade mode with some story scenes thrown in between bouts of combat. Other than that, the only thing single-player gamers have to occupy their time is the Dojo, in which they can battle ghosts of other players. The real challenge is beating 100 of them in a row.

Samurai Shodown is very much a game that demands you get involved with the community to get the most out of it. If you have friends with their own copy of the game or are happy to come around for a local versus session, that’s fine. If you don’t, however, then that might be a bit of a problem. Samurai Shodown‘s online community isn’t the most buoyant, and the patchy netcode means that long distance battles don’t always play out so well. That’s a real shame. 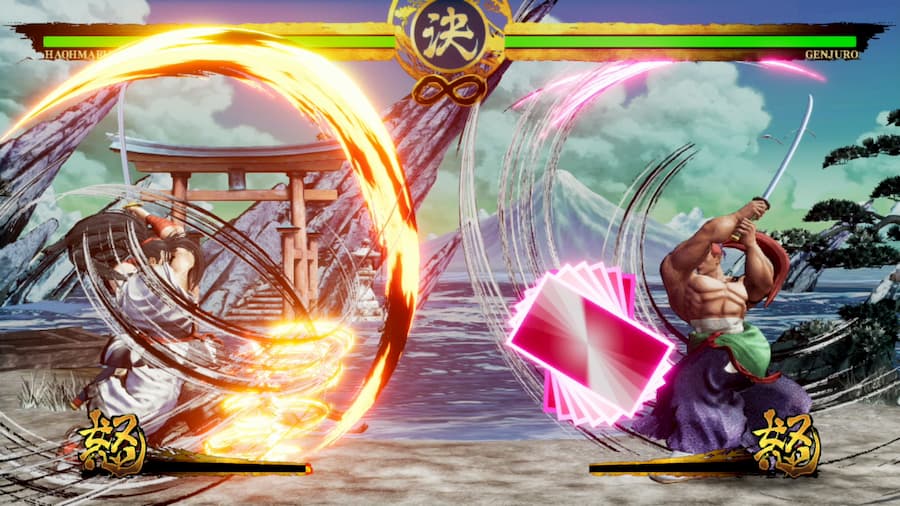 The combat itself, though, is pretty brilliant. Samurai Shodown‘s four-button attack system means it’s easy to pick up, but there are plenty of advanced manoeuvres to give combat some depth. With characters being armed, many attacks hit (or slash) hard, making battles tense affairs where one mistake can spell disaster. Whether you’re a fighting game rookie or a seasoned pro, you’ll certainly have fun. And as you increase your skills, you can take on harder ghosts in the Dojo before jumping into real competition online.

So, Samurai Shodown is an excellent fighting game at its core, but it’s not the most feature-packed nor content-rich. On Switch, it has other issues, too. Aiming for 60fps, for example, has meant that the graphics have had to be pared back. Whether you’re playing docked or handheld, image quality is blurry due to the game’s low resolution. And while character models still look rather nice, many of the backgrounds are ugly. On top of that, load times are longer than ever.

The drop in visual quality could be excused if it meant that the game actually ran at a steady 60fps, but it doesn’t. Samurai Shodown often skips or slows down during gameplay, distracting you from the combat. It’s blasphemous to say, I know, but I feel the game would have benefited from being locked at 30fps on Switch for consistency. Perhaps the visuals could have been a bit prettier in that case, too. 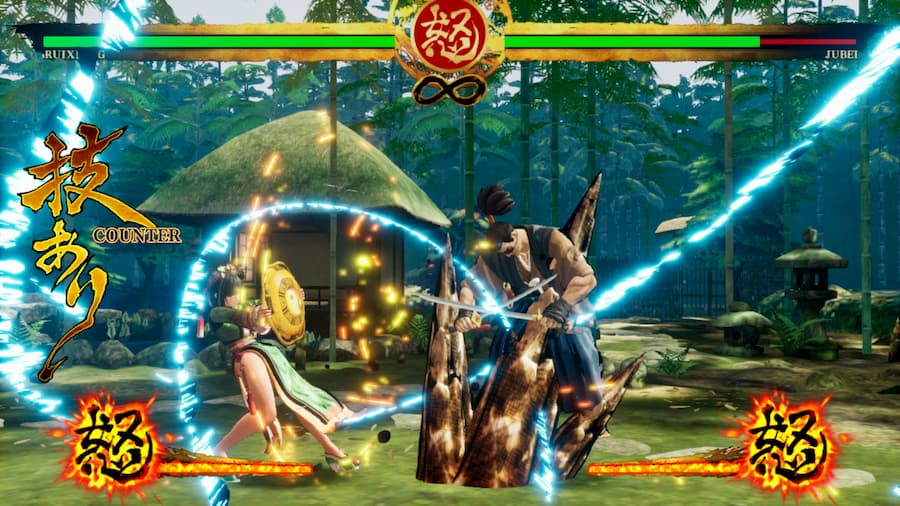 Samurai Shodown‘s real killing blow though, is that it’s arriving so late after other console versions – yet costs just as much as they did at launch. In fact, it costs a hell of a lot more now, as PS4 and Xbox One versions can generally found in the bargain bin now. Perhaps if the first season of (already available) DLC characters was included for free it wouldn’t be too bad. But instead, after shelling out £44.99/$49.99, you still have to see fighters on the character select screen that you can’t use.

Samurai Shodown is a good fighting game. It really is. But with the Switch version’s framerate issues, long loading times, and blurry visuals stacking on top of the existing lack of content and modes, however, its cost is a large pill to swallow. If you’ve got money to burn you’ll certainly get some joy out of it, but with fighters like Under Night In-Birth Exe: Late[cl-r] now available on Switch, it could be better spent elsewhere.

Samurai Shodown is available on PS4, Xbox One, Switch and Stadia. We reviewed the Switch version.

Want to support GameSpew? Buy Samurai Shodown using our Amazon affiliate link. It won’t cost you anything extra, but we’ll get a small slice of the purchase.