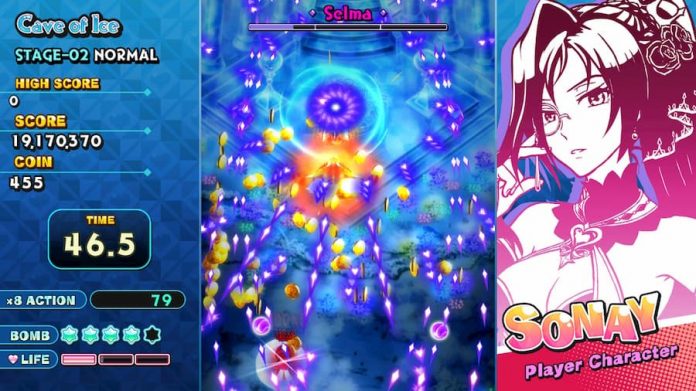 No one plays shoot ’em ups for their stories, do they? You certainly shouldn’t when it comes to Sisters Royale: Five Sisters Under Fire.

In Sisters Royale: Five Sisters Under Fire, there are indeed five sisters. They’re powerful sisters, too, and for that reason they’ve been tasked with defeating Seytan, an evil entity which threatens the safety of the world.

But their petty squabbling means that they haven’t completed the task. Instead, they’re all fighting over the affection of a man.

And so begins Sisters Royale, a game in which you take control of any one of the five sisters in the hope of defeating the others and capturing the attention of Yashin, a dashing angel. So yeah, the story is crazy. But the worst part about it is the actual dialogue, which is just terrible. Thankfully you can turn off the story scenes in the game’s options menu, which is something you’re going to want to do if you plan to play through the game more than once. 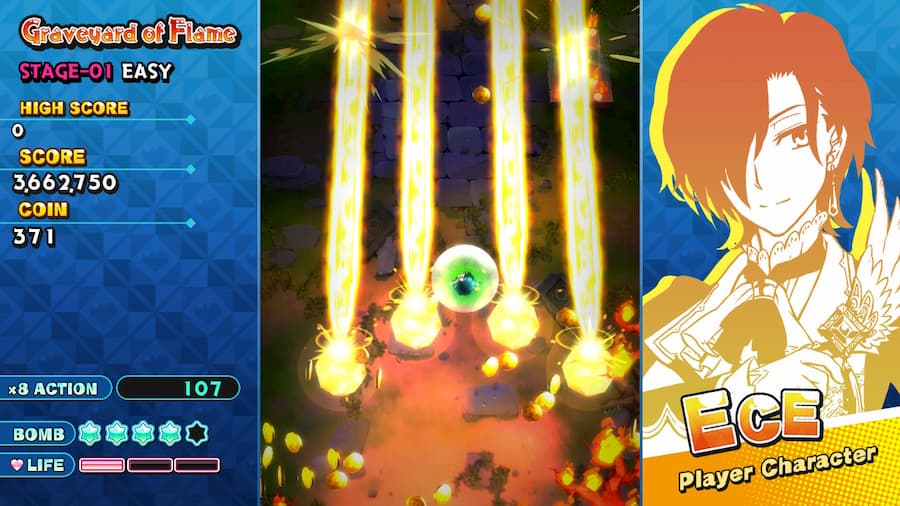 When it comes to the actual gameplay of Sisters Royale: Five Sisters Under Fire, however, it’s not all that bad. A vertically-scrolling shooter, it has the usual features: a score system that rewards players putting themselves in danger, screen clearing bombs, TATE mode. It also tries to throw in some new twists, too. Along with each character having their own bullet pattern, they also each have their own summon to make use of, for example. They’re highly damaging to enemies, but they demand you to get close to be effective. And instead of your characters flying through they air, they run on the ground. That means environmental hazards such as patches of ice can come into play.

A bright and colourful game, Sisters Royale: Five Sisters Under Fire is rather short with only five stages. Each stage has a range of unique enemies and hazards to overcome though, even if they’re not all that inspiring. To play effectively and get high scores, you’ll need to move close to enemies and their projectiles, boosting your attack. It’s a matter of risk versus reward, and overall it’s both challenging and fun. But unless you are a score-chaser it just doesn’t have much long-term appeal. 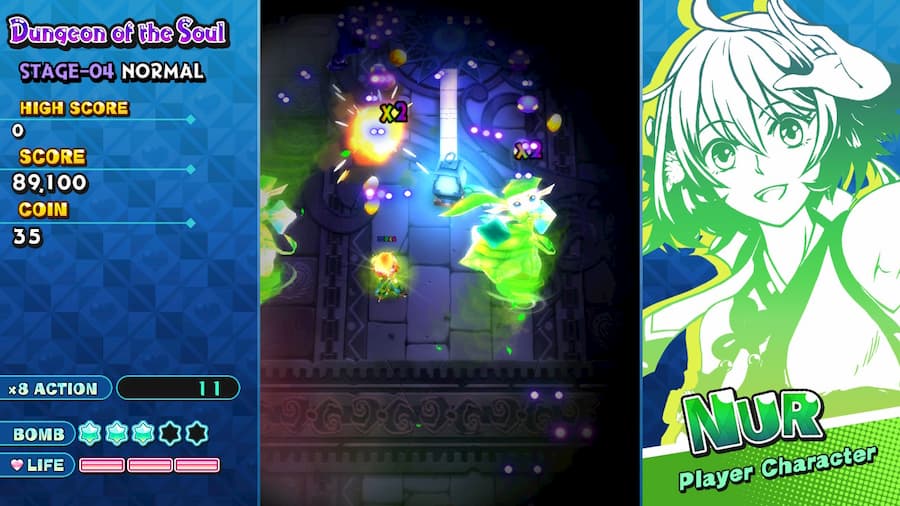 There’s a practice mode so you can jump into any level to improve your mastery of it, and of course there’s the story mode, but that’s all. There’s no time attack or score attack mode. You can tweak some settings in the game’s option menu to fine-tune the experience but that’s about it. The only things that might entice you to go back to the game are online leaderboards and multiple difficulty levels.

Sisters Royale: Five Sisters Under Fire isn’t a bad game by any means. It struggles to impress, however. It’s just too light on features and content, and its gameplay doesn’t excite on the same level that many of the other shooters currently available do. If you’ve exhausted every other shooter in your library and want something new to play, you’ll find some enjoyment here, but it’ll be short-lived. This a game best put on your ‘wait for sale’ list.

Sisters Royale: Five Sisters Under Fire is available on PS4 and Switch. We reviewed the Switch version. 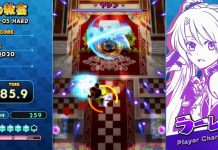