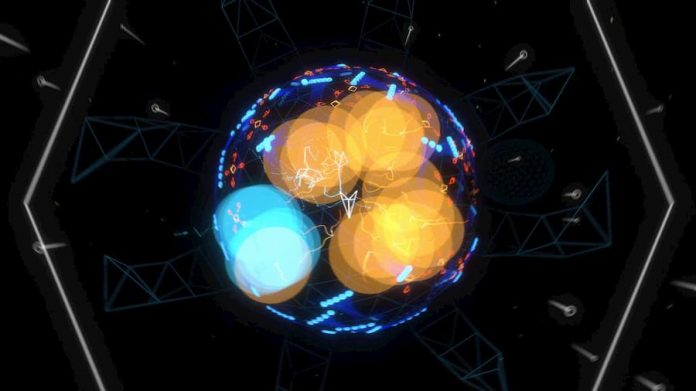 I’m not sure if TERROR SQUID needs capitalising, but that’s how it’s written in the press release. TERROR SQUID.

You’ve got to admit that TERROR SQUID, shouted at higher-than-normal volume levels sounds fun before you even know anything about it. Besides, squid is a funny word as it is. Add ‘terror’ to it to create TERROR SQUID, and already you’ve got something that immediately grabs your attention.

Ahem, where was I?

TERROR SQUID (there it is again) claims to be Norway’s ‘first arcade game’. I cannot prove or disprove that statement, but it doesn’t matter. TERROR SQUID describes itself as a ‘score-attack synth nightmare’; it looks a little like an old-fashioned bullet hell game, but there’s one key difference. In TERROR SQUID the bullets you’re trying to avoid are your own. And the goal is to survive as long as you possibly can.

That sounds pretty cool, right? But what really sold it for me (besides simply being called TERROR SQUID) is the teaser trailer. Prepare your eyes and your brains, because this is a lot for this time in a morning:

It doesn’t tell you anything about the type of game that TERROR SQUID is, but does it matter? Do you not watch that teaser trailer and feel like you’ve seen something important, the holy grail if you will, and now all that matters is you play TERROR SQUID and try not to bleed from your eyes?

There is another, somewhat more normal trailer if you actually want to see the game in action. But where’s the fun in that?

Anyway, TERROR SQUID is coming to Nintendo Switch and Steam this spring. Remember that name. TERROR SQUID. You can add it to your Steam wishlist if you’d like, too. 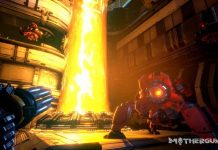 Hands on With Mothergunship: A Delightfully Different Bullet-Hell 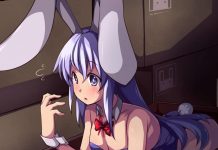 Review: Rabi-Ribi is a Brilliant Metroidvania