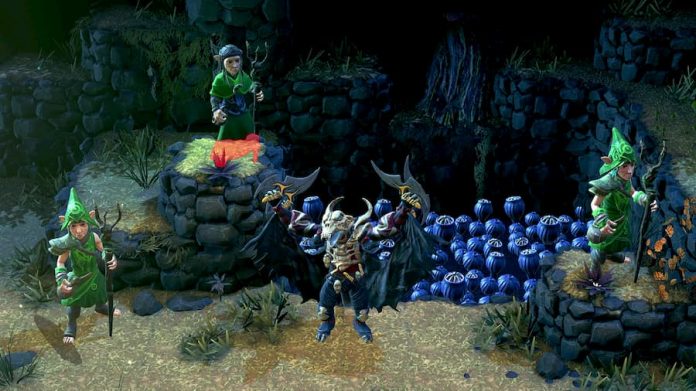 You might find yourself a bit lost trying to follow the story of The Dark Crystal: Age of Resistance Tactics unless you’ve watched the Netflix show of (nearly) the same name.

Allowing viewers to delve further into the world of Jim Henson’s The Dark Crystal, the story of Age of Resistance is presented here in a very disjointed and scatty way. And because of that it doesn’t draw you in very well. It doesn’t help that there’s no voice acting, either; the story unravels via a procession of text boxes and the occasional comic book-style segment. Suffice to say, you’ll quickly find yourself playing Age of Resistance Tactics for the fun of the gameplay and ignoring the story scenes.

While The Dark Crystal: Age of Resistance Tactics‘ storytelling is sub-par, its strategy RPG elements are robust, though perhaps a bit basic. Battles are accessed via a world map, and players might be glad to hear that they’re given a little freedom; at times it’s your choice in which order you complete a small selection of missions. There are also optional battles you can jump into at any time so you can grind levels, currency and equipment. Thanks to a range of difficulties that can be changed between battles, you don’t have to grind if you don’t want to though.

At the start of each battle you place your units, though some require you to use certain characters which will already be placed. Once you’ve filled all the available unit slots, the battle gets underway with units acting depending on their speed. The actions that a unit can perform depends on their primary and secondary classes, allowing you to customise their palette of abilities. Initially only soldier, scout and mender classes are available, but by levelling those up, more classes become available – and yet more if you level those up. The system allows for a great degree of unit customisation and specialisation, though you need to carefully consider class choices in the early stages of the game to access the most advanced classes. 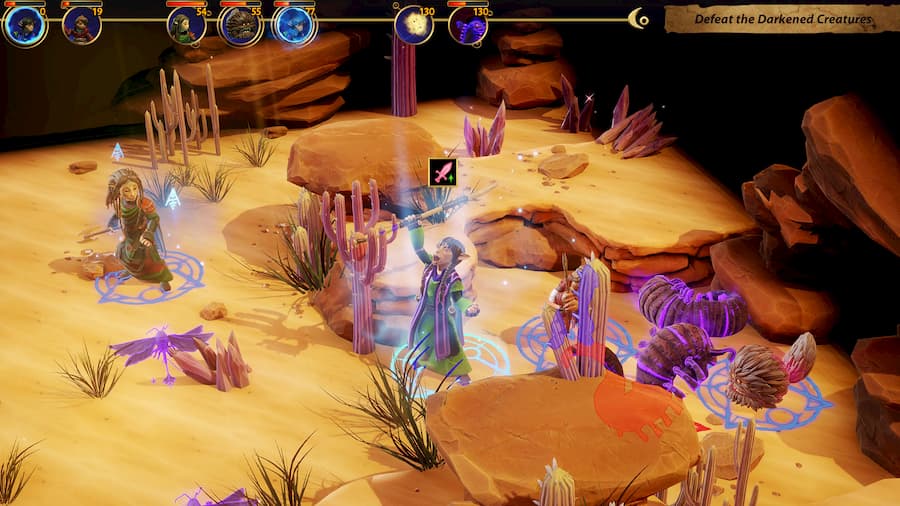 Battles are small in scale but that works in The Dark Crystal: Age of Resistance Tactics‘ favour. Think Vandal Hearts, where fights were never drawn out. You don’t always have to defeat all opponents to win, either. Sometimes you simply need to defeat a certain enemy, for example, or get a specified number of characters to an exit. There are also environmental hazards to watch out for. Sometimes it’s beneficial to push powerful enemies into pits full of carnivorous plants, or push boulders to block paths or cause damage. Strong winds can move enemies and characters, too, causing disarray on the battlefield.

Of course, winning battles grants experience, and as units level up their primary class they unlock new abilities. Three abilities from a unit’s primary class can be equipped, and two from its secondary class. They range from physical attacks with added effects, to status changing spells and even simply throwing rocks. Pearls are also gained from winning battles, which are The Dark Crystal: Age of Resistance Tactics‘ currency, and the occasional piece of equipment. Most characters can equip a weapon as well as a piece of armour and a trinket. They can be bought from a shop with pearls if you’re not lucky enough to obtain them via battle. 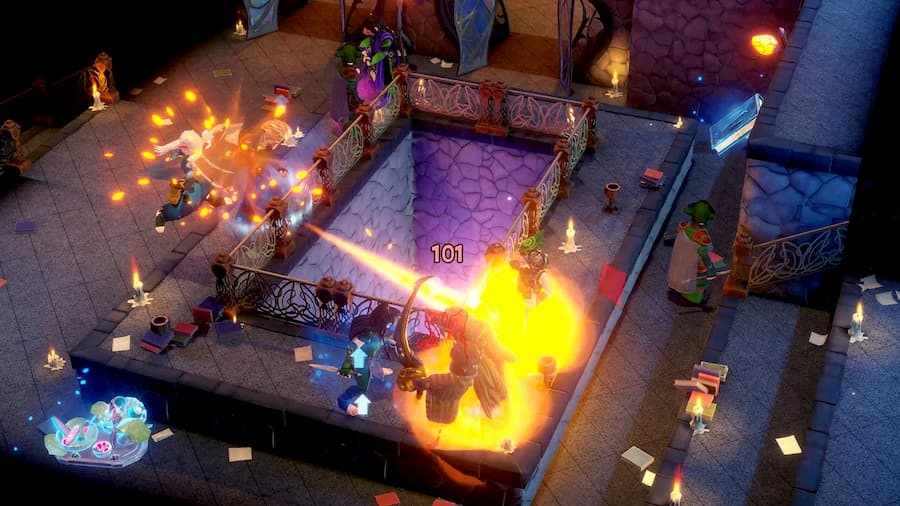 The number of units available to you is small in the beginning, but grows as you move through the story. As you can only take a handful into each battle, however, you’re likely to find a small group that you like and focus on them. Most of the characters you recruit are Gelflings, but you do gain the companionship of some more unusual creatures, too. Their unique classes grant them useful abilities that aren’t available to Gelflings. The cute Fizzgig can’t make use of weapons and armour, either, but you’ll still probably want to take him along for the ride.

The Dark Crystal: Age of Resistance Tactics is quite a sizeable game for its price – you can expect to get at least ten hours of play out of it. It has decent music and visuals, too. It’s just a shame that its story isn’t engaging at all. If it wasn’t for the enjoyable nature of its battles – which admittedly don’t try to raise the bar – it’d be a total disaster. So, if you’re a fan of The Dark Crystal or just love strategy RPGs, you’ll get some enjoyment out of it. Just don’t expect it to blow you away. If you have little interest in either of those things, however, there’s nothing for you here.

The Dark Crystal: Age of Resistance Tactics is available on PS4, Xbox One, Switch and PC. We reviewed the Xbox One version. 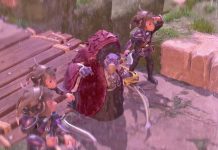 The Dark Crystal: Age of Resistance Tactics Launching for Consoles and PC on February 4th