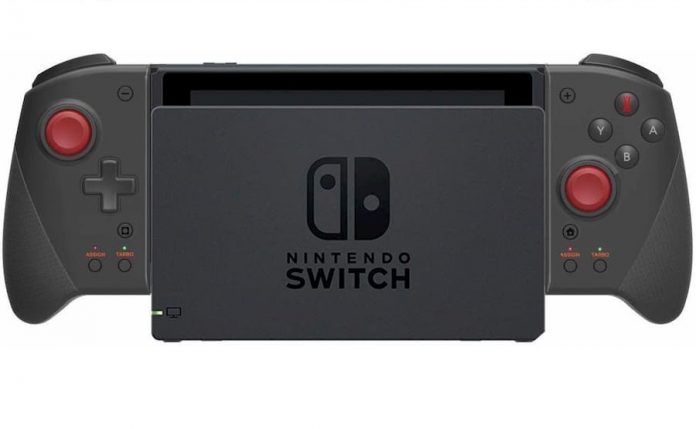 I hardly ever use my Switch in docked mode.

To me, the Switch is and always will be a handheld device. If I want to play something on the TV, I’ll boot up the PS4 or Xbox One for a better experience. The only problem is, with standard Joy-Cons, the Switch isn’t very comfortable to hold, especially when you’re laid flat in bed. It’s awkward, clunky, and also quite heavy.

There is, of course, the Switch Lite, which is made for people like me who only see the Switch as a handheld. Its a great little device, but again, its dinky size means that it’s not the most ergonomic thing to hold for long periods of time. Plus, the new standard Switch has better battery life. So, just what is the ideal setup for someone who uses a Switch almost exclusively in handheld mode at home, yet wants to retain the console’s versatility and have the best battery life? The answer is the HORI Split Pad Pro.

Available now from retailers such as Amazon, the HORI Split Pad Pro aims to make your handheld Switch sessions much more pleasant. And boy does it definitely do that. In the box you get essentially what the name suggests: a pro controller for Switch that’s been split in two. Replacing the left and right Joy-Cons, using the HORI Split Pad Pro you get two full-size analogue sticks, chunky face buttons, a brilliant d-pad, and shoulder buttons that are much easier to hit. It’s like stuffing your Switch’s screen in the middle of an Xbox One controller, and that’s brilliant.

On the underside of each controller, you’ll also find a handily placed button that you can assign yourself. There are some limitations as to what you can assign to them though – i.e. you can’t assign the + or – buttons to either of them. Each controller also has a ‘turbo’ button, so they’re great for people who can’t mash buttons very well, or just want to cheat. 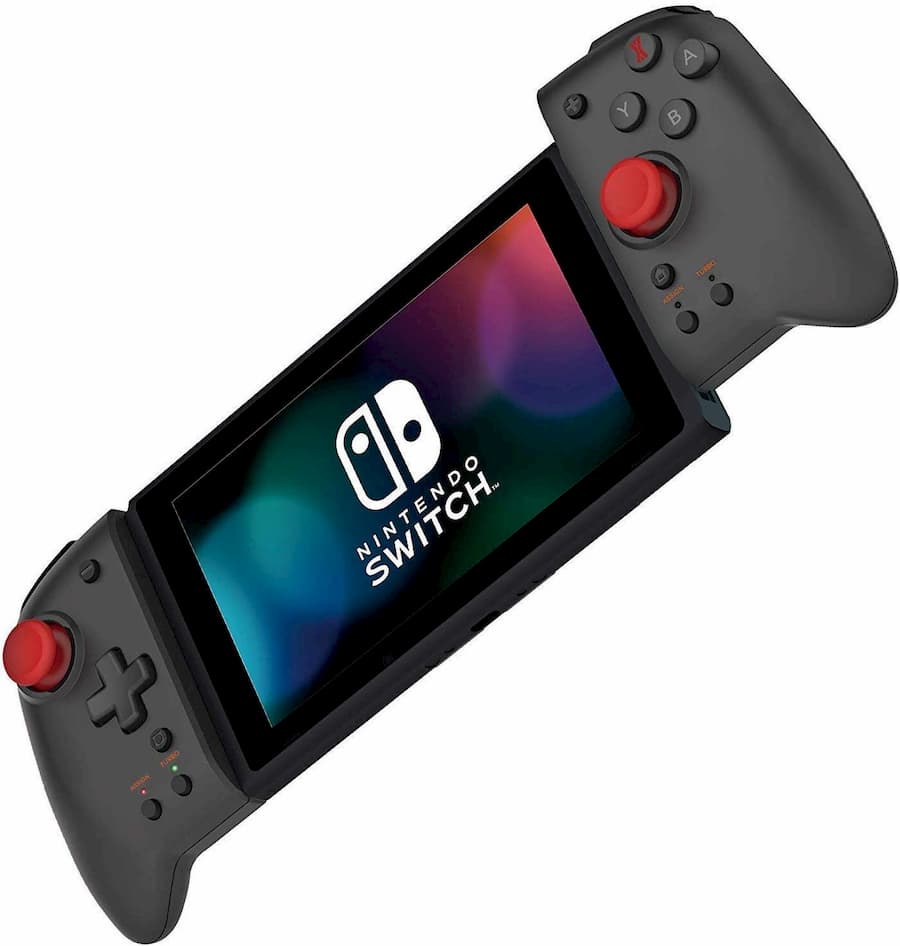 And there’s more. There’s no Amiibo support, you can’t use them separately from your Switch, and motion controls are a no-no. Additionally, the reason the HORI Switch Pad Pro makes your Switch lighter is because is doesn’t have a battery, nor does it feature rumble. So that means no feedback while playing, and you can expect your Switch’s battery to drain a little bit quicker. It’s worth noting that the Switch Lite also doesn’t have rumble, however.

The HORI Split Pad Pro isn’t perfect, then, but what is? All I know is that since getting this, I wouldn’t dream of playing my Switch in handheld mode with standard Joy-Cons, and my partner has also started using them. The fact that they’re inexpensive is the icing on the cake.

With a retail price of £44.99/$49.99, the HORI Split Pad Pro is only a bit cheaper than an official Switch Pro controller, but a hell of a lot cheaper than a set of new Joy-Cons. You can often find them on offer, too, making them even more of a bargain. Needless to say, if you find yourself using your Switch in handheld mode around the house often, definitely consider investing in the HORI Split Pad Pro. Your hands will thanks you for it.