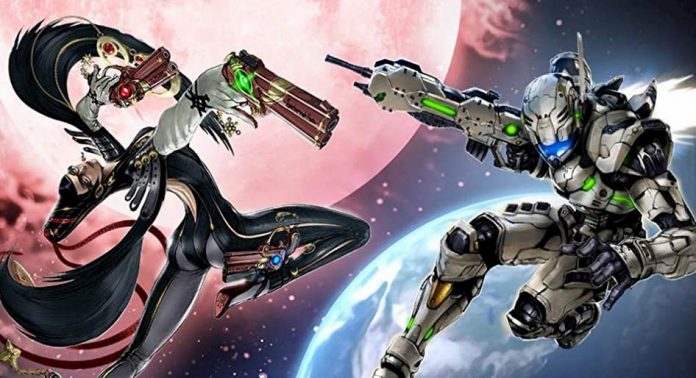 Another week is over, which means we’re yet another week closer to Final Fantasy VII Remake. Not that we’re counting or anything.

That’s right, we’re not just sat here twiddling our thumbs all day long, we’re playing games of all shapes and sizes. Some of them are great, others less so, but we promise you, our readers, that we’ll let you in on the info. So without further ado, here’s what we’ve been playing this week.

Rich: I’ve been busy this week. Last weekend I was pretty much committed to Bayonetta & Vanquish 10th Anniversary Bundle, which is a delight really. Both of these games are classics, and on Xbox One X they truly shine.

Playing classics has been a theme this week, I’ve just realised. Why? Because I’ve also played and reviewed Psikyo Shooting Stars Bravo, Double Dragon & Kunio-Kun: Retro Brawler Bundle, and SEGA AGES: Sonic The Hedgehog 2. Add onto that Under Night In-Birth Exe Late[cl-r], and Warriors Orochi 4 Ultimate which I’m still to write about, and I’ve been playing a whole lot of old games.

I have played and reviewed one truly new game, though: Katana Kami: A Way of the Samurai Story. If you like dungeon crawlers and slashing things with samurai swords, definitely give it a go.

Kim: Switch has been my console du jour this week. I’ve put a fair old bit of time into the delightfully zany Snack World: The Dungeon Crawl – Gold, which released last week. It’s bold, bright, and loves a good poo joke (who doesn’t?) – but most importantly, it has a fun and addictive gameplay loop. It’s one I’ll be going back to time and again, for sure.

I’ve also reviewed Ciel Fledge: A Daughter Raising Simulator, which was… alright. As much as I’d love to actually raise a daughter, I hope it’s not as dull as it’s portrayed here. There are some interesting elements to the story, but the moment-to-moment gameplay is a little too slow to keep your attention. Oh! I also replayed Florence, following its Switch release, which is just as delightful as ever.

Becca: I came down with a bit of a cold this week, so I really haven’t been able to play much while in and out of unconsciousness. I did get the chance to play the platforming game Zero Zero Zero Zero, though, which feels like an old classic. Players that enjoy pixel graphics and something very challenging will appreciate this one!

I also jumped back into Overwatch on my PlayStation for the first time in forever and did all of my placement matches for competitive season 20. I placed gold as DPS and healer, and silver in tank, which I have to say is pretty good considering I haven’t played the game in over three months. Unfortunately the reason I left Overwatch was because of players not choosing characters that are helpful to the team, and this is still one of the biggest problems with the game. In a game where you’re meant to work together with your teammates, people still seem to have a problem helping their team. Perhaps Overwatch 2 is exactly what this community needs to teach people how to cooperate.

Diggy: Unusually, I’ve found myself hosting guests again this week, so my quest to find the best local multiplayer/party game of all time has continued. We tried the chaotic Marooners for a while, which kept things tense by constantly switching between a handful of quirky minigames. It was definitely lots of fun, but it was almost TOO frantic, and we grew tired of it relatively quickly.

Remembering a recommendation from GameSpew’s own Becca, I also downloaded Fusion Frenzy via Xbox Game Pass. As soon as the game booted up we were confronted with an enormous list of game modes, and we worked through them at random, finding the good minigames among the naff ones. The biggest laughs of the whole night came from the Victim mode, which was sort of an extreme version of “Tag” involving a bomb, a ticking timer and some escalators.

Chris: I’ve yet to dive in, but I’ve been reinstalling No Man’s Sky so I can mess about with the veiny, nightmare-fuel insecto-ships that were added to the latest update. I also mucked about with Main Assembly and I’ve been impressed with the potential of this sandbox build-em-up. My greatest accomplishment has, to date, been strapping some rockets to a plank of wood and watching it roar off, losing two engines in the process.

Doom has occupied my time – I’m revisiting it preparation for Doom Eternal, though it’s made me a little more wary of Bethesda’s sequel. Bethesda have elected to added jumping and grappling to Doom Eternal, apparently to break up the tedium. Except that Doom doesn’t need that – playing Doom, I never once got bored, so why throw those extra mechanics in there? It seems unnecessary. Maybe Doom Eternal will prove me wrong.

Stan: Sadly I haven’t had too much time to game this week; I’ve been spending a lot of time with my new mates called Michael, Franklin and Trevor. Michael is a pretty decent guy, but man is his family messed up. Franklin is a cool guy who looks after a dog that is awesome. And Trevor, well, Trevor is something.

Yup, that’s right – I’ve been playing Grand Theft Auto 5 all week, and yes, I’m so immersed in it I’m not quite sure I’m playing a game anymore. This may well actually just be my life now. Honestly, I’m worried I may even have a slight problem with the game…That’s why I’m going to go to my therapist with my good friend Michael. Fingers crossed it’s not too much of a problem.