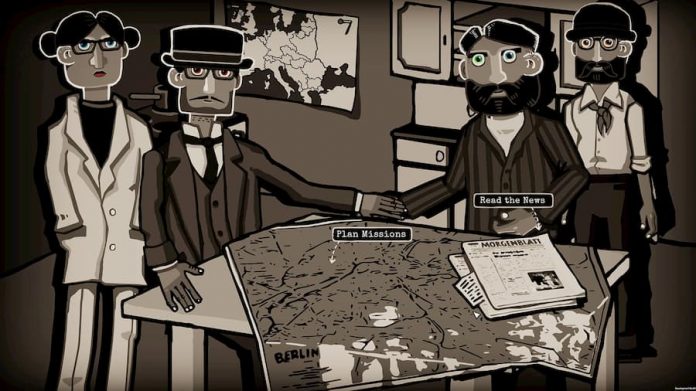 As its name may suggest to you, Through the Darkest of Times isn’t exactly a lighthearted, happy-go-lucky kind of game.

Berlin, 1933. Hitler’s begun his rise into power, and the German Reich is spreading fear and suffering across the country. Through the Darkest of Times, a strategy game from developer Paintbucket Games, thrusts you right into the middle of it. You’re in charge of leading a rebellion against the horrors being committed by the National Socialists – but that comes with heavy risks, as you’ll quickly find out.

As the game begins, you’re taken to a character creation screen to randomise or create your own character. Exactly who you play as doesn’t really matter; you’ll be carrying out the same tasks and facing the same threats. With just two other people by your side to begin with, your goal is to rally support to oppose the Reich. That means spreading the word in numerous ways, sending your group out on various tasks.

To start off with, those tasks will be as simple as going to a workplace to chat to people, or to collect money. That’s risky enough: if a nationalist even suspects you’re up to something, you could be facing unspeakable punishment. But it’s not long before you’ll be printing flyers and painting large posters before organising rallies and public demonstrations. And that’s when things get really dangerous. 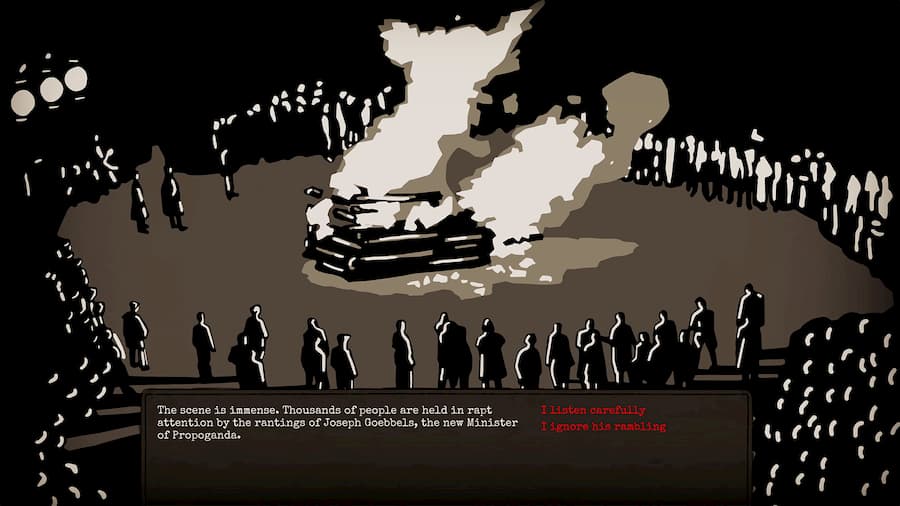 Indeed, only a few days into my resistance career in Through the Darkest of Times, my neighbour cornered me as I entered my apartment, suggesting I was working against the fascist regime. I denied all knowledge, of course, unsure of how he could already know. But sure enough, that night, my apartment was raided, and I was dragged from my bed by soldiers. Kept prisoner for several days, I was beaten and tortured for information before finally being released.

Its cartoonish art style may seem a little too light for the subject matter at hand, but Through the Darkest of Times‘ neutered, sepia-tone colour palette is there to remind you that the game is dealing with a dark subject matter; one that is often brutal. It’s an austere reminder of what humanity lived through leading up to the Second World War, and seeing it first-hand is a chilling, but important lesson. 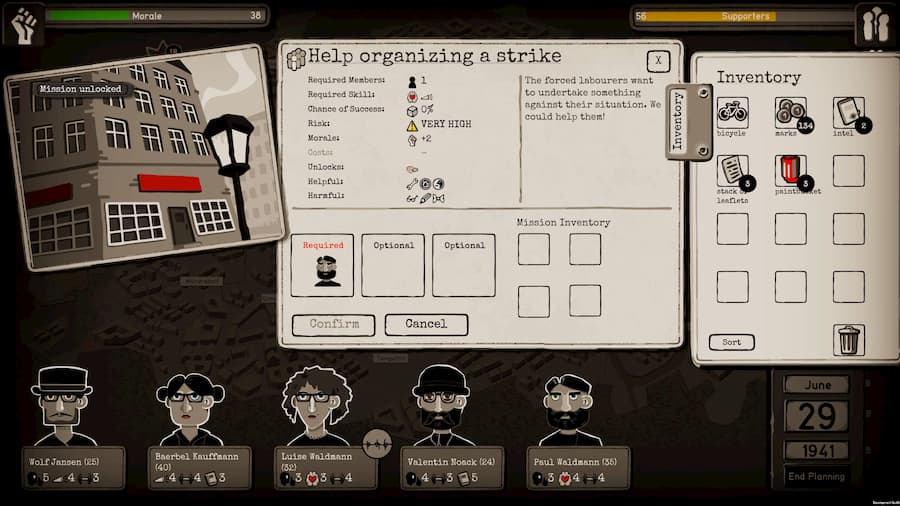 Being a strategy game, the actions you take while playing naturally impact the outcome of the game. You might not get dragged out of your apartment as I did – but you could fare worse. The further you progress in Through the Darkest of Times, the higher the stakes become.

Of course, history has already been written, and so you can’t change the outcome or prevent the Nazis from carrying out the majority of their atrocities – but you can do everything in your power to fight against them. Even if it’s not enough, it’s empowering to try – though the repercussions can be devastating. Through the Darkest of Times is ‘just’ a game, but it paints a very real picture of 1930s Germany – and as harrowing as it can be to experience, it’s important that we don’t forget.

Through the Darkest of Times is available now on Steam.