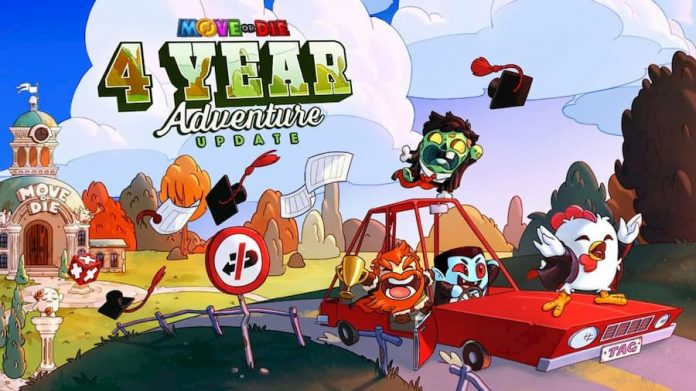 You’d think after constantly moving for four years these guys would be really, really tired.

I suppose in a world where if you stopped moving you would die, I’d be pretty motivated to keep my little legs running too.

If you haven’t heard, the fast-paced multiplayer game Move or Die has recently reached its four-year anniversary and, to celebrate this momentous occasion, its developer has released a slew of new content in what it’s calling “the last big update”. I’ve had the opportunity to play the game over the last few days and experience all of its new features – and I’m certainly impressed with what the team has accomplished.

Just to introduce the game a little, players in Move or Die are tasked with battling each other in a long list of mini-games, all of which only last a few seconds at a time. For every challenge, you’re able to see your health bar at the bottom which constantly depletes if you aren’t moving. It’s not called Move or Die for nothing, you know! Equip a chainsaw to take out your enemies, dodge falling blocks, paint the town red (or green or blue or whatever colour you are) and more in a very fast-paced, awesome fun-filled time. 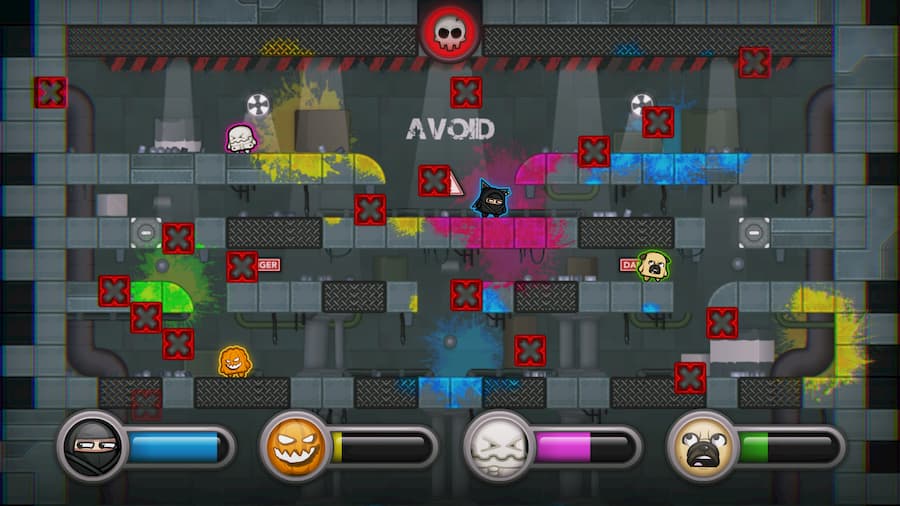 One of the biggest changes that comes to the game as part of its Four Year Adventure update is “The Community Debt”. This is a graduation-themed event that has completely replaced the game’s previous daily challenge. The goal of playing The Community Debt is to earn some income that you can then, in turn, spends towards a community goal.

Also included in this add-on is loads of new stuff. And by “stuff” I mean new unlockables, emote packs and accessories for your characters like confetti, splatters and trails. You’ll also be happy to hear that two characters have joined the fray – Greysan and Hans – which brings the playable characters to a whopping 95. 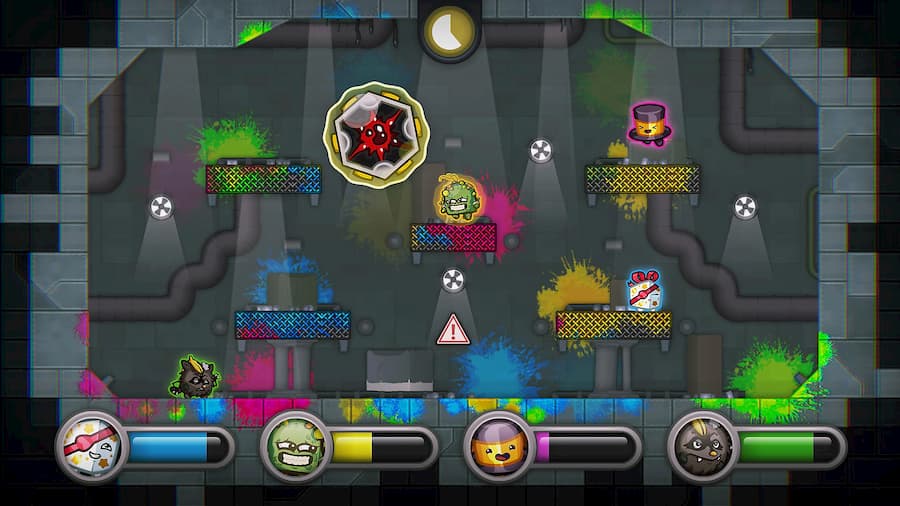 While Move or Die was already a fun and exciting time, these new add-ons give a fresh new look and feel to this four-year-old game. A bit congratulations to Those Awesome Guys for four years! It’s a huge accomplishment and the hard-work and dedication put in by the team really shows. I’m looking forward to breaking this one out at parties for a long time to come.

Move or Die is available now on Steam. The 4 Year Adventure update is free for everyone who owns the game.