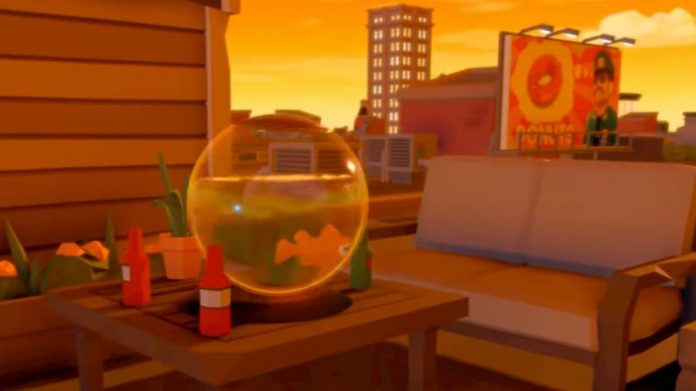 A follow-up to acclaimed comedy physics platformer I Am Bread, Bossa Studios has announced that I Am Fish will be rolling out a full release next year.

Bossa Studios, the independent developer responsible not only for I Am Bread but also the hilarious Surgeon Simulator, has announced that a sequel to its doughy platformer will be getting a full commercial release in 2021. I Am Fish puts players in control of a plucky fish, stuck in a fishbowl, who must navigate countless traps and obstacles to reach the freedom of the ocean.

I Am Fish was originally introduced as one of three works-in-progress during last year’s “Bossa Presents” initiative, in which players were encouraged to try out prototypes for each game and give feedback to help Bossa decide which to focus on first. While the studio reassures us that the other two projects – Pigeon Simulator and Trash Bandits – have not been forgotten about, I Am Fish is the title that has been chosen to pioneer the upcoming releases.

“We received a huge amount of feedback across all three prototypes in Bossa Presents and it was clear to us that they all had their fans,” says Bossa Studios Co-Founder Imre Jele. “What separated I Am Fish from its companions was the passion players had for their little fish’s journey and their enthusiasm about what a full game could be.”

You can still download play the free prototype for I Am Fish from the Bossa Presents web page, and there’s even a new added level to try out. You can see YouTuber DanTDM playing it in the new trailer below, or head over to the official I Am Fish website for more information.