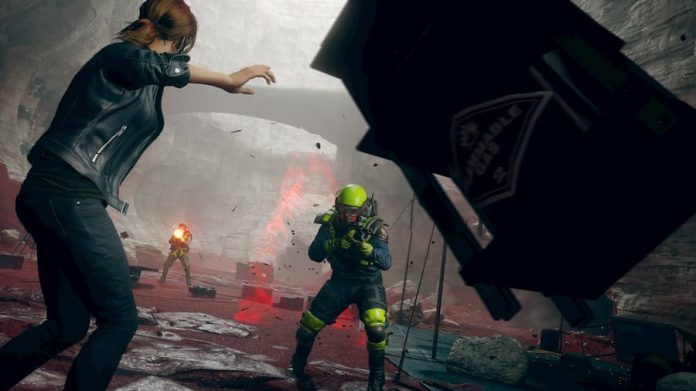 With Control being our 2019 game of the year, of course we’re looking forward to once again entering its world.

And there’s not long to wait, as The Foundation, Control‘s first story expansion, arrives 26th March on PS4 and PC. Xbox One owners have to wait until 25th June, unfortunately.

Ahead of its release, we’ve gone hands-on with The Foundation. And we have to say, if you loved Control then you won’t be disappointed by it. It’s another four or five hours of intriguing storytelling paired with challenging combat and thought-provoking platforming.

You need to have previously completed Control to begin The Foundation questline. A notification will pop up stating that the quest is available if you own the DLC, and your first task is to consult with the hotline. From there, you’re heading to an area near the Black Rock Quarry – the foundations of the Oldest House. Thankfully there’s a fast travel point if you don’t want to head there by foot.

The new area introduced by The Foundation DLC is stunning to look at. Essentially an underground cave system, you could believe you’d been transported to Mars what with all the red rock. And on your way to investigate the strange disturbance – apparently the Astral Plain is seeping into the real world – you’ll notice there are some new enemy types. The Foundation likes to throw Hiss-corrupted miners at you, who deal considerable damage with their pickaxes should they make contact. 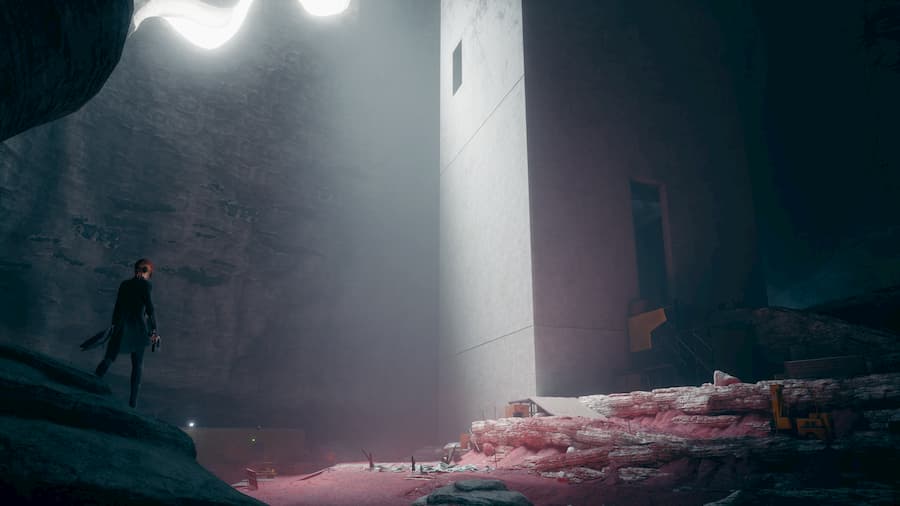 Eventually happening upon a clearing that henceforth serves at a temporary base of operations, the problem becomes clear. The Nail, a large object of power, has been broken. That’s the cause of the Astral Plain beginning to wreaking havoc with The Oldest House, and eventually maybe even the world. So it’s up to you to find four keys – though not the type you pick up and place inside a lock – to restore the Nail and hopefully stop the Astral Plain from causing further problems. Although it seems like Marshall may have gone ahead of you.

Finding all four keys will require you to explore multiple areas of The Foundation. Initially, however, only one will be available to you. In an abstract location that anyone who’s played Control will be familiar with, you’re forced to make a choice: do you wish to have the power to create or destroy? Choose create and you’ll gain the ability to manipulate crystals, creating platforms that enable you to access new areas. Chose destroy and your Service Weapon will be powered up, allowing you to break crystals which is useful for a variety of purposes. Whichever you choose will determine how the rest of your journey through The Foundation plays out. 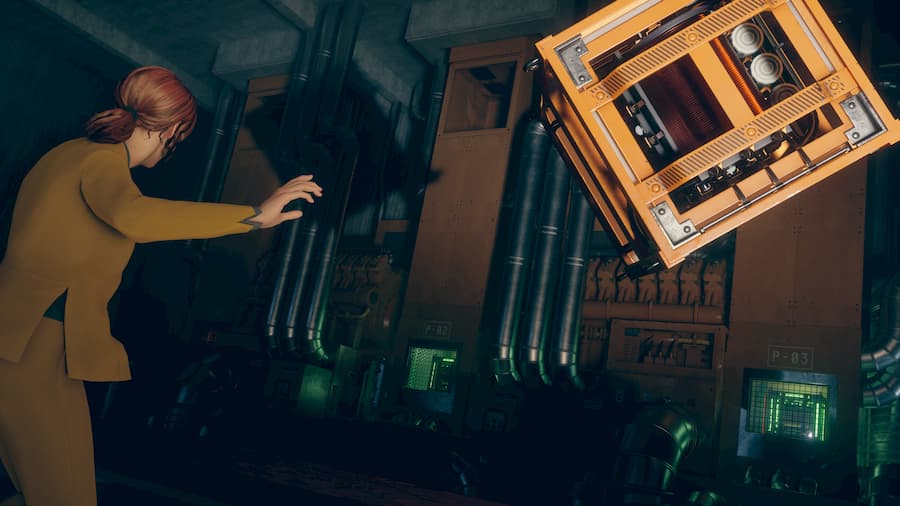 Alongside the new storyline, numerous other improvements to Control arrive alongside the DLC, free to everyone. The map has been improved to make it easier to read, for example, and there’s a new shield rush ability. Both come in handy as you’re making your way through The Foundation. And if you want to reallocate your skill points to get the most out of the new shield rush ability from the outset, you can now do that in exchange for some Essence. There are other improvements as well, including DLSS 2.0 support, which really does make a difference in visual quality. Playing at 1080p with RTX at max, the image is crisper than ever before when outputting at 4K.

It should go without saying, then, that there’s never been a better time to play or return to Control. If you’ve already completed the game The Foundation appears to be a convincing reason to launch it yet again, though you’ll have to wait until the DLC launches this Thursday to find out our full verdict on it. And if you’re yet to enter Control‘s twisted world, when the new update arrives it’ll be in better shape than ever, especially on PC.

Control is available now on PS4, Xbox One and PC. The Foundation expansion launches 26th March for PS4 and PC, and 25th June for Xbox One.