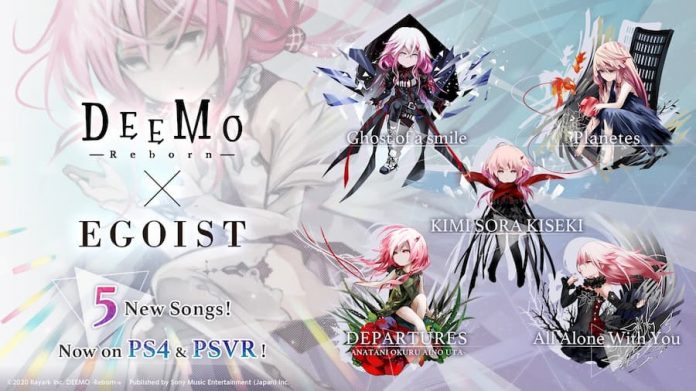 Deemo Reborn, the definitive edition of Rayark Games’ hit rhythm game about a small girl and a mysterious supernatural pianist, just got five new songs to add to its collection of over 60 tracks.

The new DLC features five songs from EGOIST, the J-Pop outfit that originally formed to provide music for the anime TV series Guilty Crown, which featured a fictional band of the same name. The songs include “All Alone With You”, “Planetes” and “Ghost of a Smile”, and each is available to play in both VR and controller modes.

Alternate between the virtuosic musical performances of Deemo and the adventurous exploration of his guest, as they use the power of his piano to grow a tree to unbelievable heights and get the little girl back home.

Deemo Reborn is available on the PlayStation 4. You can check out the official trailer below, or head over to the game’s official website for more information.