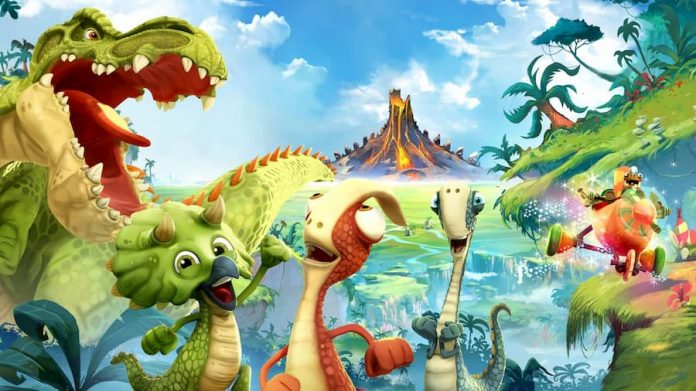 Turns out that Gigantosaurus is a pretty popular cartoon for young children. The videogame tie-in then, published by Outright Games, should be quite the hit.

Outright Games has carved out a market for itself as a publisher of licensed children’s games. There have been a few swings and misses; DreamWorks Dragons: Dawn of New Riders is a great adventure for all ages, but UglyDolls: An Imperfect Adventure had few redeeming qualities.

Luckily, Gigantosaurus: The Game falls on the more positive side of the spectrum. And whether or not your child is familiar with the TV series, it should prove to be an enjoyable romp.

“Whether or not your child is familiar with the TV series, it should prove to be an enjoyable romp”

In it, players take control of one of four small dinosaurs: Rocky, Tiny, Mazu and Bill. Any one of the characters can be controlled; a simple push of the shoulder button will cycle through them. It’s a necessary mechanic since each dino has their own unique skill. Tiny the Triceratops, for example, can headbutt logs, making them fall to create bridges. And Mazu, an intelligent Ankylosaurus, can fix broken levers and mechanisms in order to operate moving platforms and lifts.

Gigantosaurus: The Game is made up of five big, open world levels. Each level plays out much the same: the dino friends need to rescue a number of eggs that are hidden around the level. There are 10 in each, but players only need to rescue four in order to proceed through the game. Some of the eggs are easy to get to; others involve using the dinos’ special skills, navigating clifftops and completing some tricky platforming sections. 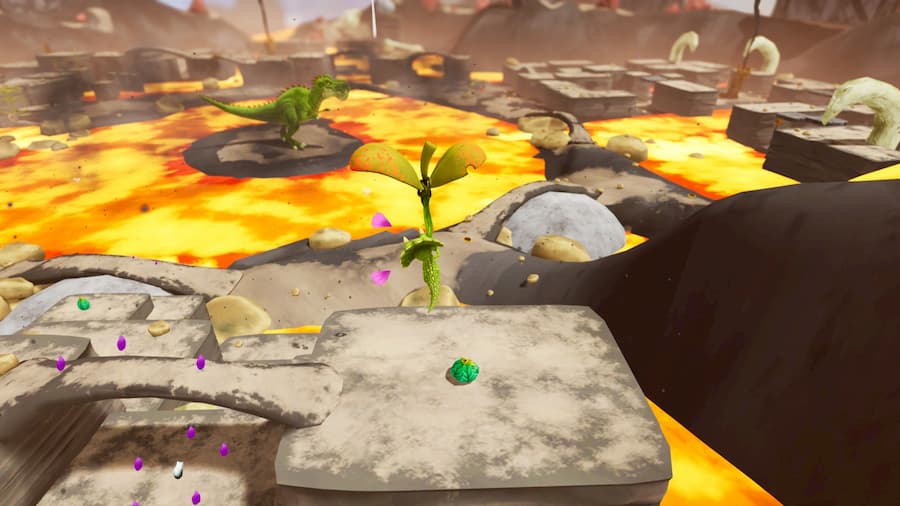 If players simply stick to finding the requisite four eggs, the game can be over in as little as three hours, depending how competent they are at finding them. But longevity is added by finding all eggs; there are also numerous other types of collectibles to find in each level. Yep, Gigantosaurus: The Game is essentially a huge collectathon, but its cute characters and varied level design help make it worthwhile. It rarely feels like a slog.

In between each level, players will get to take part in a kart racing section. The four dinosaurs each use their own vehicle in order to get from one level area to another. While it doesn’t matter if you win or lose, it’s a pleasant little diversion. Races can be jumped into directly from the main menu, too, if players would rather have a bit of healthy competition than running around collecting stuff. The race mechanics are simple but solid enough. It’s hardly a Mario Kart replacement – there are no weapons to pick up, simply occasional boosts – but the courses are entertaining enough to drive around. 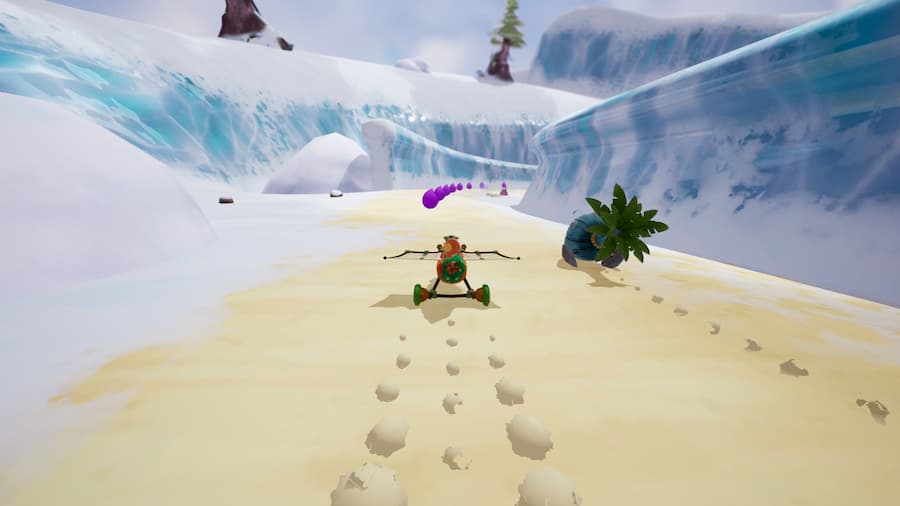 “Thanks to the inclusion of an Easy Mode, Gigantosaurus: The Game is suitable for a broad age range”

Perhaps the highlight of Gigantosaurus: The Game is its co-op gameplay. Up to four local players can work together, dropping in and out at will. Playing with friends encourages teamwork; each player will take control of one specific dinosaur, so players will need to co-ordinate when it comes to utilising special skills. Of course, the races can be played with local players too; in fact, a player can jump in solely to compete in a race even if they haven’t been playing the main game.

Thanks to the inclusion of an ‘Easy Mode’, Gigantosaurus: The Game is suitable for a broad age range. By default, Gigantosaurus doesn’t hold players’ hands; it encourages reading the in-game map, exploration, and using initiative in order to traverse trickier parts of levels. It’s actually quite tricky at times when you’re trying to figure out where to go. I’d wager it’s best played by children over seven, who are already very familiar with videogames and competent with their basic mechanics. But with Easy Mode activated, players are given a trail to follow that leads them directly to their next goal. Obstacles such as breakable platforms and hazards that can cause damage are disabled, as is the movable camera. It makes Gigantosaurus a walk in the park, but also the perfect starting point for three or four year olds who are playing videogames for the first time. Easy Mode can be toggled on and off at any time, too. 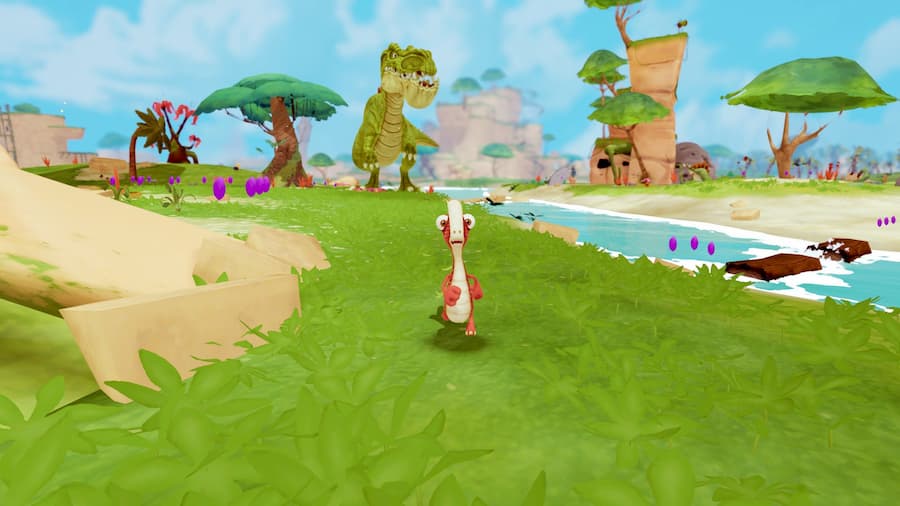 “It offers an easygoing, cheerful distraction from the real world right now”

While the game doesn’t utilise the same lovely art style as the cartoon, it’s not a bad-looking game. Some of the environments are a bit bland (yet some are beautifully colourful), but the character models are nicely detailed and easily recognisable. Gigantosaurus: The Game loses some character due to the fact that its dinos aren’t voiced, but there’s an enjoyably poetic voiceover that narrates the story between each key event.

If you’re looking for a game that’ll keep your younger children occupied, Gigantosaurus: The Game could be it. Its built-in local co-op means it’s perfect for siblings to play together, and its Easy Mode means that even the youngest children can get a kick out of it. There’s plenty of gameplay for those who want to hunt for everything – and even for those who don’t it offers an easygoing, cheerful distraction from the real world right now.

Gigantosaurus: The Game is available on PC, PS4, Xbox One and Nintendo Switch. We reviewed the game on Xbox One X with a code provided by the publisher.

Want to support GameSpew? Buy Gigantosaurus: The Game using our Amazon affiliate link. It won’t cost you anything extra, but we’ll get a small slice of the purchase.