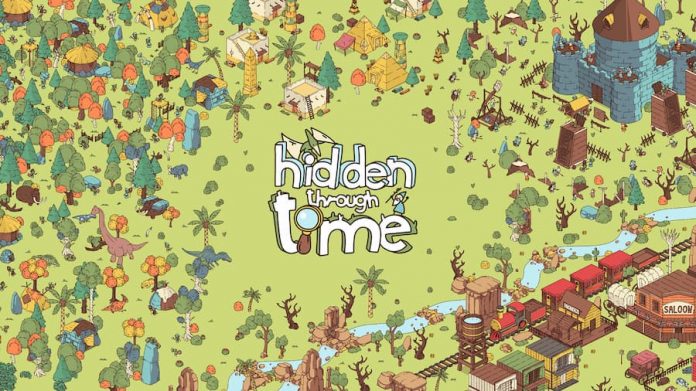 Are you a fan of looking for stuff? Can’t get enough of Where’s Wally (or Waldo)? You might want to give Hidden Through Time a try.

From Crazy Monkey Studios, Hidden Through Time is a gloriously cute collection of animated scenes that span notable ages of human history. Some are compact while others are sprawling, filled with intricate details. It’s your job to scrutinise each scene to find a list of hidden objects. It’s exactly like Where’s Wally, but without the dude in the striped sweater.

If you played Hidden Folks back in 2017, then Hidden Through Time will seem rather familiar. It’s uncomfortably similar at times, even down to the art style and presentation – albeit much more colourful; Hidden Folks opted for a black and white aesthetic, while Hidden Through Time‘s beautiful colour palette pops from the screen. Full disclosure: I haven’t played Hidden Folks myself, but I’m aware of it, and the similarities cannot be denied. You’d be forgiven for thinking the same developers must have been involved in both, but that’s not the case. I’ll leave you to make your own mind up about where you draw the line between “heavy inspiration” and “copycat”.

Regardless: chances are, if you enjoyed Hidden Folks, you’ll get a kick out of Hidden Through Time, too. It packs in a lot of content. There are dozens of levels, spanning four different ages. The artwork is beautiful; it’s fun to examine the small details, figuring out what story is being told in the (mostly still) scene. Some later levels are huge, so finding some of the objects is literally like finding a needle in a haystack. Thankfully, you’re given a hint for each item. Mostly, the hints are very helpful, but some of them are a little too vague. Searching for the tiniest object in a huge scene can get frustrating, so it’s helpful you can move on without having found everything. 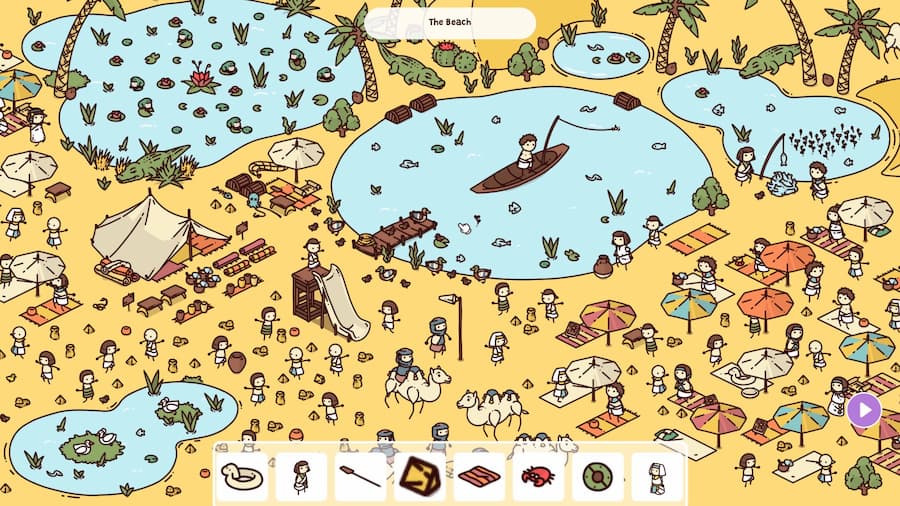 In fact, the threshold for moving onto the next level is pretty lenient. I’ve only found everything on a handful of levels, but Hidden Through Time has let me continually move forward. After a while, I’d clocked up enough found items that I was able to completely skip a couple of levels if I wanted to. It’s good to never reach a brick wall. And if you want to return to an earlier level to find what you’ve missed, you can jump between levels at any time.

What does set Hidden Through Time apart, though, is its level editor. With this, you can design your own levels using the game’s assets. Player-made levels can be uploaded, allowing anyone to play through them. It’s a neat way to expand the longevity of the game, with potentially thousands of levels to play through. Not everyone will have the patience to make their own levels, but the editor is easy enough to learn. It’s a fun addition for those who are a little creative. 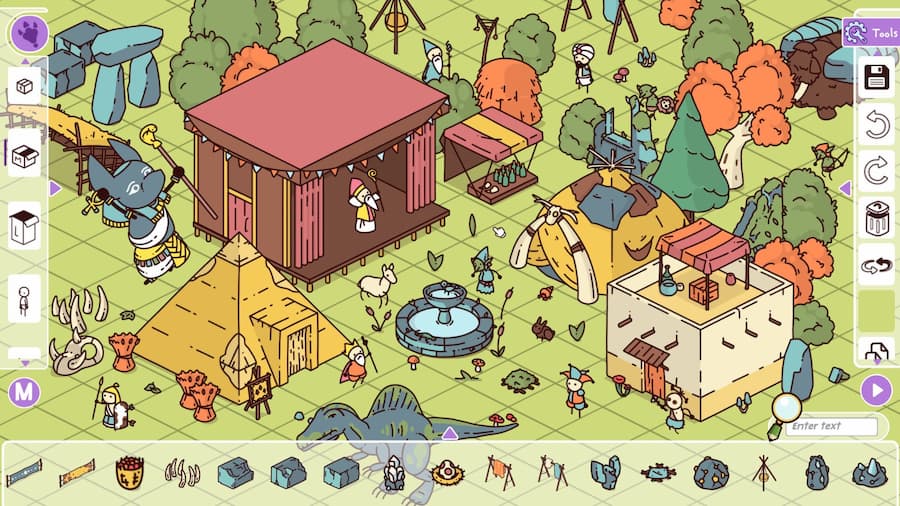 The hidden object genre is not for everyone. Its games are a niche breed, but for the right person they can provide a lovely, relaxing way to spend a couple of hours. Despite its questionable likeness to Hidden Folks, there’s no denying that Hidden Through Time makes a nice addition to the genre. Its whimsical and colourful art style is a delight, and the level editor is a nice touch that adds some much-needed longevity. Not being able to find that microscopic blue stone in a level might drive you mad, but it won’t stop you trying.

Hidden Through Time is available on PC, PS4, Xbox One and Nintendo Switch. We reviewed it on an Xbox One X with a code provided by the publisher. 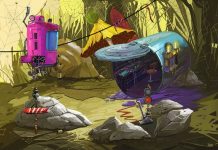 Varenje is an Unusual and Charming Hidden Object Game 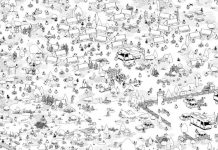