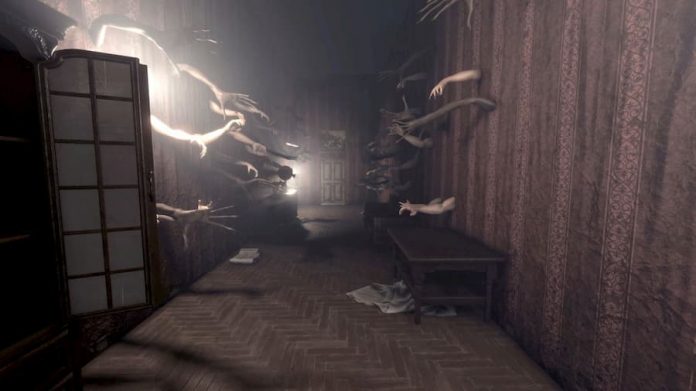 Set to release this May, Those Who Remain describes itself as an “up-close, psychological horror”.

Set in a small American town called Dormont, you play as Edward. He’s troubled; in fact, when we first meet him he’s several whiskies in and holding a gun to his head. He doesn’t pull the trigger, though: a text message from his lover asking him to meet him in a motel pulls him back to reality.

Except… when he arrives at the motel, his lover, Diane, is nowhere to be seen. In fact, nobody is anywhere to be seen. Something isn’t quite right. And it seems Edward is about to discover just how dark and unnatural things can get.

I’ve recently been hands-on with a short demo of Those Who Remain, taking me through the first 30 minutes or so of the game. It introduced me to its protagonist, Edward, as well as drip-feeding a bit of information about his backstory. It seems he has – or had – a wife and child, but his once-perfect life has gone to ruin in recent times. Heck, it now looks like the world has gone to ruin too: or is it all in Edward’s head? 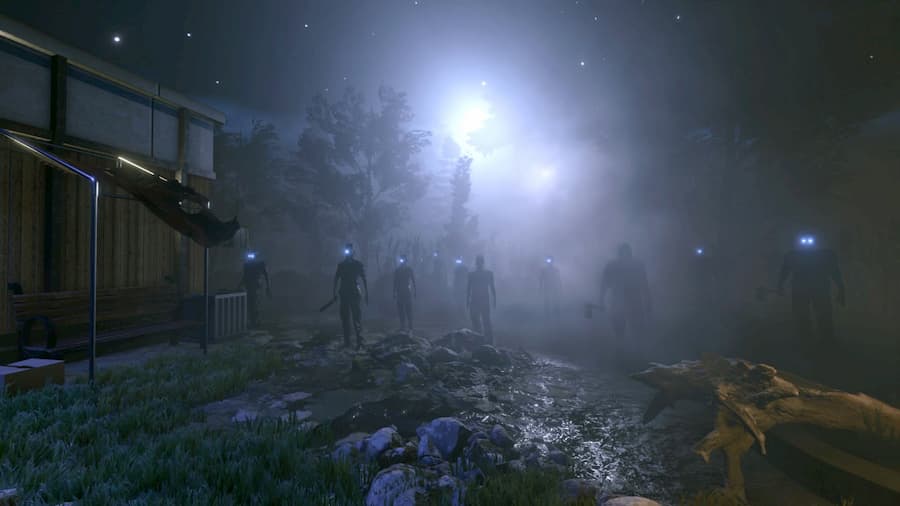 Those Who Remain wastes no time when it comes to setting an eerie atmosphere. Motels are synonymous with horror at the best of times; arriving at one that’s seemingly abandoned is high on the creep factor. Things turn up a notch when you enter Diane’s empty room only to receive an ominous phone call: stay in the light, it tells you.

Unsettling, to say the least, when everywhere in the game is so dark. The motel room is dimly lit and outside, apart from the occasional glow of street lights, is pitch black. Still, you’ve no option but to step foot back outside – where you see your car being stolen and driven away. Shit.

Hot-footing it down the highway, here’s where Those Who Remain gets really creepy. The streetlights blow, leaving you in the glow of a road maintenance light. But, looming in the distance, is as crowd of shadowy figures. Their glowing eyes stare at you as all you can make out is the outline of their bodies. Shudder. 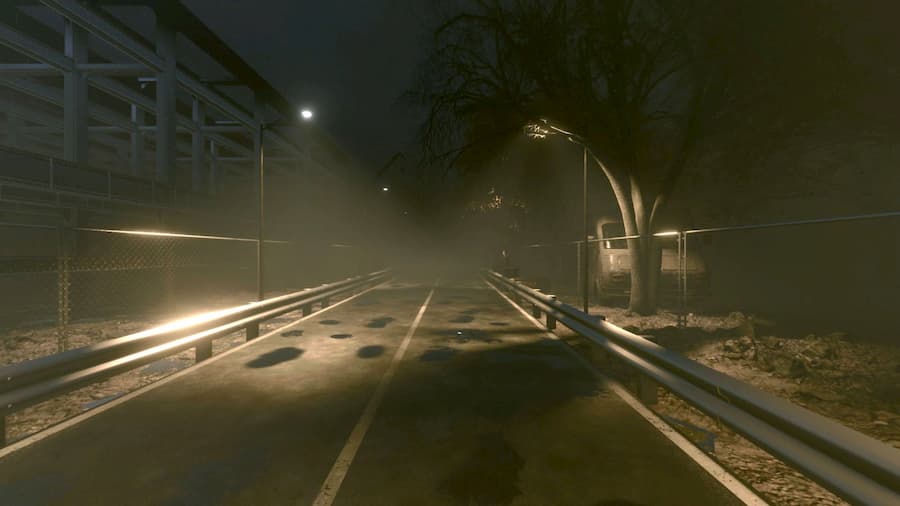 It soon becomes clear that on making contact with these shadowy figures, it’s Game Over. Edward’s journey ends there, and you’re sent back to the last checkpoint. Harking back memories of Alan Wake, then, you’re forced to stay in the light as you move around. Wander too far into the darkness, or lose a source of light, and you’ll find yourself succumbing to these eerie, unexplained shadow people.

This sets up a fantastically foreboding sense of atmosphere for Those Who Remain. It’s heightened as you find your way to a farmhouse. It’s plunged into darkness, but luckily the electrics still work. Peering through the front door, you can see those shadow people waiting to get you – but flicking on a light switch pushes them out of your reach. The shadows never loom closer, so you soon learn that as long as you don’t go too close to them, you’ll be fine. It means that tension and atmosphere doesn’t last long – but then again, this was only a short demo, so I can hope that new threats will come along to renew that sense of dread. 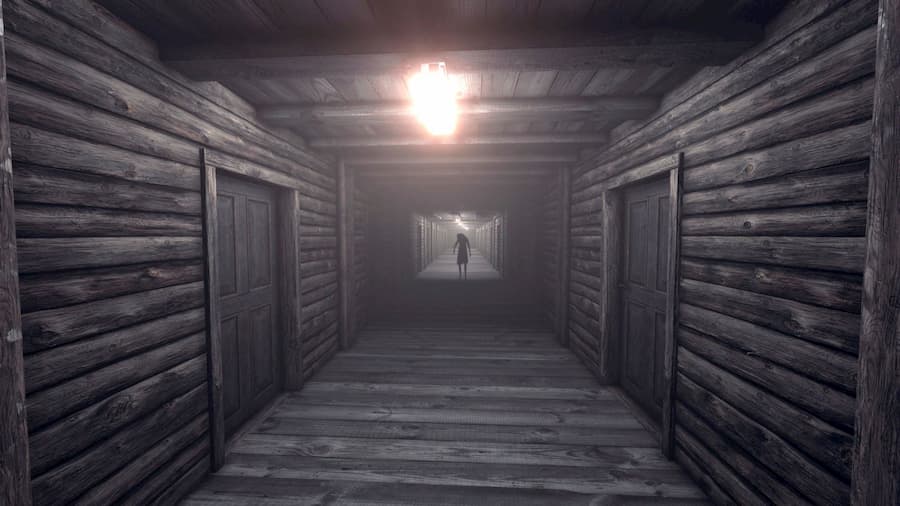 Rather than a simple horror exploration, Those Who Remain plays out more like a puzzle game. In that farmhouse, you’re tasked with a simple find-and-seek mission: you need a fuse for the generator, but the fuse is locked behind a door, so you need a key. Admittedly, it took some finding, despite your search area being fairly small. After the key and the fuse have been acquired, you’re able to leave the farmhouse. Here’s where I got a taste of what’s to come in the rest of Those Who Remain, and while I’m certainly intrigued, I’m not entirely sold on the concept.

What started out as a straight-up atmospheric horror suddenly switches its supernatural gear up a notch. You’re dealing with shifting realms and dreamlike sequences, leading us to question whether what we’re experiencing is real, or all in the troubled mind of Edward. I guess we’ll have to wait and see.

Although only a short section before the demo came to an abrupt halt, I arrived at an abandoned gas station. With not much to interact with, I was drawn to a glowing doorway. Passing through it, I seemingly arrived in another ‘realm’; the same location, but key differences. Just enough to make you feel slightly uneasy. While in this alternate realm, I was able to interact with certain objects that would allow me to progress in the normal realm. Cue a lot of jumping back and forth through the strange, glowing doorway.

It’s an interesting mechanic, but not exactly innovative; and if Those Who Remain relies on it too much, going back and forth between realms will quickly get repetitive. What Those Who Remain does do well, though, is in creating an oppressive and spooky atmosphere. If it manages to maintain that through the duration of the game, then this could well be worth a look if you’re a fan of horror games. My time with the demo has made me somewhat interested in where its narrative is going to go, but I’m not quite fully sold on Those Who Remain just yet.

Those Who Remain is launching on PC first on 15th May, with console versions to follow. If psychological horror is your bag, go add it to your wishlist on Steam.