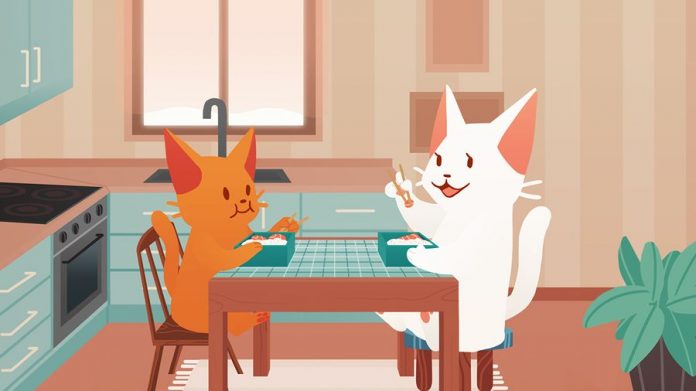 There are two things to take away from inbento. First, that there’s a market for puzzle games based around national and regional cuisine; and second, you can’t go wrong with digital kittens.

If inbento just had you shuffling blocks around, this puzzler would be entertaining enough. But making it a tale about a cat preparing bento boxes for her kitten pushes inbento‘s appeal through the roof. There’s a constant, mental “squee” because every time you successfully arrange a bento box (basically a Japanese lunchbox), you’re ensuring an adorable feline gets fed.

Throw in some fantastic and equally adorable art, and you’ve got a game that grabs your attention even before you’ve chopped a single salmon chunk.

True, your average cat would just as happily wolf down their own sick, but the mental effort you put into crafting inbento‘s portable feasts is well worth it. You’re presented with an empty bento box and it’s your job fill it so it matches the image displayed on-screen. It’s only the top layer of the bento box that counts, so if you’ve got a salmon square sticking out, you can cover it with a chunk of seaweed. You’ve got a finite amount of bento chunks, however, so you can’t just shovel stuff in until you’re done. 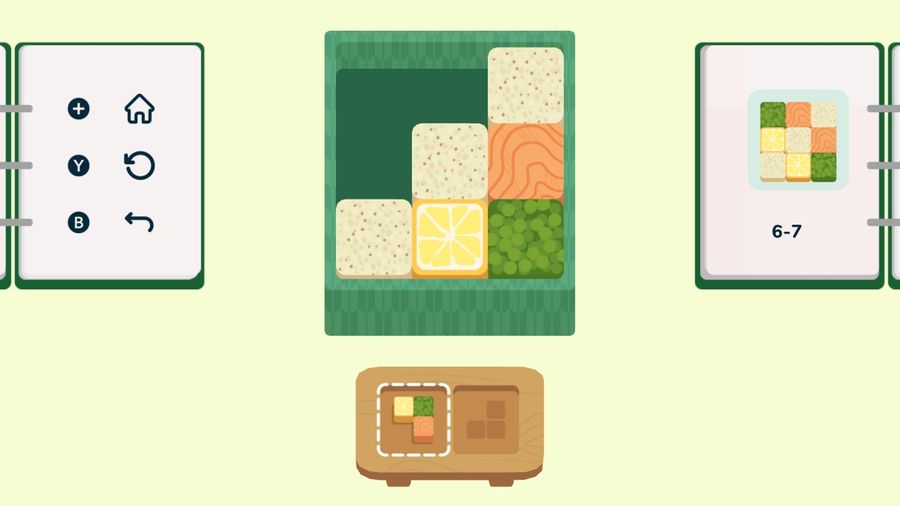 There’s no time limit on inbento‘s puzzles, so it’s possible you could spend an hour picking over a single puzzle, replaying it again and again until you get it right. That might sound like a recipe for frustration but the joy of inbento is that, like a chess challenge, logic lies at the heart of each puzzle. inbento only gets more absorbing as you play, introducing new mechanics and challenging you to complete boxes that are already half-filled.

Bento pieces don’t always come by themselves; you’ll often need to place them in groups, rotating them to find the best fit. Not always though; you will encounter certain bento pieces that can’t be rotated. You’re also given the ability to take a knife to your handiwork, chopping rows and pushing them aside. This is a wonderfully satisfying addition – and not because you get to wave a knife around in a menacing manner. 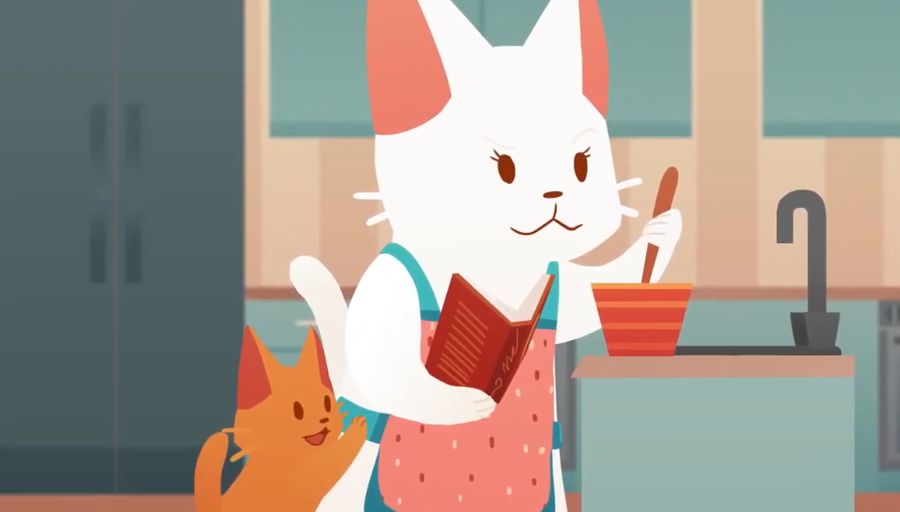 The game’s audio design is worth a shout-out, too. inbento sports a wonderfully chilled soundtrack, but throw in the ‘shlock’ noise the knife makes and you’ve got a game that’s a real treat for the ears. There are over 100 puzzles to make you way through, but inbento’s difficultly is so perfectly pitched that you’ll eagerly anticipate each new challenge.

And as if you needed any further incentive to play inbento, each tenth puzzle nets you a new kitty-related cutscene. The text-free tale inbento tells, combined with its wonderfully cute 2D animation, will tug at your heart strings. When’s the last time the L-shaped block from Tetris made you sniffle, eh?

inbento is a sublimely sweet and thoroughly addictive puzzler that deserves a place in any puzzle fan’s collection, even if you’re a dog person at heart. You monster.

inbento is available on Nintendo Switch. A code for review was provided by the publisher.