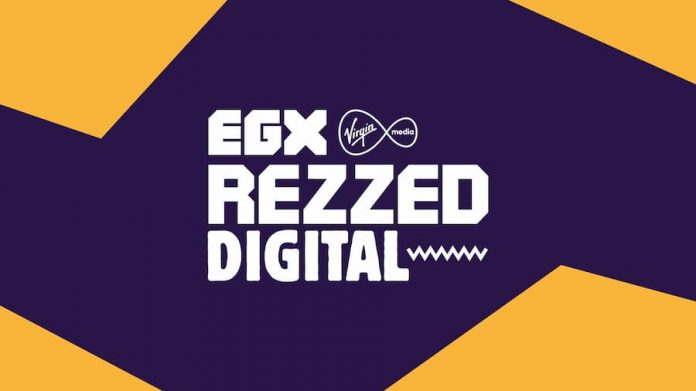 Today, London games event EGX Rezzed should have been kicking off at Tobacco Docks. Obviously, it’s not, because the whole country is in lockdown.

While Rezzed’s owner and organiser ReedPOP has (very optimistically) rearranged the physical event to the beginning of July, it’s also announced that a digital event will be taking place over the next three days.

There’s a full schedule of livestreams and video content that will be going live from lunchtime today until Saturday afternoon. Everything is being hosted on YouTube, so it’s free for everyone to watch regardless of whether you bought a ticket for Rezzed or not.

Things kick off at 12pm GMT today with a panel titled ‘Becoming a Video Games Writer’. Over the next few days there’s a mixture of content including live podcasts from GamesIndustry.biz, gameplay streams from Eurogamer, and panels aimed at budding games developers and journalists.

The real draw of Rezzed, though, is as a showcase of up and coming indie games. As such, Rezzed’s partner sites – all part of the Gamer Network – are publishing relevant content over the next few days. You’ll see a feed of content including previews and features of indie games on the Rezzed homepage.

You can see the full schedule of EGX Rezzed livestreams on the official website.

EGX 2019 Leaves Behind Birmingham To Return To London