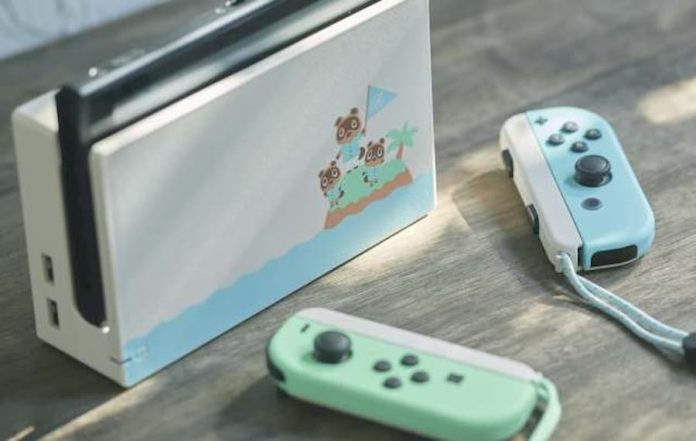 Animal Crossing: New Horizons is less than a week from release, but is the themed Switch really worth it?

The answer is a resounding yes, if you’re a fan of the game. I’ve been playing Animal Crossing since the GameCube days and have since played every iteration as it has released. I know almost all of the villagers’ names. I have Isabelle on speed dial and I take a vacation to my private island once a month.

Okay, maybe I’m not that into Animal Crossing, but I love the game enough that as soon as it was announced that the game would be getting a specially-themed Nintendo Switch, I pre-ordered it as fast as I could. And thank goodness I did, because not everyone got so lucky. These babies sold out quick.

But what’s so special about this Nintendo Switch?

Firstly, and most importantly, it’s a new model Switch, which means it comes with the improved battery life. So if you, like me, got your original Nintendo Switch close to launch, you’ll be happy to know that this Switch’s battery life will last quite a bit longer. Other than battery life, there’s not much else technically different from what you’ve come to expect from the Switch. So let’s talk about the aesthetic.

What makes the Animal Crossing Switch a great item for fans of the game is just how much Animal Crossing spirit has been put into it. The left Joy-Con is a lovely pastel green and the right a pastel blue. Both of the controllers match the dock, which sports the same pastel green and blue colours along with a few familiar friends sitting atop a tiny island. And if that isn’t enough, the back of the Switch itself features beautifully engraved images reminiscent of Animal Crossing, complete with trees, villagers and more. 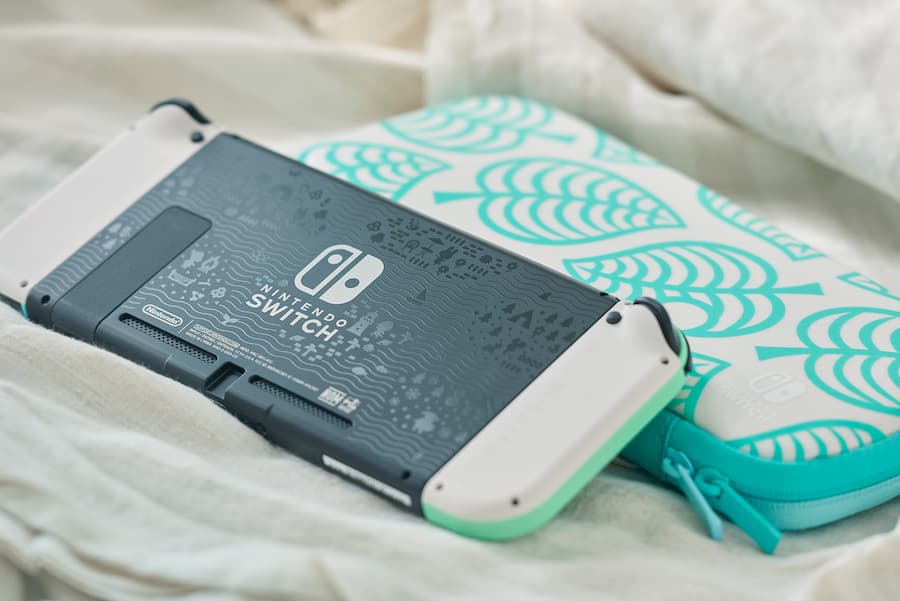 If you want a new handy case for your new Switch, Nintendo has even released a Animal Crossing: New Horizons themed carrying case for all your carrying needs. It’s a little on the pricey side, coming retailing around $24.99, but if you want to go all out then it’s exactly what you need to finish off the set.

So, is the Animal Crossing: New Horizons Switch worth trading in your old one for? Absolutely. Especially if you’re as huge a fan of the game as I am. Look out for the game itself releasing on March 20th. We’ll be reviewing it and putting out guides after the game launches so keep an out and enjoy your island getaway, friends!