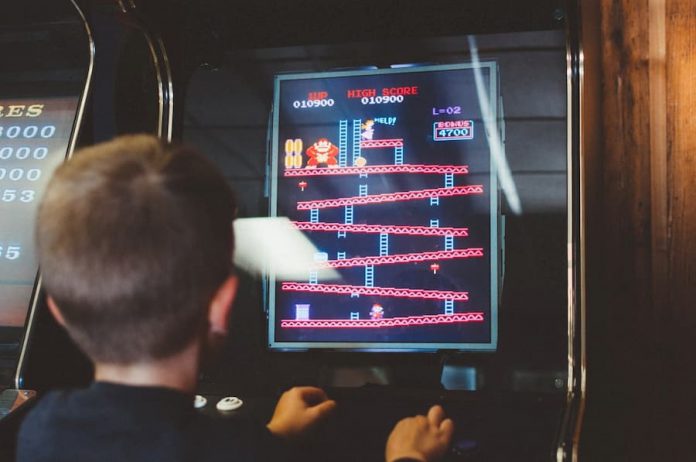 This is a sponsored article

Call me a pretentious hipster if you want, but I do believe that retro games are way better than the games that kids enjoy these days.

Besides, we really don’t need those online multiplayers and 4K graphics to enjoy a really good game.

Looking back at those days where games were merely games, you’ll know that these games were developed not to capitalise on players. Developers behind them really took pride in their creations. Below are some of the reasons why I believe that kids these days will never know how old classic games were better than the games of today.

If you’re tired of those online multiplayer games, then you’ll understand me when I say that I hate games that don’t support local co-op.

Years ago, I had to go visit my friend for us to play a game together. But these days, you will have to rely on a headset just so you can connect with your friend and play.

Sure, local co-op games do exist, but not to the same extent they did some 30 years ago. It’s unfortunate that kids these days cannot experience the thrill and satisfaction of playing a game with your friend by your side. I really miss those times when friends would come over and bring some snacks for us to indulge in while we had fun beating each other on our favourite games.

During the 80s and 90s, game developers didn’t have access to 4K graphics to create games that seem realistic. But these days, it seems that everyone is stuck in a race of creating video games and developers are competing with each other to create games with lifelike graphics.

As a result, some of them ended up sacrificing gameplay in favour of graphics. Sure, graphics can add character to a game and developers during the olden times didn’t have access to tools that would allow them to come up with remarkable graphics. So, they merely made the most of whatever they had at that time.

Developers have to deal with the painstaking process of creating games pixel by pixel. Yet retro graphics are all that’s needed to come up with a good game.

Like most people, you probably had to play the Super Mario game several times just to win the game. Indeed, this classic game is truly challenging.

These days, games are not that challenging anymore. There are even game emulators that allow you to emulate old video game consoles.

Dark Souls, for instance, regarded as one of the hardest games of all time, is easy when you compare it to some of the classics. With Dark Souls, you have the option to save your game as you progress. But some retro games will not give you this option, which makes them even more challenging.

Some of the recent games such as God of War and Halo were created with fantastic soundtracks and even include instrumentals made by professional orchestras. Indeed, they sound really well, but I still find the sounds of classic games more pleasing to the ears.

Game developers back in the day didn’t have access to technology that would allow them to integrate real musical instruments into the game soundtracks. Thus, they had to come up with their own.

These classic games came with their own genre of music known as the chiptune. Developers would gather songs from the console’s programmable sound chip. Others would say that the soundtrack of these retro games is somewhat repetitive, but I find them original and catchy.

It irks me that whenever I start my Xbox, there are always new updates. So, I have no choice but to wait and be patient while it’s trying to update. This can be a real bummer if you are already excited to play.

In the days of cartridges, you didn’t have to deal with all these troubles just to be able to play your favourite game. You just had to plug it and you would be good! Sure, there were instances that you had to blow the cartridge a few times before it started working. But I would rather do that than sitting around waiting for what seems like forever.

Today’s games have truly spoiled us. Thanks to modern technology, it’s now possible for us to customise our characters and save our games when we want to.

Above all, it lets us play with friends wherever they are in the world. Given the advancements in the technology of gaming, there’s no doubt that the gaming experience has truly improved, although it just feels good to look back sometimes when all these technologies weren’t yet around.

Retro games may be challenging, but they make you a better player in the end.