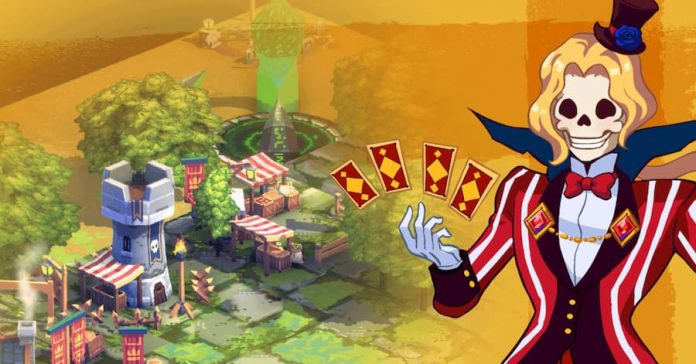 Commanding troops with power and authority isn’t the easiest task.

But you’re going to have to tap into that skill if you want to get anywhere in Necronator: Dead Wrong, a collectible card/strategy game from developer Toge Productions that’s currently in early access.

There’s fighting, spell casting, looming towers and all other manner of baddies to take on, but you’ll have to think quick and stay on your toes if you want to take them all down.

While still in early access, Necronator: Dead Wrong has a load of features that you can take advantage of when you start up the game. I started off clean and simple, level one with the pre-made deck that the game has “in hand” for you. You can look at your cards at any time to learn what they do and how to deploy them in combat.

If you’ve played any collectible cards games similar to this – Hearthstone, Slay the Spire, Dicey Dungeons – then you’ll pick this up really quickly. And if you haven’t, Necronator does a nice job of keeping the tutorial fast, but simple and easy to learn. 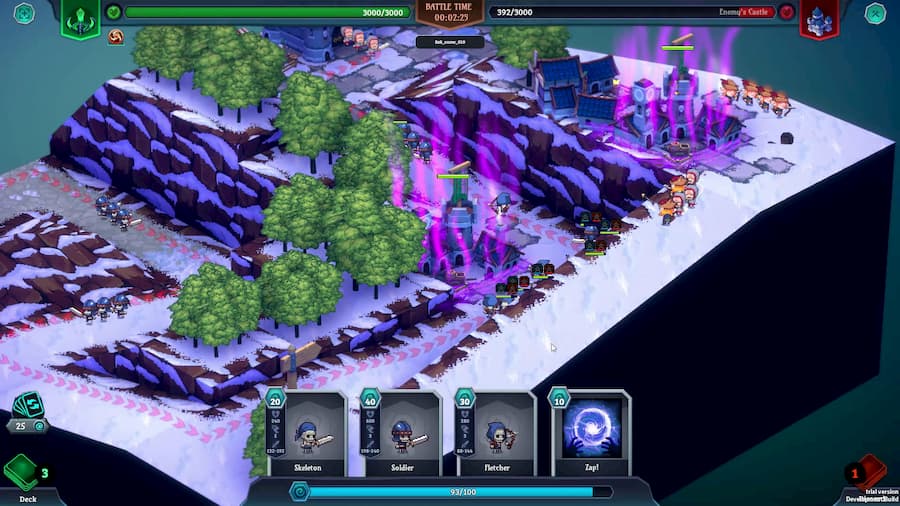 The general gameplay works out like this: you’re in charge of a crystal that continuously gains mana, which is what you use to send out your troops. For example, a regular skeleton, which doesn’t do as much damage and doesn’t have as much health as a soldier, costs 20 mana, and a soldier costs 40. So you’ll have to wait for your crystal to accumulate 60 mana if you want to deploy them both at the same time.

You’re also equipped with certain spells, such as “Blood Rage” which boosts your troops or “Zap” which damages enemies. The goal for yourself and your troops is to take out the enemies coming to destroy your crystal and destroy any enemy buildings in order to move on to the next area.

As you continue on, barrelling through loads of enemies (including, uh, demon-looking sheep…) you’ll be able to move around as you choose on the “over map”. There, you can oftentimes stop for a rest which returns health to your crystal if it took damage during any of your previous fights; or you can upgrade your cards, making them cost less mana or do more damage. You’ll also run into some other folks including a card dealer, from whom you can purchase new cards to add to your deck. 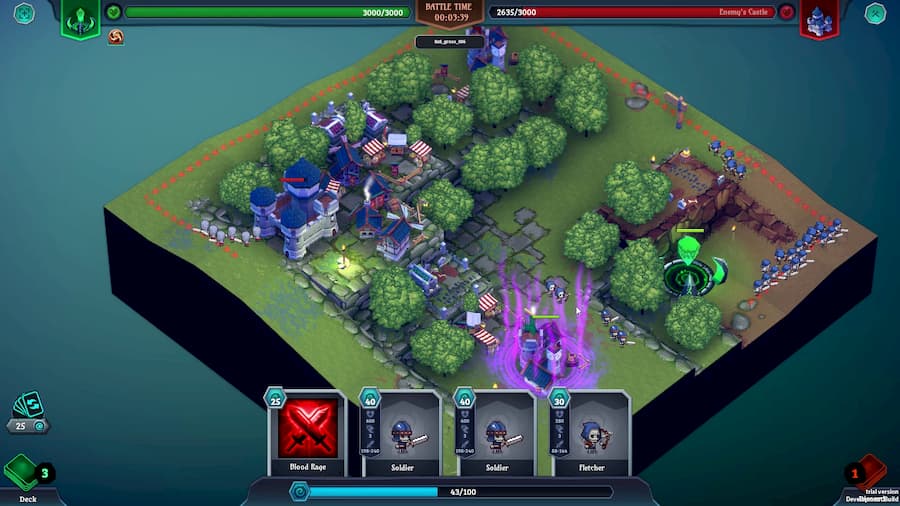 I’ll be brutally honest: Necronator: Dead Wrong didn’t look like much when I watched its (admittedly entertaining) trailer for the first time. But once I was actually playing the game, I was pleasantly surprised by how developed the game is considering it’s still in early access. Many of its mechanics already feel complete, and it’s beautiful too; its characters, both the detailed and smaller pixel versions are wonderfully designed (I really want to be friends with the stylish card dealer). Necronator: Dead Wrong is the epitome of “Don’t judge a book by it’s cover” because once you open up this one, you’ll be very happy you did.

Necronator: Dead Wrong is in early access and is available on Steam for £14.99/$19.99. It’s set to fully release towards the end of this year. 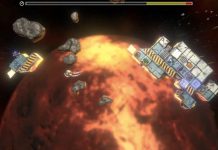