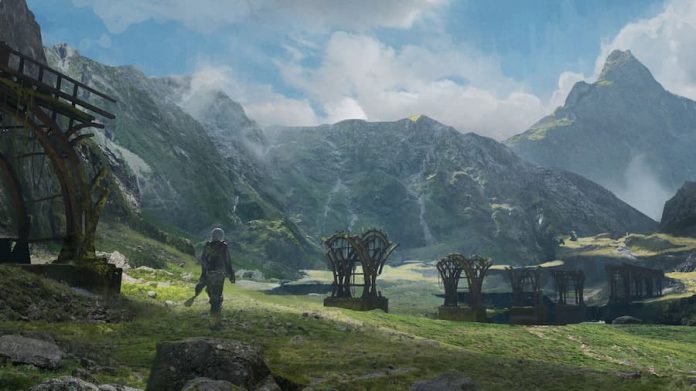 Before NieR: Automata there was simply NieR here in the West. Though in Japan there were two versions: NieR Gestalt on Xbox 360, and NieR Replicant on PS3.

A spin-off from the Drakengard series, the only thing that really separated NieR Gestalt and NieR Replicant was the form of its protagonist. In NieR Gestalt you were playing as a middle-aged man caring for his daughter, and in NieR Replicant you were a teenage boy caring for his sister. Whichever you played you were in for a compelling story with awesome music, but its gameplay was a bit janky. Hopefully that won’t be the case with NieR Replicant ver. 1.22474487139… a rebuilt version of the game now in development for PS4, Xbox One and PC.

Simply the fact that it’s the first time we’ll get to play as the younger protagonist in the West makes NieR Replicant ver. 1.22474487139… an interest proposition. Developed in collaboration with Toylogic, however, players can also look forward to re-recorded voices, a redone soundtrack with additional songs, and possibly new content. Needless to say, fans of NieR: Automata who have never played this classic should definitely keep it on their radar. No release date has been provided yet, but given that it’s been announced for PS4 and Xbox One, we can’t imagine it’s too far away.

And on the subject of Nier: Automata, there’s good news for Xbox Game Pass subscribers. The game will be added to the subscription service on 2nd April, so there’s no reason to not finally give it a go. It’s one of the best games of this generation, and a thought-provoking one, too. Read our review of it right here.