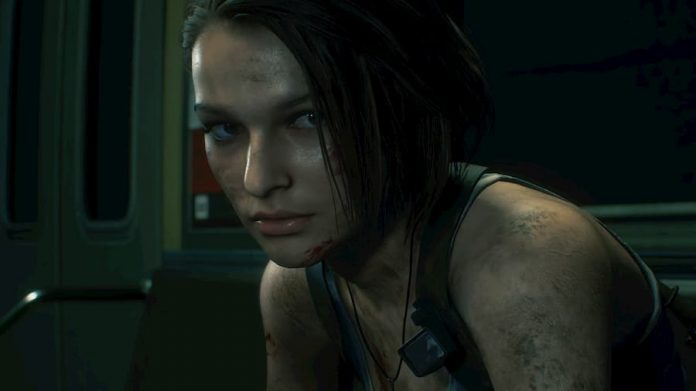 Capcom has done it once again. Not that we had any doubts.

Resident Evil 3 is a brilliant re-imagining of a classic, playing with your nostalgia in wonderful ways. Granted, it’s been many, many years since we last played the original, but rarely did we feel like we were treading familiar ground. Some might see it as a negative, but for us it meant we could enjoy the game like we did the original all those years ago; on tenterhooks because we just didn’t know what was waiting for us around the next corner. If only there was a little more content, then it’d be perfect.

In Resident Evil 3 you’re once again in control of Jill Valentine. She’s no longer the rookie she was in the very first Resident Evil; she’s been through some shit, and isn’t afraid to speak her mind. But her life is about to get a bit more complicated thanks to a walking tank called the Nemesis, whose sole mission is to hunt and kill members of S.T.A.R.S. Thankfully, Carlos, a man with incredible hair we can only aspire to, is there to save her from an early demise. To say any more about the game’s story would spoil it.

“Resident Evil 3 is a brilliant re-imagining of a classic, playing with your nostalgia in wonderful ways”

Gameplay-wise, on the surface not much has changed from last year’s Resident Evil 2 remake. Spend some time with Resident Evil 3, though, and you’ll notice that this is a much more action-oriented game. Jill and Carlos are simply better equipped to deal with threats, and they each have their own abilities to get out of a tight spot. Jill can dodge enemy attacks, while Carlos can strike out to create some room. And then there’s the Nemesis, who likes to bust through walls and other surfaces when you least expect it. You’ll need to keep on the move if you want to avoid being pummelled into oblivion by him.

Your first playthrough of Resident Evil 3 is likely to take somewhere between 5-8 hours depending on how often you die and how thorough you are at searching environments. An achievement/trophy for beating the game in under two hours, however, demonstrates how quick some will eventually be able to plough through it. Though there are plenty of reasons to return. Beyond the default difficulties there are more to unlock, which also play around with enemy positions, numbers and items, and a shop where useful items can be bought with points gained by completing challenges. 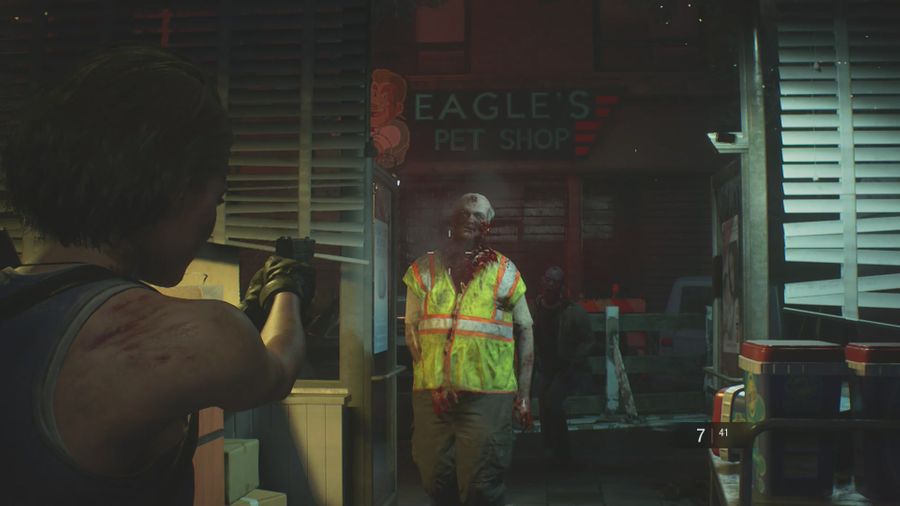 Want to play through Resident Evil 3 with Jill dressed in her old S.T.A.R.S. outfit? You can do that. You can also dramatically improve your attack or defence, or unlock various weapons with unlimited ammo. Obviously not all players will be overly enamoured with the prospect of playing through Resident Evil 3‘s campaign over and over again, but its brevity doesn’t make the idea all that daunting. And the movie-like nature of the game’s action means it remains an entertaining ride even when you know what’s coming up.

Resident Evil 3 is a game with lots of forward momentum. While Resident Evil 2 has a lot of meandering back and forth, Resident Evil 3 finds you mostly pushing on from one area to the next. And of course, there are many sections where all you can do is run for your life, with the nasty Nemesis hot on your heels. Some of the high points of the game, however, are when you find yourself backed into a corner and need to face Nemesis head-on. Resident Evil 3‘s boss battles are enjoyable varied considering they’re all essentially against the same hulking brute, challenging your brain just as much as your dodging and shooting skills.

Pretty much every Nemesis encounter can be dealt with by expending lots of firepower. If you use your noggin, however, there are more efficient ways to bring him down. In fact, in the early hours of the game where the Nemesis pursues you as you try to go about your business, it’s foolish to waste your ammo on him. Generators, explosive barrels; they’re both tools that can be used to destroy or at least incapacitate any bio-weapons in your path, including Nemesis. It pays to be fully aware of your surroundings, and the interactivity of the world makes Resident Evil 3 that bit more immersive. 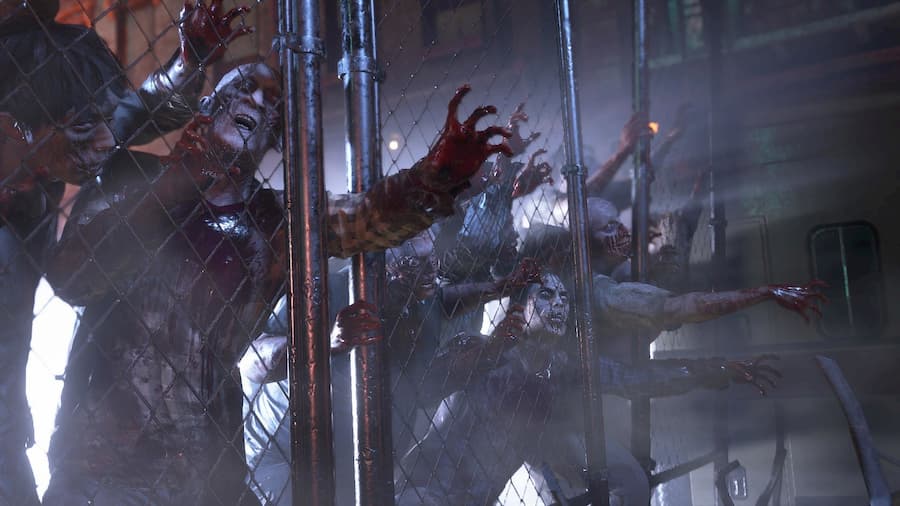 The truth is, it’s easy to get lost in the world of Resident Evil 3 thanks to its sumptuous visuals. Like DOOM Eternal, Resident Evil 3 makes us wonder if we even need next-gen yet. Character models are brilliant, and so to are the environments and enemies. Every scene is lifelike, making it more terrifying when a ghastly monstrosity jumps out on you. The brilliant sound design helps with that, too, as well as performance that doesn’t miss a beat. Playing on Xbox One X for review, we haven’t noticed any slowdown or performance hiccups in our time with the game.

Aside from Resident Evil 3‘s short running time, the only other thing that occasionally lets it down is the A.I. of your foes. They sometimes just go a bit stupid. You can excuse zombies for shambling head-first into doors, walls and desks, but when a creature that’s supposed to be a prime biological weapon keeps walking back to stare blankly at a door when you leave a room, it takes you out of the experience a little. Thankfully such instances don’t occur all that often. 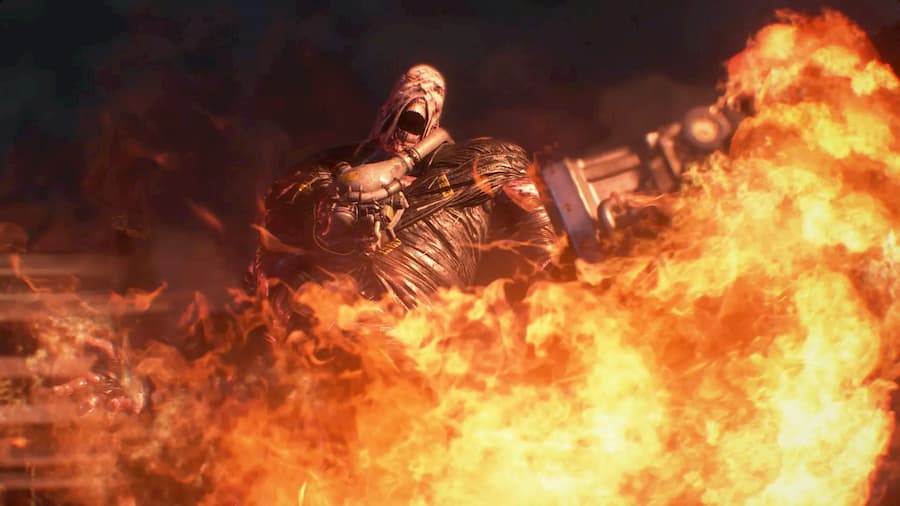 Resident Evil 3 offers a hugely entertaining campaign, then, but it’s inexplicably bundled with Resident Evil Resistance, an asymmetric online multiplayer experience. And so the value of the bundle as a whole depends on how much fun that online experience is. Unfortunately we haven’t been able to play it properly yet, though we have spent some time with the open beta. It seems unique and interesting, with four survivors trying to make their way through a sequence of rooms while a mastermind sets traps and places enemies in their path. We’ll have a full review of Resident Evil Resistance later this week.

In terms of thrills and spills, Resident Evil 3 offers what is perhaps the best Resident Evil campaign ever. There’s less busywork to bog you down, allowing you to move through the game at an enjoyably brisk pace. And while it is no doubt more action-focused, it’s incredibly tense at times. The Resident Evil 2 remake reminded us why we fell in love with the series all those years ago and now Resident Evil 3 cements the feeling. This is a wonderful celebration of the old and new, and we just hope that future Resident Evil instalments somewhat adhere to the formula.

Resident Evil 3 is available on PS4, Xbox One and PC. We reviewed the game on Xbox One X with code provided by the publisher.

Want to support GameSpew? Buy Resident Evil 3 using our Amazon affiliate link. It won’t cost you anything extra, but we’ll get a small slice of the purchase.