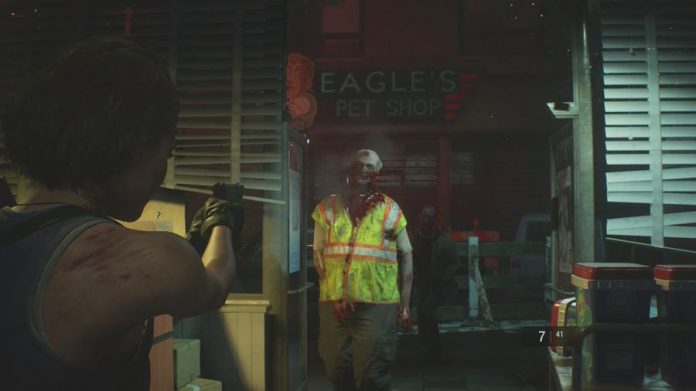 Raccoon City has never looked so good. And by good, I mean utterly, utterly terrifying.

Resident Evil 3‘s zombie-cursed metropolis, seen in the free-to-play demo of the forthcoming remake, is so drenched in shadow that it’s hard to tell whether a silhouette is a shambler or a pile of rotting rubbish. Hang on.. did it just move? There’s only one way to make sure.

Ten seconds later you’re five bullets down and blissfully ignorant of the walking corpse that has actually been shuffling up behind you. Naturally, there’s more to this remake than shooting at spectres, but this uncertainty, coupled with the pervasive gloom, kept me thoroughly on edge – moreso than any number of jump scares.

One thing that bothered me about Resident Evil 2, both the original and the remake, was that it gave you a mere taste of urban zombie warfare before shoving you inside a building for the rest of the game. Resident Evil 3‘s demo promises so much more; it gives you the freedom to explore all manner of ruined shops, risking whatever may be lurking inside. It’s not quite Dead Rising, but I appreciated being able to wander off the beaten track in my quest for bullets and green herbs. The demo, and presumably the final game, is set up to give you an excuse to roam.

Watch my playthrough of Resident Evil 3‘s demo below:

One neat touch, albeit a purely visual one, is the way that protagonist Jill Valentine doesn’t look like she’s just stepped out of the shower. Having had the sense not to brave the apocalypse in a mini-skirt, she’s caked with grime; the demo looks like it takes place about a third of the way into the game and Jill’s already been through hell.

Jill may not have any wet wipes or hand sanitiser, but she has been given the ability to dodge; something that was sorely missing from the remake of Resident Evil 2. Playing through the demo, I regularly thanked the gaming design gods that I now had the ability to get around a zombie without automatically losing a chunk of my neck. In fact, I managed to keep Jill Valentine alive for the full 20 minutes it took me to finish the demo, even avoiding the clutches of Nemesis, Resident Evil 3‘s looming antagonist. 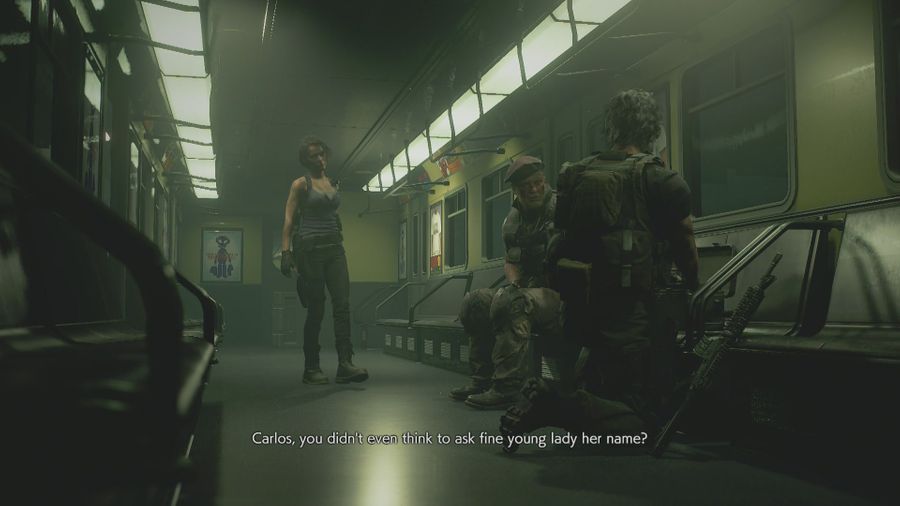 My fear was that Nemesis would just be Mr X 2.0 – but that seems not to be the case. I won’t say when and where you encounter him, but he’s used sparingly; something that I hope carries through to the final game. Horrifyingly, the monster has been given a new, menacing move: aside from leaping around or flailing at you with his tentacles, he can now upgrade zombies. I wasn’t going to hang around to see what these new improved zombies could do, but they resembled Resident Evil 4‘s Plagas monsters, complete with something nasty poking out of their necks.

I got a kick out of last year’s Resident Evil 2, but it was Resident Evil 3 that I always to see remade. After playing through the demo, I’m thoroughly hyped for Resident Evil 3‘s final release. The Resident Evil 3 demo is available now and you can experience the full horrors of Raccoon City when the full game drops onto PC, Xbox One and PS4 at the beginning of April.

Want to support GameSpew? Pre-order Resident Evil 3 using our Amazon affiliate link. It won’t cost you anything extra, but we’ll get a small slice of the purchase.