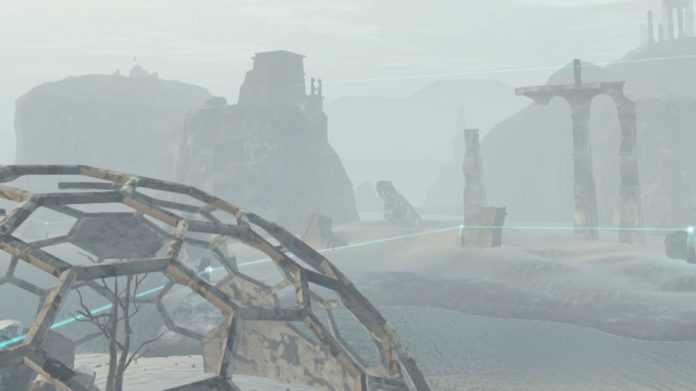 For a game that claims to offer a “calm, solitary journey”, Separation suffers from a frustrating first chapter.

This PlayStation VR title’s bleached landscape is starkly appealing, but not being able to move faster than a brisk walk (even at maximum speed) means that traversing it can be a chore. The only way to discover which slopes can and can’t be scaled is to leap against them like a deranged, gin-sodden mountaineer.

Another irritation is the lack of PlayStation Move controls; Separation seeks to immerse you in its world, but you’re acutely aware that you’re sat your sofa, grasping a controller.

Your initial goal is to direct a beam of light across the landscape, shoving statues and spinning wheels as you go. Yet instead of grasping a wheel in your hands – or at the very least tilting the DualShock 4 – your interactions are limited to holding down a button. If Separation was a movie, I’d have stormed out of the cinema, grumbling and shoving what little popcorn I had left into my face-hole. 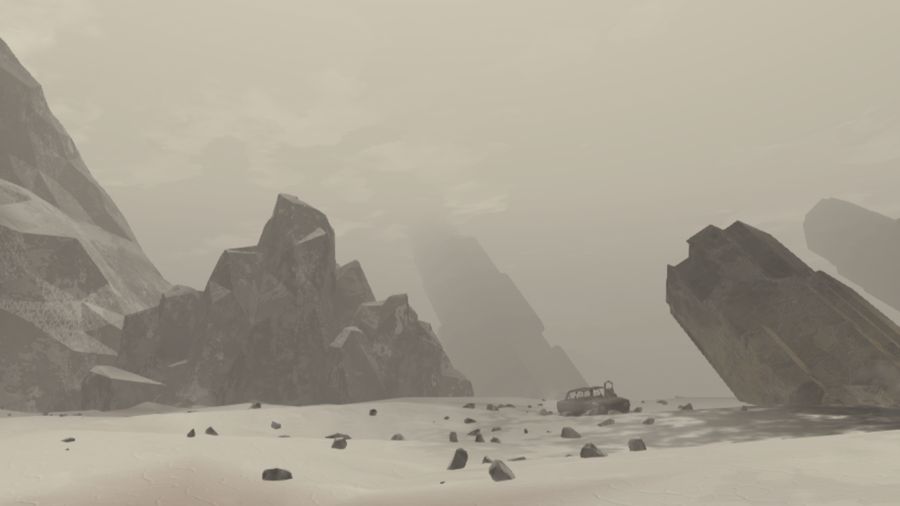 But then, just when you’re starting to give up hope, Separation transforms from a stinky, sickly caterpillar into a beautiful (if perhaps a little bit mopey) butterfly. Instead of being confined to a single island, resenting every landmark you power-walk past, you’re given the freedom to explore the whole, desolate realm. The game’s map isn’t exactly massive, but being able to pick and choose your destination gives Separation a real boost.

As you explore the new landscapes, you finally understand why the author chose to make Separation exclusive to VR (though there’s still no excuse for the lack of Move controller support). Standing atop a high outcropping, you feel a swell of pride as you look down at the zig-zagging green beams that, thanks to your puzzle-solving skills, illuminate the land. No matter how many times you’ve rowed past the fallen colossus, you can’t shake the feeling that this is going to be the time it springs to life and swats you with its hand. 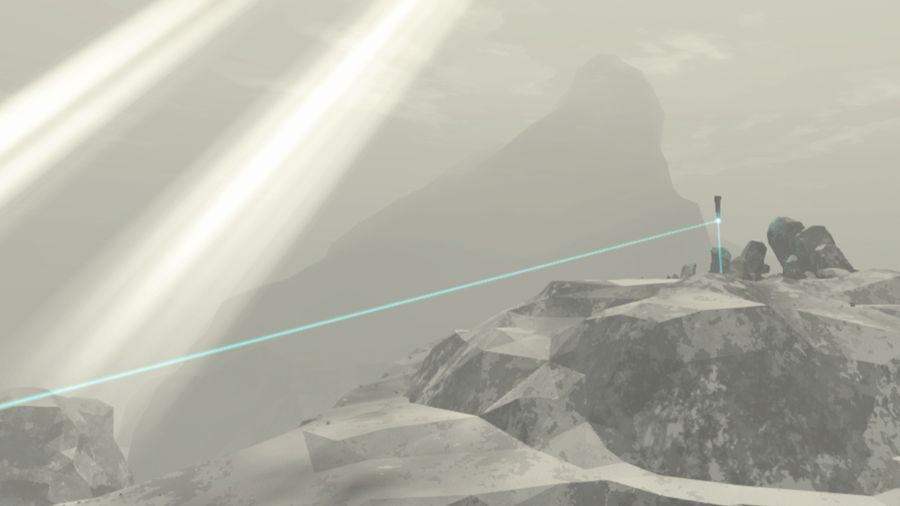 There’s no actual danger here, but Separation‘s unsettling, otherworldly architecture, coupled with a superb soundtrack ensures you’re always a little on edge. There’s enough symbolism to keep you scratching your head; don’t expect Separation to furnish you with answers – though it consistently stays the right side of abstruse. And then there’s the final third of the game; I’m not going to spoil the surprise, but you get to see the world from a wonderful new perspective. It’s nothing short of breathtaking, I’ll say that much.

As unappealing as Separation‘s opening is, it’s worth pushing past, mountain-hopping and all. Separation’s creator was supposedly inspired by Ico – and while the first location you encounter is a dead ringer for Shadow of the Colossus, it’s got a character all its own. It’s almost a shame it’s VR only; while it might not have quite the same impact otherwise, Separation deserves to be experienced by as many people as possible.

Separation is available on PS4, exclusive to PSVR.