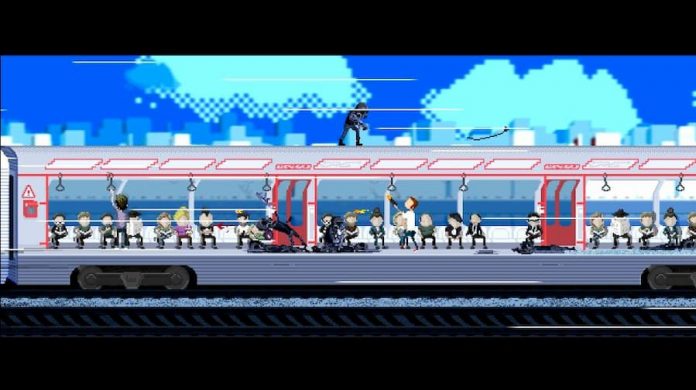 It’s not entirely clear why a whole city wants to murder you, other than the fact you picked up a tramp’s gun, but it’s all the excuse you need to shoot and drive your way through Speed Limit‘s retro-styled levels. This pixel-shooter sees you set upon by police officers, trenchcoat-wearing spies and other foes, all of whom are ready to relentlessly one-hit kill you back to the beginning of the opening train-based level.

There is a learning curve of sorts, little tricks that you pick up the sixtieth time you’ve become a red smear. You discover how to dispatch riot-shielding wearing cops without being gunned down, each death bringing you a step closer to being a blocky Liam Neeson. When things are going well, Speed Limit is spectacular. It’s a rush to seamlessly dispatch a squad of smoothly-animated enemies, then leap across the roof of a carriage, landing just in time to see the one you left drift away from the rest of the train. Pixel graphics or not, it feels like you’re participating in your very own blink-and-you’ll-miss-it action movie. 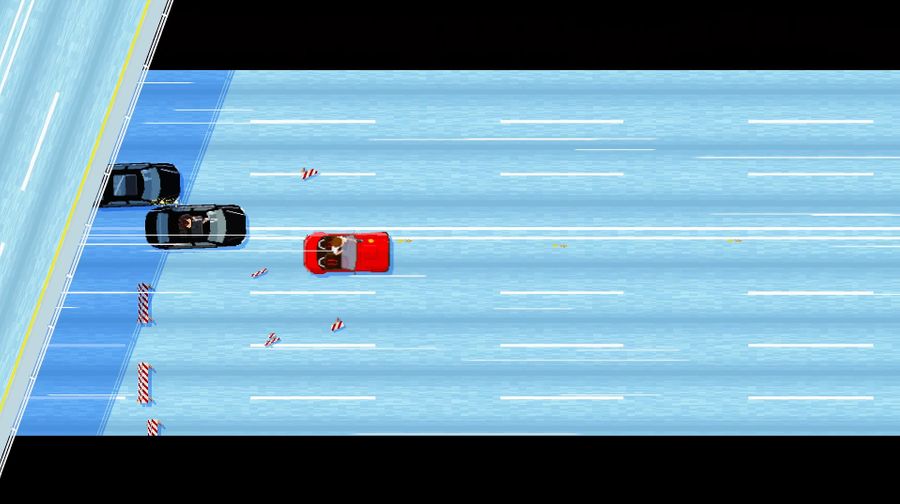 But there were multiple occasions when I felt like flinging my controller at the wall. With a lack of checkpoints, I’d be hurled back to the beginning of the level for the sake of one bullet. Mercifully, Speed Limit does keep progress of your track between levels – but this two-level demo was more frustrating than I’d have liked it to be as a result. I found myself craving some sort of energy bar, giving me the opportunity to take at least a couple of hits before my hapless commuter was hauled off in a bodybag.

The driving section of Speed Limit, however, was more forgiving. Fewer deaths resulted in the scene being even more entertaining – though my driver was a mite more fragile than Bruce Willis. Struggling to keep my car on the road while taking time to turn around and shoot my pursuers proved a tricky but rewarding juggling act. 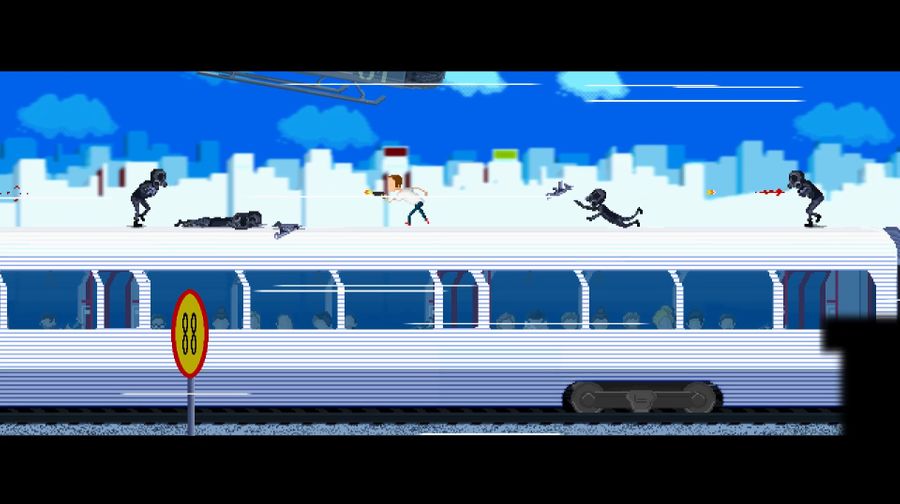 Speed Limit has a lot of promise, and I’m sure it’ll find favour with speed runners and those who love their games to be a little more lethal. The final game will apparently sport a flying section and I’m intrigued to see how that’ll be handled. Let me hang out of a helicopter, with one foot on the controls, and I’ll be happy. So I’m definitely up for taking a second trip but please, Speed Limit, go a little easier on me this time?

You can get your hands on this fun, fatal old-school shooter when it hits Steam some time next year. If you want to try it out for yourself in the meantime, a demo is available on Steam. 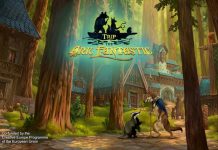