When The Legend of Zelda was released on the NES in 1987, the gaming world changed forever.

With each entry into the highly successful Legend of Zelda series came a vast array of exciting characters and events. Each Zelda title revolves around the basic formula of defeating evil to save the land (usually Hyrule), but the franchise has constantly managed to craft something new and unique with each entry.

There’s so many reasons why The Legend of Zelda games will go down in history as some of the best games ever, and we’ve identified the 10 best moments in the whole series. So take a moment to stop collecting those korok seeds. Deciphering all the hidden meanings in the Breath of the Wild sequel trailer can wait. Princess Zelda can stay where she is for now: here’s our list of the top 10 moments in The Legend of Zelda series.

10Jumping off a Loftwing for the first time 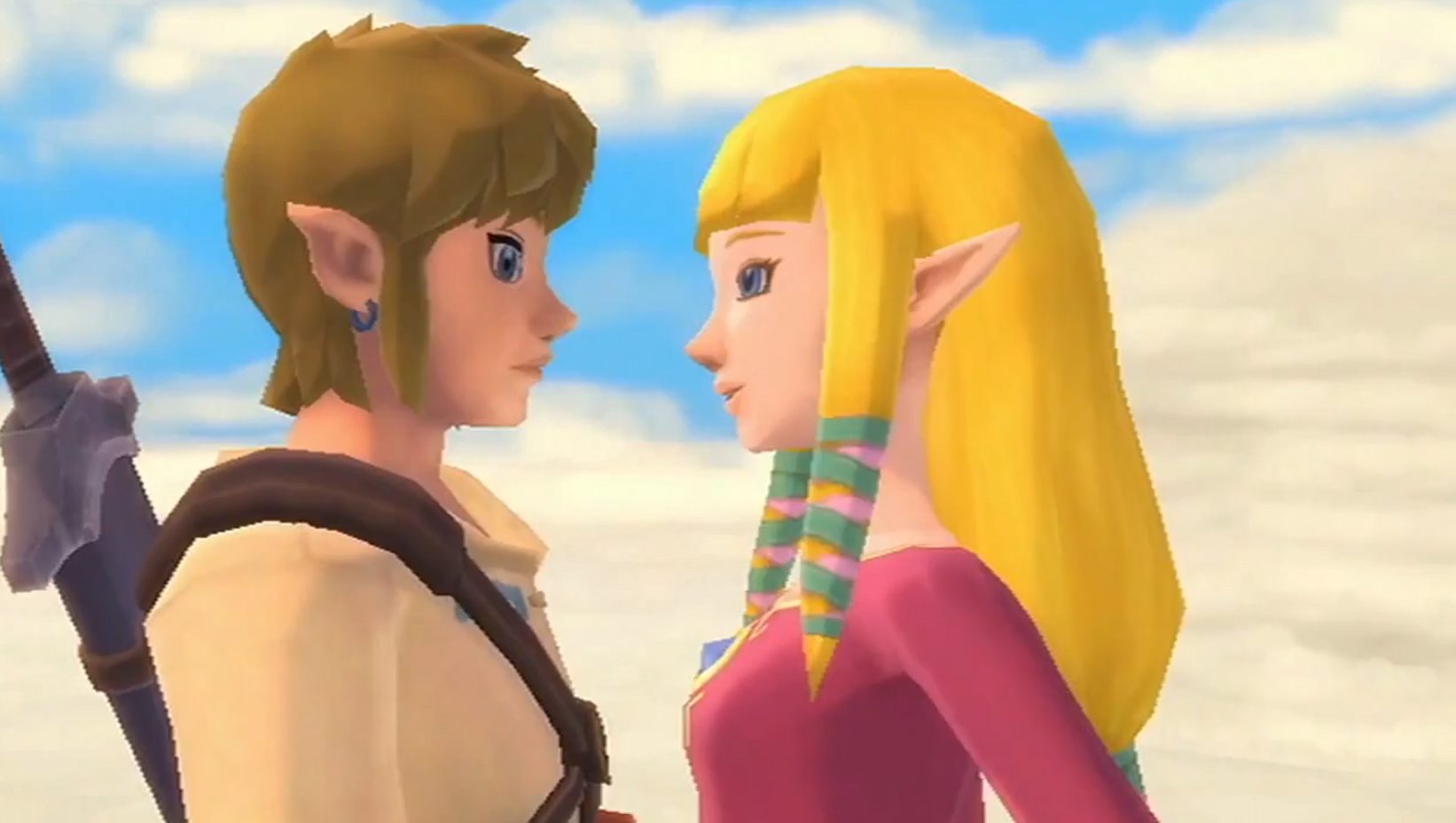 Skyward Sword may well be one of the most divisive Zelda games of all time, but it includes one of the most exhilarating moments in the franchise’s history: jumping from a Loftwing. Each resident in Skyloft has their own Loftwing, and they share a close bond with one another. But Link’s Loftwing is especially important: it acts as Link’s method of transportation through the world.

At the beginning of Skyward Sword Link’s Loftwing has to be freed from a trap it is in. But once Link has done so, he’s able to follow Zelda’s advice and jump into the abyss, only to land on his own Loftwing. This then begins the first flying sequence for Link, and sets the tone perfectly for future chances to fly atop of your own Loftwing. 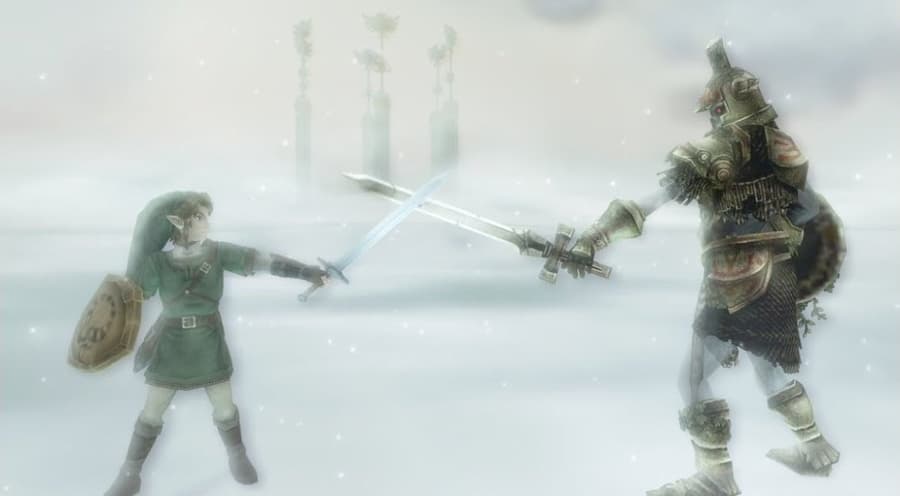 Twilight Princess is one of the more unique and eerie games in the Zelda franchise. The inclusion of the Twilight Realm makes for a wholly new atmosphere, and the ability to play as a wolf only adds to that tone. But despite these differences, there’s one clear connection to previous Zelda games: Hero’s Shade.

As confirmed in Hyrule Historia, Hero’s Shade is the previous hero of Hyrule – the Link from Ocarina of Time and Majora’s Mask. It seems that Hero’s Shade has returned as he laments the fact that he never got the chance to pass on what he’d learned to the next generation. Being taught by Hero’s Shade makes perfect sense in this context, and is a truly beautiful connection between the Zelda games of old. Hero’s Shade’s impact goes far beyond just the teachings passed on to the new hero. 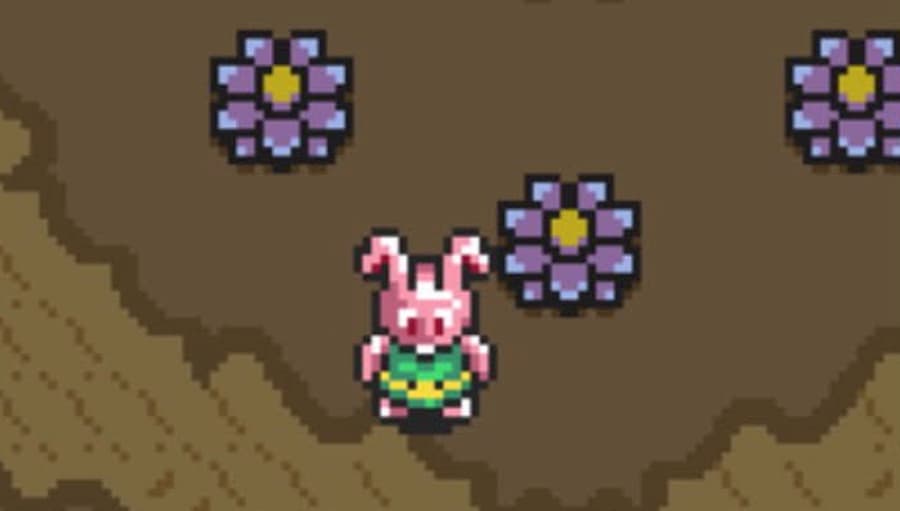 The Dark World changes people to make them look like their ‘true form’, or to reflect what is inside. The bunny probably relates to how Link felt helpless and lost in A Link to the Past. Playing as a bunny is a unique experience, and one that certainly stands out in the whole Zelda franchise. 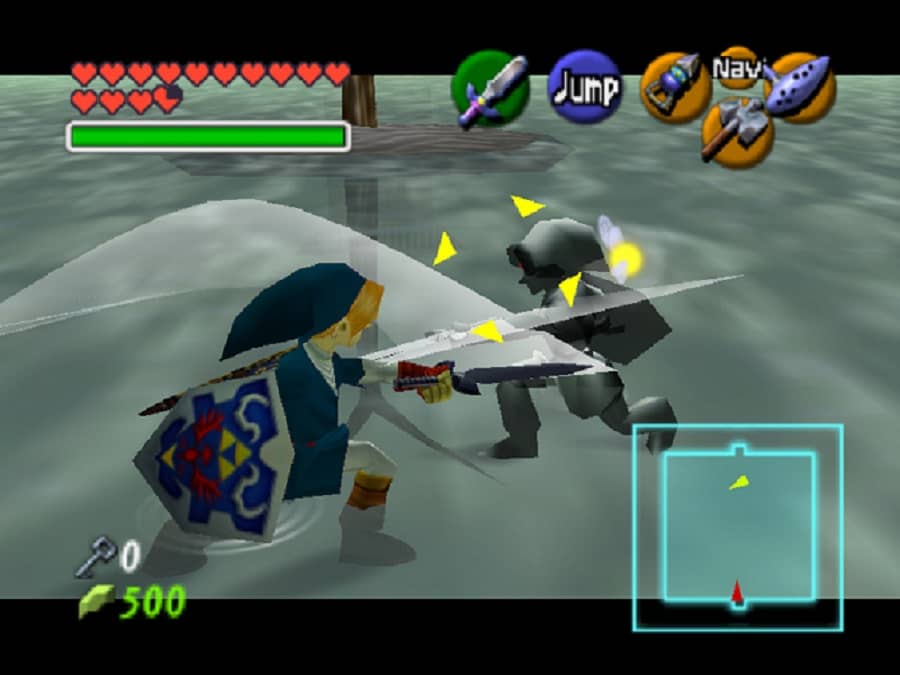 Dark Link is one of the most iconic enemies in the entire Legend of Zelda series, and proves to be one of the most epic enemies to battle. Dark Link is a reflection of Link, one that focuses on evil and brings it out in physical form. Dark Link also becomes one of Link’s most difficult foes, as Link must not only fight evil, but himself.

Dark Link appears in many of Link’s adventures, but is most prominent in Ocarina of Time. As if the Water Temple is challenging enough, the Dark Link battle adds an extra level of complexity. By copying Link’s moves, the duel becomes a real struggle between Link and Dark Link; good versus evil. In the Game Boy Advance port of A Link to the Past, Dark Link becomes four separate bosses, making the battle against them even more challenging, and even more exhilarating.

6First using the paraglider to leave The Great Plateau 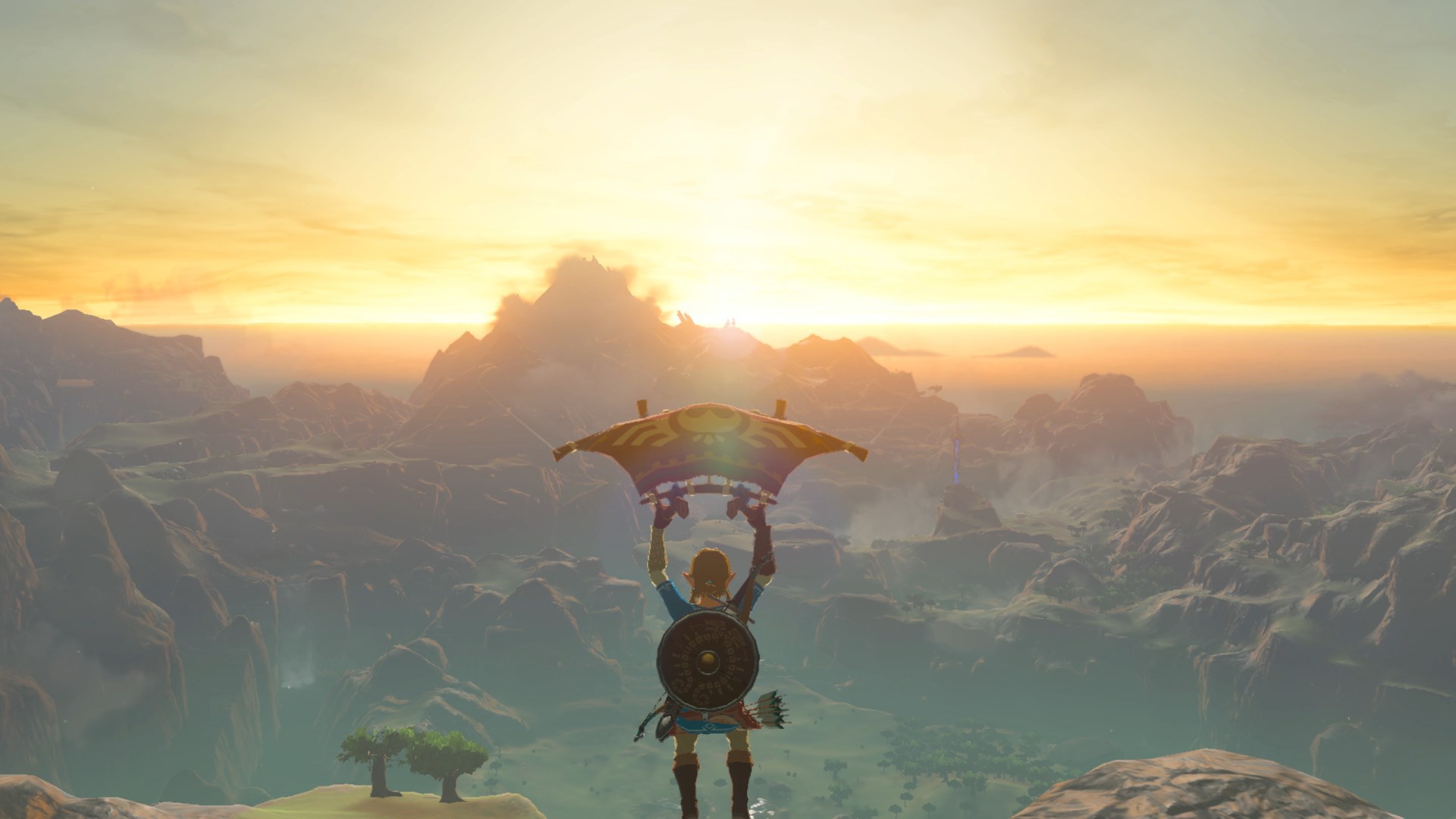 Breath of the Wild marked the biggest leap the Zelda franchise had ever taken. After awakening from his slumber, Link is beckoned by Princess Zelda to save Hyrule. But at first Link is stranded on The Great Plateau, with only advice from the Old Man as help. The Great Plateau itself may be a stunning area, but knowing that there’s a whole world and adventure below makes leaving The Great Plateau that much more significant.

And what better way to leave than using the paraglider? Gliding down into the lands of Hyrule feels incredible; the sense of wonder is almost tangible. Anywhere can be reached, and almost anything can be achieved. Exploration is key to Breath of the Wild, and the first ever use of the paraglider sets the scene perfectly for this. It’s one of the most magical moments in the whole Zelda series.

5Setting sail on the King of the Red Lions 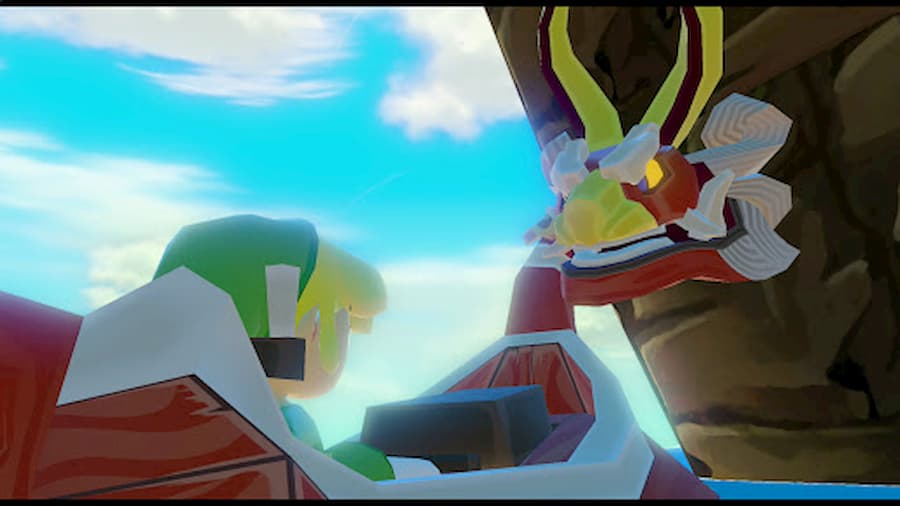 The Zelda franchise often acts as the benchmark for the adventure genre, and what’s an adventure without exploration? Wind Waker offers one of the most unique forms of exploration in the whole series: the King of Red Lions’ boat. He is actually the former King of Hyrule, although that is not revealed when Link and the boat first talk.

In fact, not only does the King of Red Lions not reveal this information early on, he doesn’t even have a sail when they first meet. After floating to Windfall Island, Link is instructed to find a sail, which begins his mini adventure on one of the best islands in the whole game. But nothing beats that first moment if setting sail with the King of the Red Lions. The wind is with you, Dragon Roost Island can be seen in the distance, and the horizon is just so inviting.

4Pulling up the Master Sword 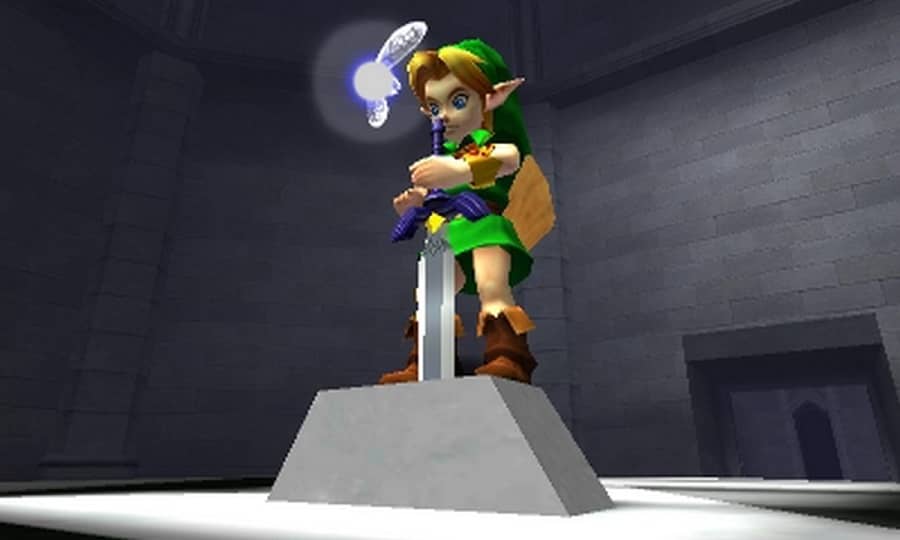 For many people, Ocarina of Time is one of the best games on the Nintendo 64 – perhaps even one of the best games of all time. Part of what makes it so great is that the adventure spans over seven years, where Hyrule drastically changes. Everything young Link works for leads up to when this fast-forwarding of time happens.

It all happens when Link lifts up the Master Sword in the Temple of Time. After collecting the three Spiritual Stones, a hidden door opens in the Temple of Time, revealing the legendary Master Sword. When you first lift this sword, you know that nothing will ever be the same again. That makes for one of the most epic moments in the whole franchise. 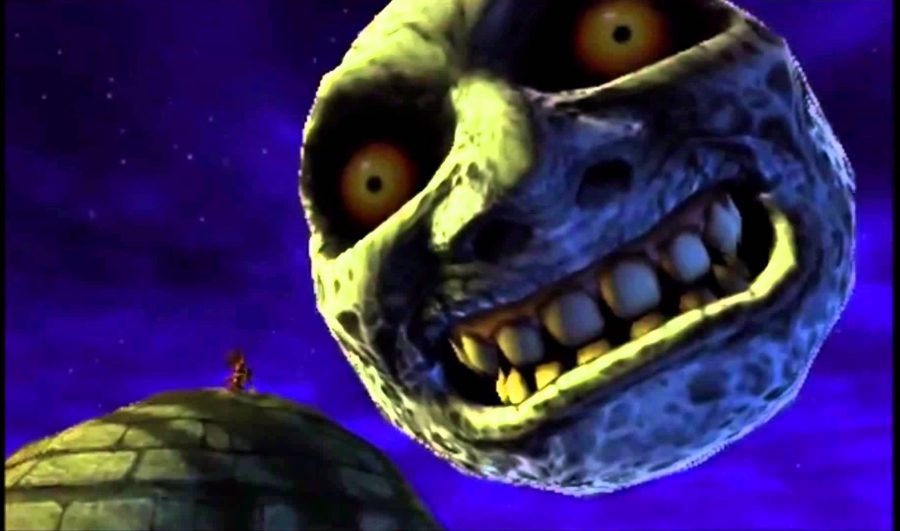 Dawn of the final day. 24 hours remain. Few words have quite as much significance within the Zelda franchise than this warning. With the moon’s impact with Termina closer than ever, the tension truly ramps up in these final hours. With the brilliant inclusion of the three-day cycle within Majora’s Mask, these final hours become pivotal to the whole story.

No day is ever the same in Termina. Each new dawn brings about new moments, new possibilities, and new scenarios. But the final day stands out as the most important of them all. With each rumble of the ground, and each hour passed, the tension rises tenfold and the true magic of Majora’s Mask comes to light. 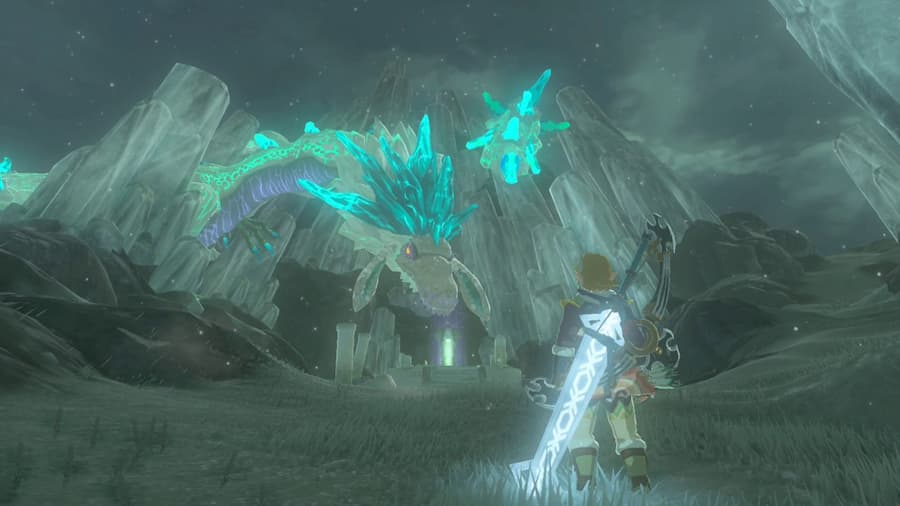 The truly expert design of Breath of the Wild comes from how the setting motivates the player to explore. No matter where you are in Hyrule, there’s always something in the distance that lures you towards it. From distant points of interest to gorgeous landmarks, exploration is consistently breathtaking within Breath of the Wild. And no landmark stands out quite like Mount Lanayru.

Not only is Mount Lanayru gorgeous, it’s also a fantastic place to explore. It’s the home of a great side quest leading to the mythical dragon known as Naydra, and Link’s opportunity to save them. No location in Breath of the Wild sums up what the game is about more than Mount Lanayru and Naydra. 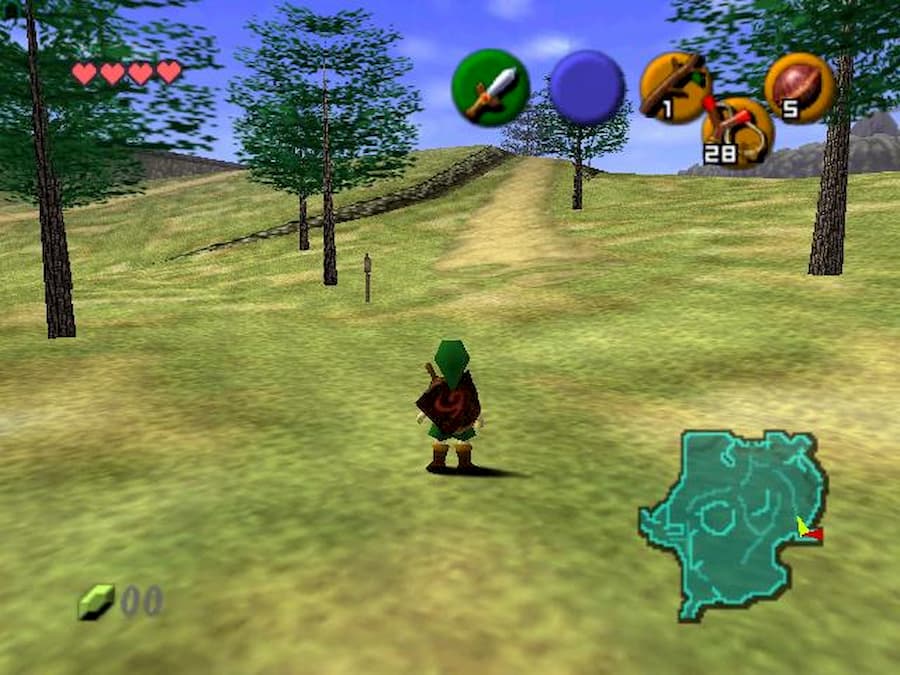 Ocarina of Time was the first 3D game in the Legend of Zelda franchise. That new dimension was never showcased better than the first time Link enters Hyrule Field. After an emotional scene with Saria, Link finally leaves Kokiri Forest and sees the vastness of Hyrule Field stretch before him. The possibilities seemed endless, and it’s truly the beginning of Link’s greatest ever adventure.

From Lake Hylia, to Castle Town, every single setting in Ocarina of Time is connected to Hyrule Field. Those first few steps towards Hyrule Castle (after speaking to Kaepora Gaeboa) feel so important. Whether you stop off at Lon Lon Ranch first, or roll your way to Castle Town before the sun sets in the sky, the first steps on Hyrule Field feel like the first steps into a new gaming horizon.

The 10 Best Simpsons Games of All Time