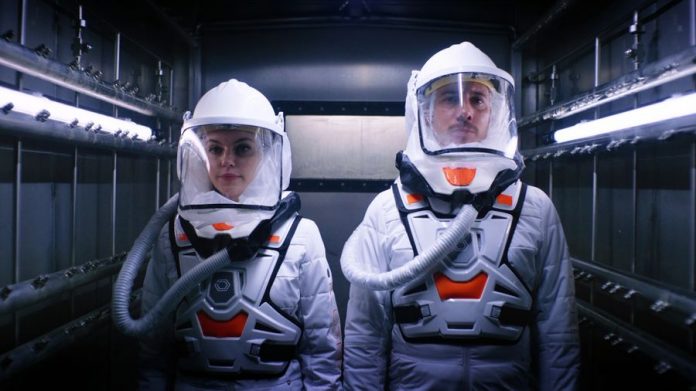 You’re all going to die down here.

The Complex may not have The Red Queen, Resident Evil’s murderous AI, but this interactive movie puts you in just as much peril as Milla Jovovich and her mates. You’re tasked with retrieving an infectious medical innovation, but before you can say “Umbrella Corporation pension plan”, the London-based lab locks down, leaving your pair of scientists (and their patient) quarantined.

“The Complex is a real tour de force, presenting you with choices which, more often than not, have meaningful consequences”

Timely as its subject matter is, Wales Interactive has had The Complex brewing for nearly a year. It’s billed as an FMV sci-fi thriller that takes place after a “major bio-weapon attack on London” – but that may be stretching the truth a little. What is surprising is how well the game uses the FMV format. Wales Interactive is known for publishing a swathe of FMV games in the last few years – The Complex is one of the few it also has developer credits on (alongside Good Gate Media). An earlier internally-developed title, The Bunker, left me cold because it was so linear it did little to justify its existence. This, on the other hand, is a real tour de force, presenting you with choices which, more often than not, have meaningful consequences. 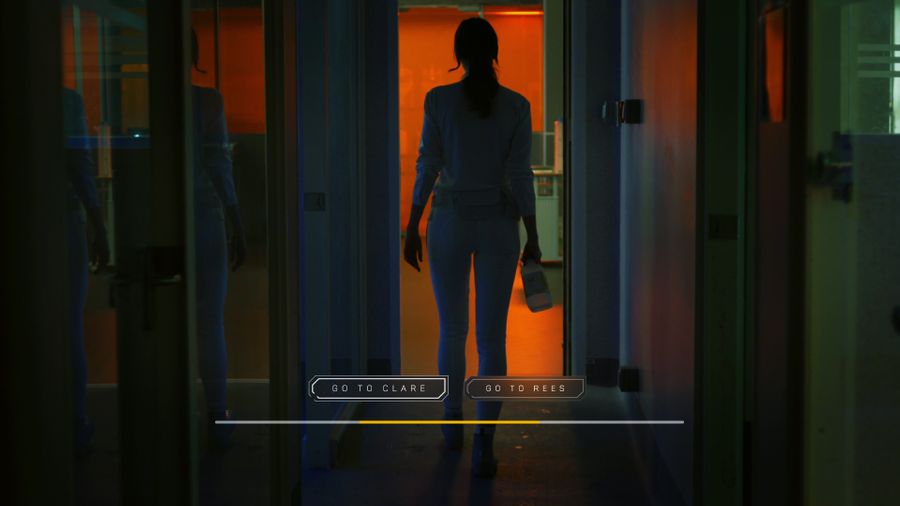 These decisions are your sole interaction with The Complex – one crops up every two minutes or so – but the story, set in the very near future, is so compelling you won’t crave puzzles or other distractions. It’s a tightly-scripted tale, with top-notch performances from a talented cast including Kate Dickie, previously seen falling down a hole in Game of Thrones. Dickie’s driven doctor is particularly well portrayed. She’s not someone you’d trust right out of the gate, but she’s also not the kind of breathlessly evil villain you’d find running the Umbrella Corporation, replacing all the door keys with elaborate multi-piece squirrel emblems.

Your protagonist, Dr. Amy Tennant (played by Michelle Mylett) is equally engaging. Initially, I was irritated to discover I wasn’t going to be able to turn her into Albert Wesker, murdering her fellow scientist and hawking her medical discovery to the highest bidder. But there’s a lot you can do within the confines of her personality, often satisfyingly so. The game tracks the subtle ways her personality shifts, but the real reward is seeing the payoff which comes towards the end of The Complex’s movie-length runtime. 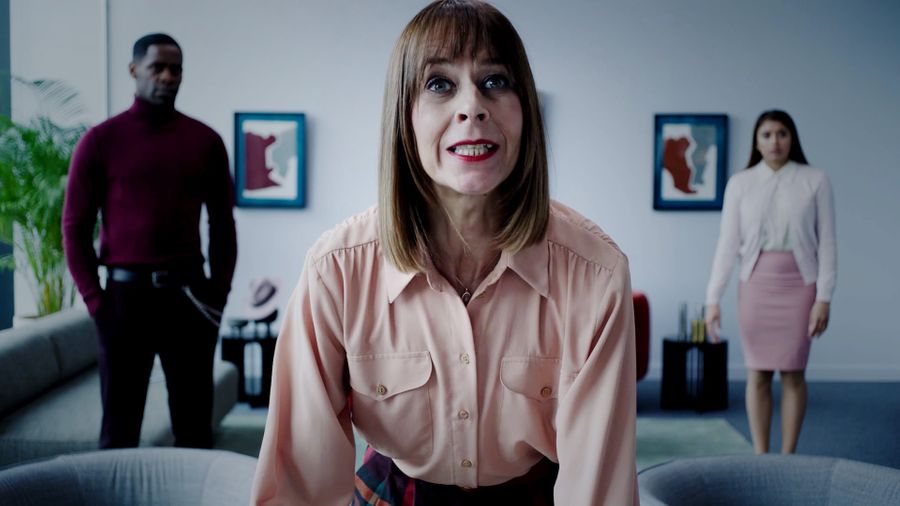 “It’s a tightly-scripted tale, with top-notch performances from a talented cast”

My one gripe about The Complex‘s production is the use of CGI blood instead of squibs but, that aside, production values are pretty high. Sticking to just two (superb looking) locations no doubt helped curtail the budget, but there’s more to it than that. The Complex is a human drama, despite the consequences if the infectious agent escapes the lab. There are no sweeping shots of the countryside, or doe-eyed children asking their parents if they’re going to be okay. Making it about the doctors – who eventually have to deal with more than just their patient – keeps The Complex grounded. Sure, there’s a potential threat to the world, but right now you’re watching Amy push someone to the bathroom so they can have a poo.

Unlike some other games, The Complex doesn’t gloss over your actions. It doesn’t matter who you can persuade to come with Lee in the final chapter of Telltale’s The Walking Dead – his fate never changes; your choices simply don’t matter. That’s not the case here; Wales Interactive’s claim that your decisions matter isn’t just a hollow boast. 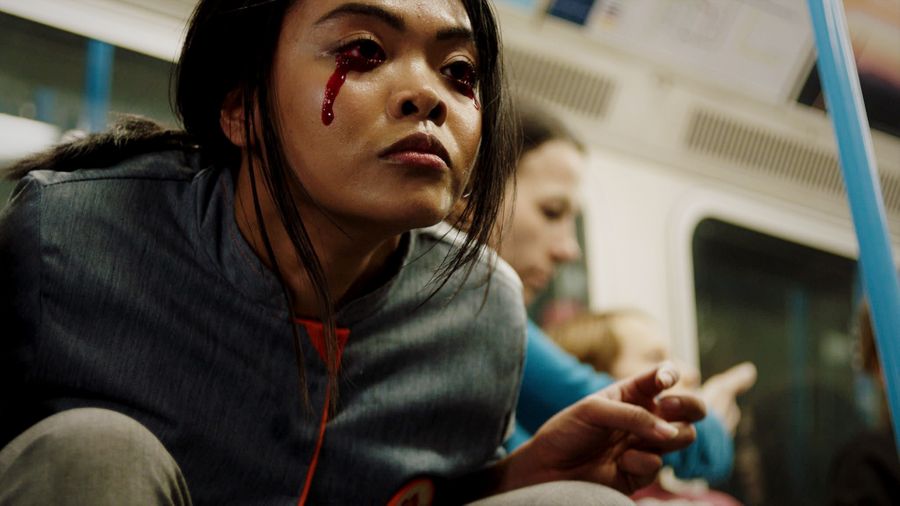 “A sharp, smartly written interactive thriller, with not a single one-dimensional character in sight”

Granted, I occasionally got frustrated when The Complex overruled me; on one occasion, I was asked whether to answer or reject a video call (you’re trapped but you can still get calls from other characters). I chose to accept it, only for the other scientist to yell out “REJECT”, cutting the call off.

But that’s not the case with every decision you make. The clever thing is that lot of The Complex’s choices mount up. There are instant life-or-death decisions near the end, sure, but the real highlights are the gloriously chilling moments where you discover you’ve reaped exactly what you’ve sown; not through one single choice, but because of the way you’ve treated someone over time. The quandaries you face to are so morally murky, they’ll claw at your conscience till the credits roll. 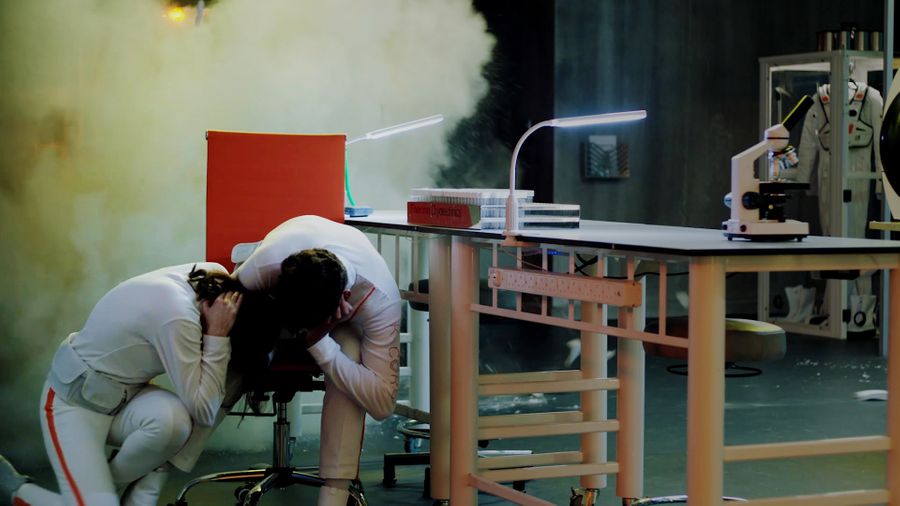 And, thank sweet robot christ, you can skip the scenes you’ve already seen. With nine possible endings, there’s good reason to go back and play through The Complex again, whizzing through to the ending to see how else the story could’ve panned out. The icing on the cake is how certain endings re-frame Amy’s actions and motives without undermining your agency.

A sharp, smartly written interactive thriller, with not a single one-dimensional character in sight, The Complex is (despite its theme) a joy to experience.

And you can blow up a toilet.

The Complex is available on PC, PS4, Xbox One and Switch. We reviewed the game on PS4 with a code provided by the publisher.