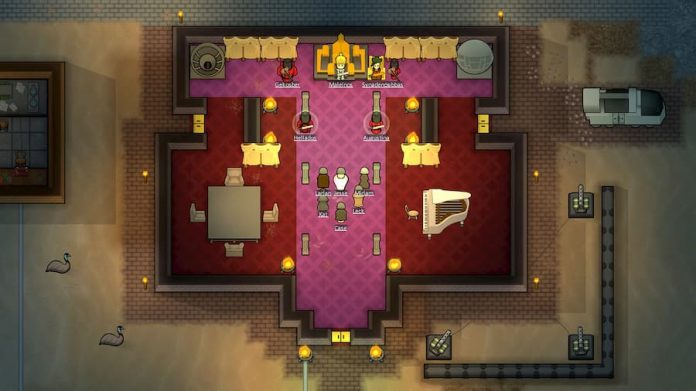 The latest DLC for Rimworld, Royalty, focuses on psychic weapons and galactic diplomacy.

It released in late February, and with it came a whole host of new equipment, technology and… problems.

I’ve been playing it nearly non-stop for a couple of weeks, so I’ve picked up some useful knowledge along the way. Here are 10 tips for a successful colony in Rimworld – Royalty.

The way hostile threats are measured in Rimworld is based on your settlement’s wealth, i.e. the total value of everything you’ve built or have in storage. So as your settlement grows it gets more viciously attacked.

This is why it has always been important to make sure you have certain things in place before you steam ahead with all sorts of side projects. You need a sustainable income of food, suitable dwellings and the ability to defend yourself. Otherwise, things will go seriously pear-shaped.

This has always been a relatively simple concept, though a lot harder to put into practice. However with the new empire quest lines in Rimworld – Royalty, it can be even harder to pull off.

It is fairly easy to complete empire quests early and receive the benefits quickly. This is alright to a degree, but be careful as the rewards may put your settlements wealth beyond your means of defending it. The empire is rich and you can become rich fast; it sounds good, but it only puts a target on your back. Make sure you are prepared for that when accepting their favour.

A Good Worker is a Happy Worker

As it has always been in Rimworld, happiness is key. The colony’s backbone is built on your ability to make sure your colonists don’t go stir-pot crazy at one-another. And they will do – often! So make sure you fulfil their needs.

This is more important in Rimworld than in practically any other game. Sure, a Sim may wee themselves in public, but they won’t have a psychotic breakdown and start digging up corpses or murdering other people. You will have mental breaks in Rimworld – Royalty; it’s inevitable. Your goal is to minimise the damage and keep them as happy as possible.

The Enemy of my Enemy

Often you will have quests available that will require you defend your settlement against various dangers. It is obvious to say that if you feel able to accept these quests (or you really need their rewards) then you need to time these wisely. Make sure your colonists are healthy, the weather is good and your defences are ready.

But in Rimworld, nothing is ever that simple. Even with the best intentions, you’ll never have a perfect outcome. There are some other triggers you may want to consider for accepting that dangerous quest, such as an invading force.

This may seem suicidal – why would you want to invite more enemies? Well, because they will fight each other. If they are a hostile faction (mechanoids are hostile to all humans) then they will often fight  whoever they come across before they meet you. If needs be, you can use your least useful colonist to aggravate hostiles into battling each other. Or better yet, you could use a temporary and expendable unit you get given for accepting the quest, like a cataphract guard.

This is general advice for Rimworld and will help you in any situation. If you realise that you have a colonist idle, then you need to sort that out. There is always something they could be doing. If that isn’t the case – perhaps they refuse to do basic labour etc. – then they may not be worth the resources you spend on keeping them alive. Perhaps they can go on a long caravan trip far, far away.

As we are all finding out during our indefinite spells of social isolation, art is actually a big deal. Without it we wouldn’t have anything to binge on Netflix, epic sagas to read through or games to waste our time on. Art is important.

I stick them nearly everywhere, making sure my colonists use the most plentiful resource (normally wood) to spruce up the place. It can also be the turning point for a throne room being dignified or not.

All jobs are important. Be you a dustman or a bio-surgeon, you are necessary to the fabric of society. This is the case in Rimworld, but like Napoleon the pig said in Animal Farm: “some are more equal than others”.

Using the work tab, you will be able to set the priority for what jobs your colonists do. Naturally, you want people doing what they are good at, but there is no point in having Dave and Tim sewing lots of nice apparel when your crops are not being harvested. You will need someone to do everything but not everything needs to be done at once.

A Royal Pain in the Arse

Power corrupts and absolute power corrupts absolutely. You can have the best, most dedicated hard-working colonist turn into a proper posh snob in a matter of seconds if they receive royal titles. These titles are bestowed after receiving enough royal favour with the empire from accepting quests and giving them gold etc.

Once a colonist receives certain titles, they will then be able to use certain psychic amplifiers and abilities. However, they will also start to refuse to do meaningful work and instead leave it for others. All the while demanding better accommodation and food.

I didn’t realise this when I first tried Rimworld‘s Royalty DLC and so had my best colonist become absolutely bloody useless. Refusing to do much else but fight and trade. If you want a royal presence in your colony, don’t sacrifice your hardest workers – but someone who has high social skills and not much else.

The Best Defence is Armour

I used to be obsessed with building tonnes of cannons and turrets in Rimworld. I loved the idea of having a fully-defended compound that would work independently of any input from my colonists, but the turrets aren’t that good. They are useful in bulk and for distracting enemies, but their chance of hitting can be quite low compared to a colonist with a good shooting stat.

It may be better to instead invest in building better armour for your colonists. This is cheaper and goes a long way to avoiding them taking serious injuries during raids. It also goes without saying that you should arm them to the teeth too. All of this is fairly easy using the machining table or fabrication bench.

We Can Save Him, We Have The Technology

Fights happen and so do accidents. And in Rimworld these often lead to missing limbs. If your colonist seems a bit slower than before, you can select them and click the health tab to see what is affecting them. They may be missing a toe, a leg or a stomach without you realising.

Good news though! You can make new ones! First, you’ll need to research prosthetics and then biological replacements. You can replace that knackered-looking stump with state of the art technology. This may cost a lot of resources, but could be well worth it for your more crucial and talented colonists.

Lastly, many people in Rimworld under-utilise the ability to stray from their colony and trade with neighbours. You can, if you feel so bold, also attack another settlement or bandit camp. All of this is necessary in order to acquire much-needed resources. It is not worth waiting for steel to appear or mining your countryside clear for components if you have neighbours at the ready that are willing to trade them to you.

Caravans are crucially important to maintaining and expanding your colony and reaching your goal to escape this god forsaken planet. It is also a good use of your annoying uppity titled characters as they are willing to embark out on trade. 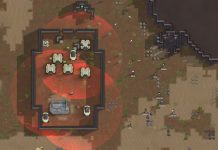 How to Get Components in Rimworld – Royalty 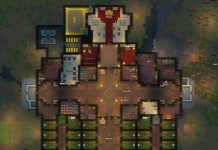 How to Make a Dignified Bedroom in Rimworld – Royalty 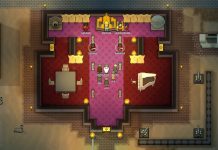 How to Make a Dignified Throne Room in Rimworld – Royalty