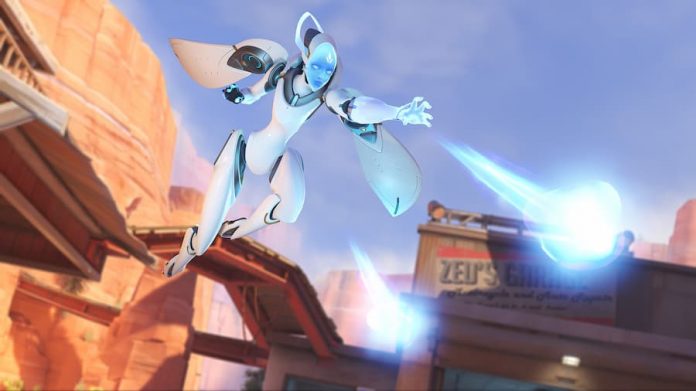 Robotic new hero Echo is now live on the Overwatch Public Test Realm, available for players on PC to try out ahead of the character’s full launch.

Echo is the 32nd hero to come to Overwatch, and according to game director Jeff Kaplan, will likely be the last. Sure, we can look forward to the new content no doubt coming with Overwatch 2, but still, this could mark the end of an era.

A sleek and versatile robot designed by Singaporean scientist Dr. Mina Liao (a founding member of Overwatch), Echo is the game’s new damage category hero. Echo’s primary attack is the tri-shot, which fires three shots in a triangle pattern, with sticky bombs as the secondary fire. Echo also has flight and glide abilities, a devastating focusing beam attack and an ultimate ability that allows her to duplicate an enemy hero’s abilities.

Echo represents the cutting edge of technology, the result of Dr. Liao’s ongoing work into artificial intelligence and her attempts to improve on the omnic designs that she herself had a hand in developing. Though placed under strict limits to prevent another omnic crisis, Liao created Echo to learn and evolve through observation, constantly becoming a better and stronger force for Overwatch.

PC users can try out Echo on the Overwatch PTR (Public Test Realm) now. You can check out the “Introducing Echo” video below for more information on the new hero, or head over to the Overwatch website.