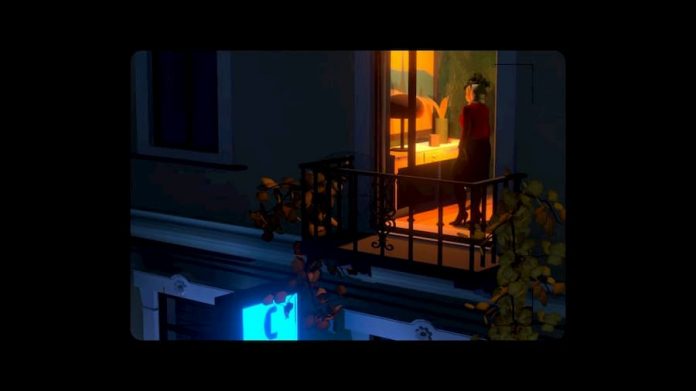 Solve a murder from your balcony in The Flower Collectors, a unique detective mystery game from the studio behind The Lion’s Song.

Mi’pu’mi games recently announced a new first-person detective adventure, coming soon to PC. Citing inspiration from noir cinema, as well as games such as Firewatch, The Flower Collectors spins a unique narrative with a focus on characters and world-building.

It is 1977 in Barcelona and the country is still floundering in the political fallout following the death of dictator Francisco Franco. You play as Jorge, an ex-policeman in a wheelchair who spends his days watching the world go by from his balcony. One night, Jorge witnesses a murder, but stranded in his flat he seeks the help of an enthusiastic young journalist called Melinda in the hopes that they can uncover the truth together.

Meet and interact with a series of interesting anthropomorphic animal characters, create a crime chronology and uncover the neighbourhood’s secrets using your trusty binoculars, camera and transmitter.

The Flower Collectors will be the second title from Mi’pu’mi Games, following the success of their acclaimed episodic adventure The Lion’s Song.

Check out the new announcement trailer below, or head over to the game’s Steam Store page for more information.