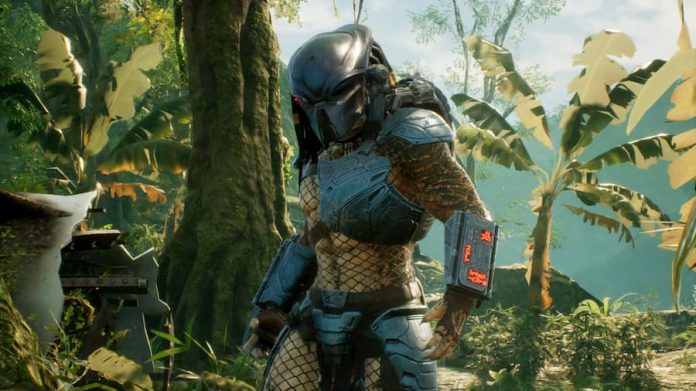 There’s only one thing that could possibly brighten up a weekend stuck at home: access to free games.

There’s DCL: The Game if you fancy flying virtual drones around. But if you fancy something a bit more thrilling and action-packed, Sony is offering a free trial of the upcoming Predator: Hunting Grounds.

Based on the classic Predator series, Predator: Hunting Grounds is an asymmetric multiplayer shooter. In the vein of Dead by Daylight et al, it sees one player take the role as the venerable Predator while everyone else plays as a member of an elite Fireteam. If you’re on the Fireteam, your goal is to complete a set of military operations without being caught. If you’re the Predator – well, you simply be a predator. Hunt that Fireteam down.

Predator: Hunting Grounds is set to release next month, but for the next three days the game is available to try for free. From 4pm today, Friday 27th March, you can download the free trial on PlayStation 4. It’s available until 23:59 on Sunday 29th March.

It seems the free trial will only let players experience the role of a Fireteam member for now. That means teams of four will be given a mission to complete, all while avoiding the threat of the Predator. While the full game has multiple maps, only Overgrowth will be available in the trial; a tightly-packed dense jungle.

If you’re at all interested in what Predator: Hunting Grounds has to offer, be sure to download the free trial this weekend. There’s only one caveat: you’ll need a PS Plus subscription to be able to play.