If you’re feeling itchy… erm, I mean if you’re itching for a bloody good soundtrack, you can purchase the vinyl edition of the Resident Evil 3: Nemesis OST from 1999 right now.

Laced Records and Capcom have put their creative fingers together in a tight embrace to bring gamers a unique vinyl that they’ll certainly want the second they set their eyes on it.

Pre-orders have just opened for the official Resident Evil 3: Nemesis (aka Biohazard 3: Last Escape) double LP. This LP features fully remastered audio from the 1999 PlayStation game as well as new vinyl artwork by Boris Mocel for the sleeve.

Resident Evil 3 famously introduced players to the horrific “Nemesis” creature who chased the game’s protagonist Jill Valentine around for the majority of the game. You’d never know when something was going to pop out at you or when the big baddie himself would jump at your from around a corner with his rocket launcher in hand. 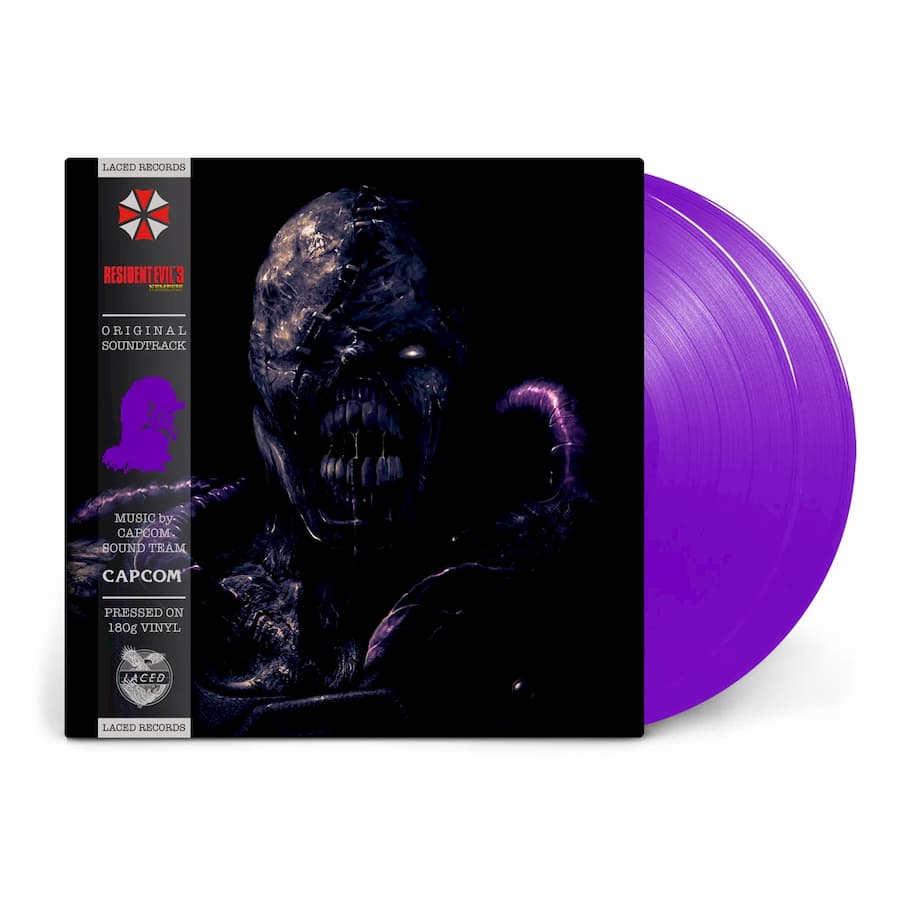 Now on vinyl, the game’s soundtrack has been pressed onto audiophile-quality, 180g heavyweight vinyl LPs housed in a striking gatefold sleeve so that you’ll feel every ounce of fear you did when you first played the game. It is available as a Standard Edition (traditional black discs) and Limited Edition (purple discs, exclusive to the Laced Records store.)

Pre-order the vinyl over on lacedrecords.com for £33/$35. These babies are set to ship in April 2020. Just in time for the Resident Evil 3 Remake!