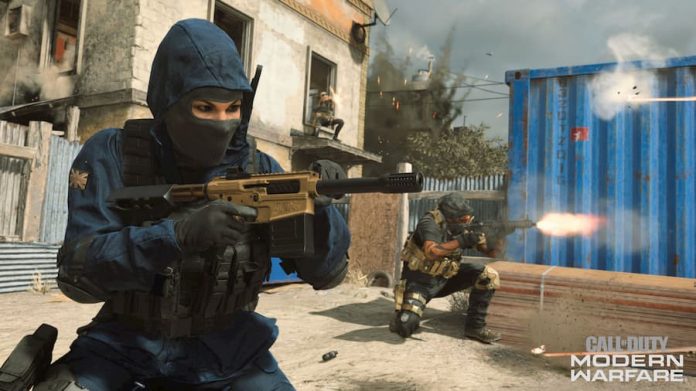 The Season 3 update for Call of Duty: Modern Warfare is now live, and it introduces new features, content and more.

Available on PS4, Xbox One and PC, Call of Duty: Modern Warfare Season 3 has plenty to offer players, and best of all they don’t need to spend any money to enjoy most of it.

For a start, Call of Duty: Warzone has just got a new game mode, Quads, which allows players to squad up with three others in both Battle Royale and Plunder matches. As you’d expect, the increased team size makes teamwork even more essential. Also for Warzone, throughout Season 3 you can expect to see more modes and playlists that change the loot pool to specific weapon types, as well as other surprises. The loot itself is also receiving an overhaul; expect to find silenced and non-silenced variants of all weapon types, allowing squads to go silent if they wish. And remember, you don’t need to own Call of Duty: Modern Warfare to play Warzone, so download it for free and join in.

When it comes to Call of Duty: Modern Warfare, Season 3 introduces three new 6v6 maps – Talsik Backlot, Hovec Sawmill, and Aniyah Incursion. They’ll all challenge players to devise new strategies. Along with the new maps, there will also be more playlists introduced throughout the season, such as Demolition and Gun Game Reloaded. Players are also urged to check out the Barracks for a new batch of missions. Completing them will reward XP, blueprints, skins for Operators and vehicles, and more.

Call of Duty: Modern Warfare 3‘s Battle Pass system means there’s more up for grabs in the Season 3 update, too. At Tier 15 the Renetti Handgun can be unlocked for free, and at Tier 31 the SKS marksman rifle. Both weapons can be customised. Those who purchase a Battle Pass, however, can also play as a new operator, Alex, and will also unlock a new shirtless skin for Yegor. There’s more for Battle Pass purchasers as well, including skins modelled after various armed forces at Tier 10, and a new finishing move at Tier 20. Overall, there are over 100 pieces of new content.

The Call of Duty: Modern Warfare Season 3 roadmap can be seen below. You’ll also find new content for purchase in the store, including new operators, as the season progresses. 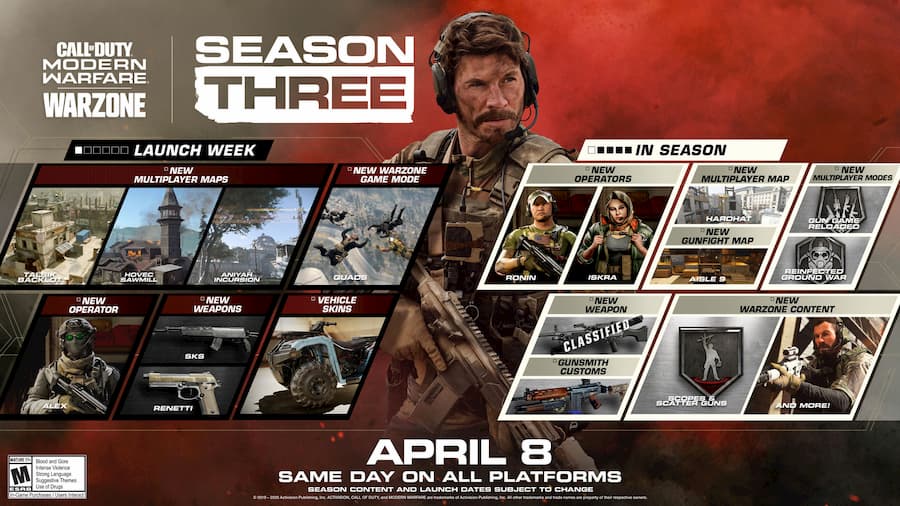 Of course, a new patch has also landed alongside the Season 3 update. Here are the patch notes as per the Infinity Ward website.