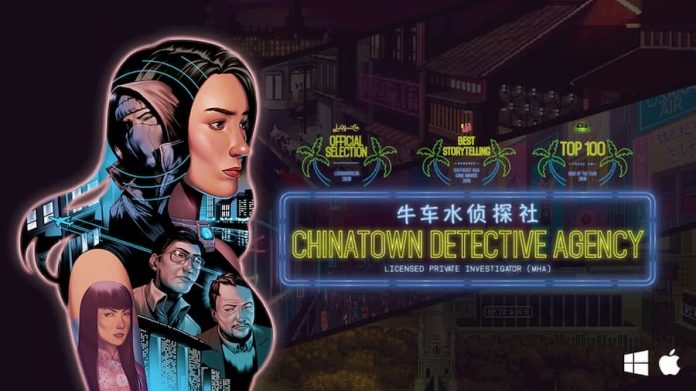 Despite only playing a short demo, I’m certain that Chinatown Detective Agency is shaping up to be something great.

Described as being inspired by the classic Carmen Sandiego games, that was all I needed to hear to be fully on board with Chinatown Detective Agency. Carmen Sandiego is one of my childhood favourites; a new game being likened to it is a huge deal in my opinion. I’m pleased to say that after playing through the demo, I wasn’t disappointed.

In Chinatown Detective Agency you play as Amira Darma, a private eye who has left her shiny job at INTERPOL for more “meaningful” work. Your office can be found in the heart of Chinatown, Singapore in the year 2032 where criminals run amok but technology is thriving. Amira might be new to the world of private investigation, but she knows what she’s doing. When we meet her, she’s impatiently awaiting her first client.

In the demo available on the game’s itch.io page, players will play through Amira’s first case. A man has gone missing and a shady client has asked that you find him and apprehend him by any means possible. You’ll be tasked with investigating multiple areas of Singapore while trying to find any clues to the man’s whereabouts. 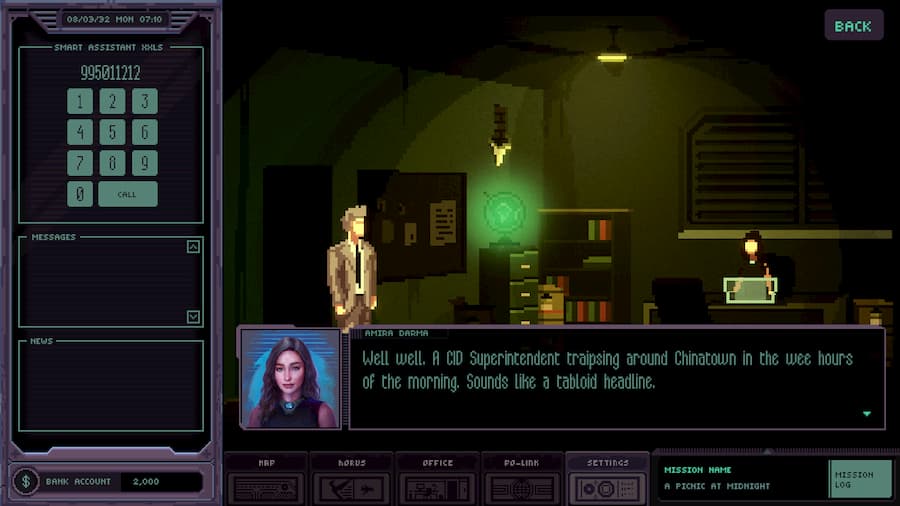 The demo does a great job of showcasing how Chinatown Detective Agency is going to work upon release. One of the first things players will have to do is google a mysterious quote to find out what book or what author it came from in order to search for it in the in-game library database. After greasing the palm of one of the librarians, you’ll find a possible location for the suspect and head there to look for more clues. There, you’ll be forced to decipher a code, one that I spent at least 10 minutes struggling over before I figured it out. But, oh, it was satisfying when I did. The demo ends with Amira solving her first case while possibly getting set up for another. No rest for the wicked, as they say.

While Chinatown Detective Agency is still in its early days, it’s clear how much work has already gone into it. The pixel art graphics are beautiful, and the more detailed images of the characters coupled with the stellar voice acting really brings them to life. Add to that the so-far excellent puzzles, and Chinatown Detective Agency already feels like something grand – and I’ve only played about thirty minutes of it. 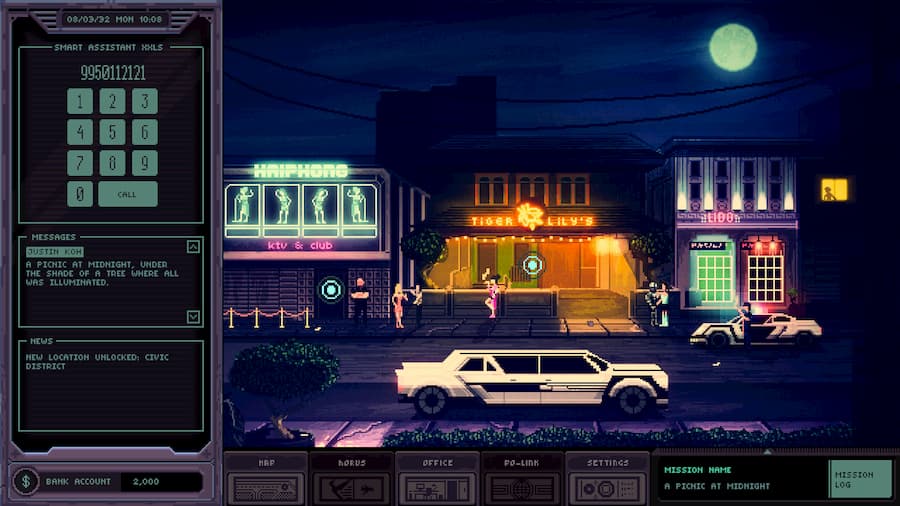 I can’t wait to see where Chinatown Detective Agency goes and hope to see its Kickstarter reach its goal. As of publishing, there’s 24 days left of the Kickstarter, and the game’s around 60% funded. Each tier past the first (starting at £13) will reward contributors with a code for the game, and higher tiers offer more intriguing rewards like a digital soundtrack, artwork or even an appearance in the game.

Slated for release towards the end of this year, I’m certain Chinatown Detective Agency is one to watch. Go wishlist the game on Steam if it sounds like your sort of thing. 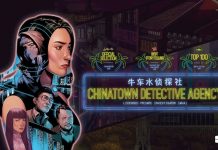