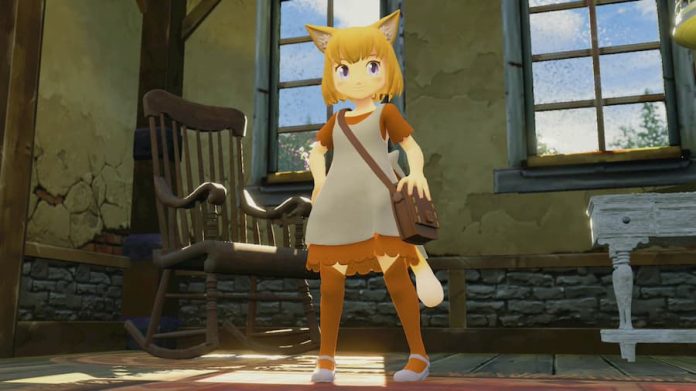 From NIS America and Atelier Minima, Giraffe and Annika is a cutesy RPG about discovering secrets and finding yourself.

Announced last week, Giraffe and Annika is set to release on PS4 and Nintendo Switch late this summer. In it, you play as the titular Annika. She wakes up on the strange Spica Island with no memory of who she is and how she got there.

Luckily for her, she runs into Giraffe, a boy who seems to know her. Together, they set out on an adventure to find mysterious star fragments which are hopefully the key to restoring Annika’s memory.

You’ll explore Spica Island in a traditional 3D adventure-game fashion, interacting with the world around you and discovering secrets. But the game’s story plays out in charming comic book-style cutscenes.

It’s Giraffe and Annika‘s boss fights that really sound interesting, though; they combine combat with rhythm, tasking players to hit notes in time with the music in order to damage the fearsome-looking foes.

Giraffe and Annika will release on PS4 and Nintendo Switch on 25th August in North America, 28th August in Europe and 4th September in Oceania. It’s releasing both digitally and physically, with a limited Musical Mayhem Edition bundling the game with a soundtrack and art book.

Give the trailer a watch below, and look out for more information on the game closer to its release.