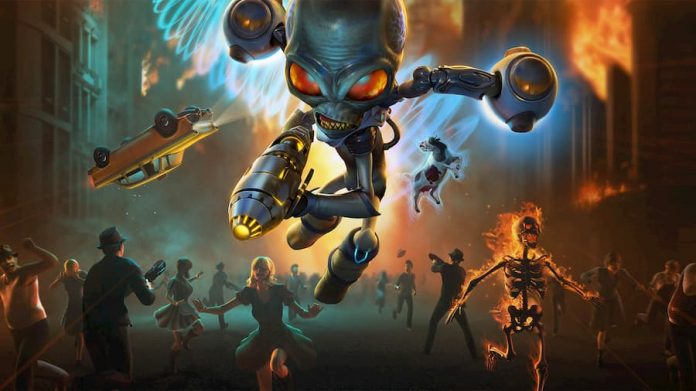 Grab your probe guns and start looking for some good butts.

But not just for fun. Destroy All Humans! has officially received a release date, so you’ll need that probe gun primed and ready. This cult classic game is headed to PC, PlayStation 4 and Xbox One on July 28th, 2020. Physical pre-orders are open now on all three consoles from certain retailers as well as digitally for PC and Xbox One.

Destroy All Humans! is an adventure game where you play as Crypto-137, an alien sent from space to harvest human DNA and ultimately destroy the US government. Your goal is to completely annihilate as many humans as you can with your wide variety of alien weaponry and psychic abilities to help you along the way. You can even destroy large areas of the planet with your flying saucer.

Along with regular pre-orders of the game there are also two special editions set to release. The DNA Collector’s Edition will feature a Crypto’N’Cow figurine, keychain, six lithographs, anti-stress toy and all in-game Crypto skins inside of the premium box for an RRP of $149.99/£139.99. 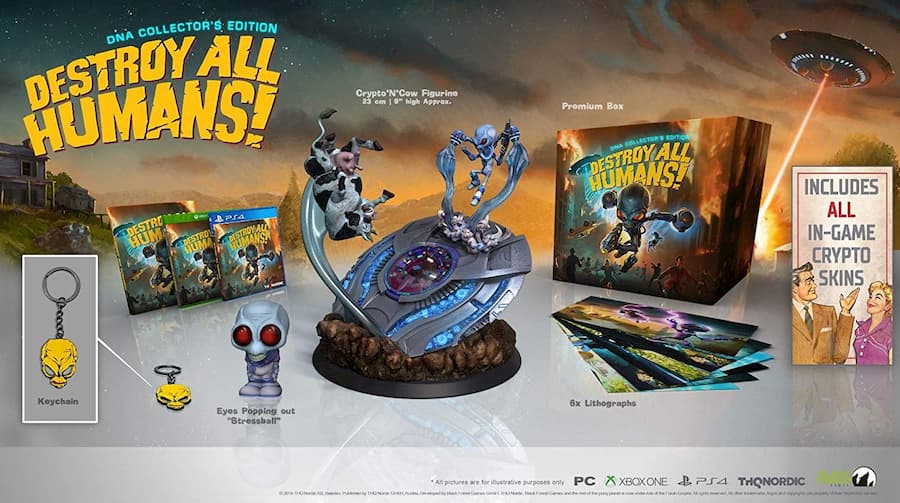 The Crypto-137 Edition features a Crypto-137 figurine, a Crypto backpack, keychain, six lithographs, anti-stress toy and all in-game Crypto skins inside of a premium box for an RRP of $399.99/£349.99.

The trailer below shows off the insane Crypto-137 edition. Whether you fancy dropping a month’s rent on a collector’s edition or simply pick up the game by itself, Destroy All Humans will be coming to PC, PS4 and Xbox One on 28th July.