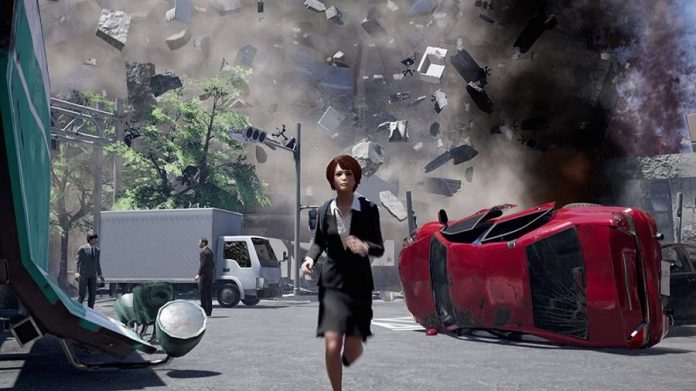 Disaster Report 4: Summer Memories isn’t sure what it wants to be – and it shows.

Is Disaster Report 4 meant to be a survival driven-game, as previous instalments in the series are? It sees your male or female character roaming through an earthquake-torn city, aftershocks still tearing into the metropolis and it reminds you when you’re hungry, thirsty or need to use the toilet. But the survival mechanic is so broken that you can ignore these “requirements” entirely. My character spent an entire playthrough parched, empty-bellied and egg-bound, with no negative effects.

Perhaps you’re supposed to be overwhelmed by the scale and terror of nature’s wrath? That’s certainly been the case with other Disaster Report games, which exposed you to some horrifying, life-threatening spectacles. The first game featured a breathtaking sequence where you fled a massive, earthquake-induced tsunami – and Disaster Report 4 is certainly equipped to deliver that experience. It has a respectable draw distance and an engine that, aside from the odd framerate drop, should be capable of delivering dramatic set pieces.

“Disaster Report 4’s tone is so wildly inconsistent, often inappropriately so, that it undermines a lot of the drama”

Yet the most you get is a sinking apartment block; the rest of the time you’re just watching small buildings topple over. You need to brace yourself to avoid taking damage, but the chances of actually getting hurt are relatively minor. It doesn’t help the drama (or lack of it) that the character models are so poor, either; there’s moment when you discover a collection of bodies under a highway section, presumably having been crushed by falling rubble. But instead of recoiling at shock at this loss of human life, I started laughing like a drain because every single (undamaged) corpse was laid out in the exact same “Superman” pose. Having you revisit the same section of street three times (despite this, the game is basically linear) doesn’t build suspense either. 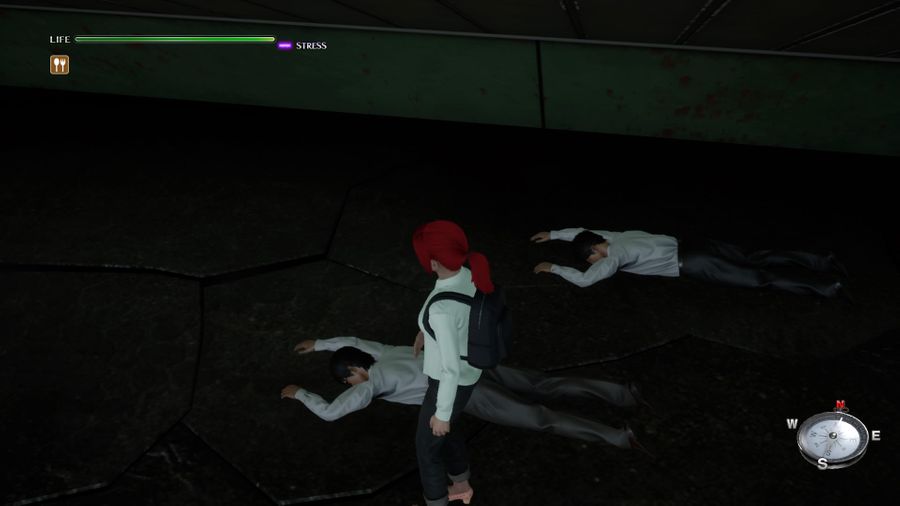 Maybe Disaster Report 4: Summer Memories is a solemn story of human tragedy and the ultimate triumph of the spirit? There are some strong, character-centric moments, including a scene where you befriend a single mother, only to see her apartment building submerge with her inside it. The problem is that Disaster Report 4’s tone is so wildly inconsistent, often inappropriately so, that it undermines a lot of the drama.

It’s not the game’s humour that’s a problem, but it doesn’t recognise the importance of appropriateness. Yes, it’s funny to encounter the same relentless fraudster every time you enter a convenience store. But when a relatively major character has met a tragic death, and their friends are sinking to their knees, sobbing, giving you the option to say “I felt lonely upon realising I can’t meet them again in the sequel” kind of destroys the mood.

Is the whole point of Disaster Report 4 is to show you that your actions have consequences? It certainly makes a big show of doling out moral or immoral points. When you help out a convenience store you have the option of pocketing the money instead of putting it in the register. You might be able to afford that policeman’s outfit later on but the immoral points you rack up are bound to bite you in the behind later, right? 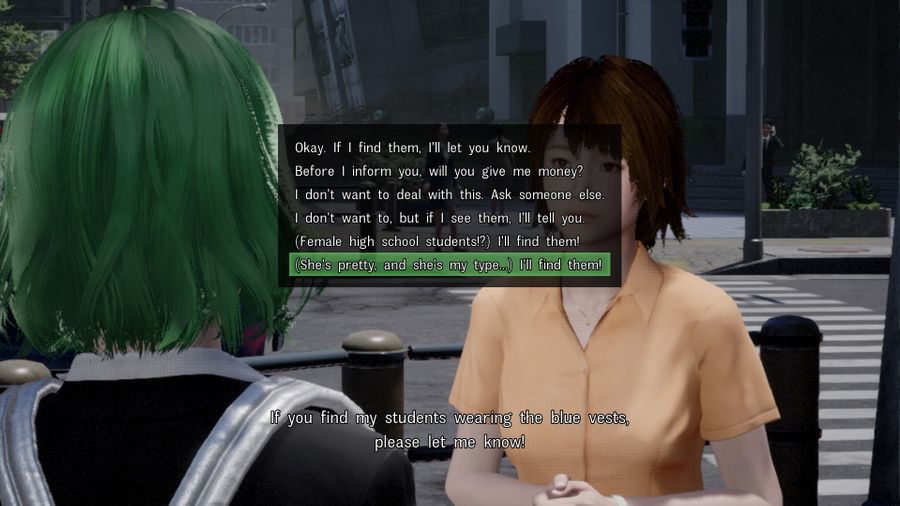 “At times, Disaster Report 4 is really heart-warming as you watch people come together in the face of unspeakable loss”

No. There is one point in the game where the story branches, but your choices seem to have little consequence on the story’s outcome. On my first playthrough, I’d tried to be good. The second time around, I was as evil as possible; I charged an earthquake survivor £5,000 to get his barber’s scissors back, tried to push someone off a building because pulling them up was too much like hard work, made inappropriate sapphic advances to a sobbing survivor, and that’s just the tip of the iceberg. Yet, I got the same ending as before: rescued safely with no reprisals. No matter how selfish or plain evil you try to be, Disaster Report 4: Summer Memories won’t let you proceed without rescuing survivors which invalidates the optional “I’ll look after myself and no-one else” choice the game offers you early on.

Perhaps the game’s an adventure, then? But just progressing through the city can be a chore because of how obtuse and user-unfriendly Disaster Report 4: Summer Memories can be. Take climbing, for example. Your character is only allowed to clamber over a few, specific pieces of rubble, but there’s no indication which of these are. In one case, there’s a ledge you need to climb but unless you find the pixel-perfect location that activates climbing, it won’t let you proceed. 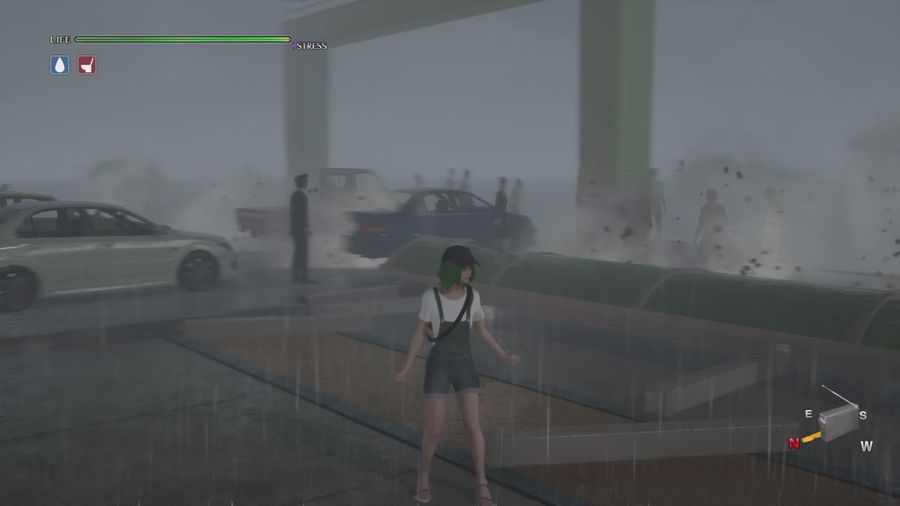 Certain routes are blocked until an aftershock has, conveniently, created a path for you. That might sound like a sensible way of corralling the player, but the triggers for these aftershocks are often absurd. Early on, an event doesn’t trigger until you follow a couple of suspicious characters into an office building and observe a cutscene. That’s a little odd, but not unheard of in the context of adventure games. But then you need to trigger a second aftershock, which you do by… walking into a burger bar. There’s no accompanying cutscene, no conversation, nothing to see; you just have to wander in and out to trigger the second chunk of rubble to fall.

“Why am I only getting my meal now? It’s been two hours.”

“Yes, sir, but we couldn’t give it you until you glared at that seagull on the roof across the road.”

It’s really as absurd as that. Disaster Report 4 has next to no proper puzzles, so situations that do require some investigation are handled inflexibly. At one point, you need to collect some flowers in an area that’s been hit by a fire. You can see the flowers, you know exactly where they are, but you can’t attempt to get them until a specific NPC has told you where they are. Throw in a stealth section where your foes can see you through a partition but can miss you when they’re shining a torch on you and you’ve got a game that’s very hard to like. 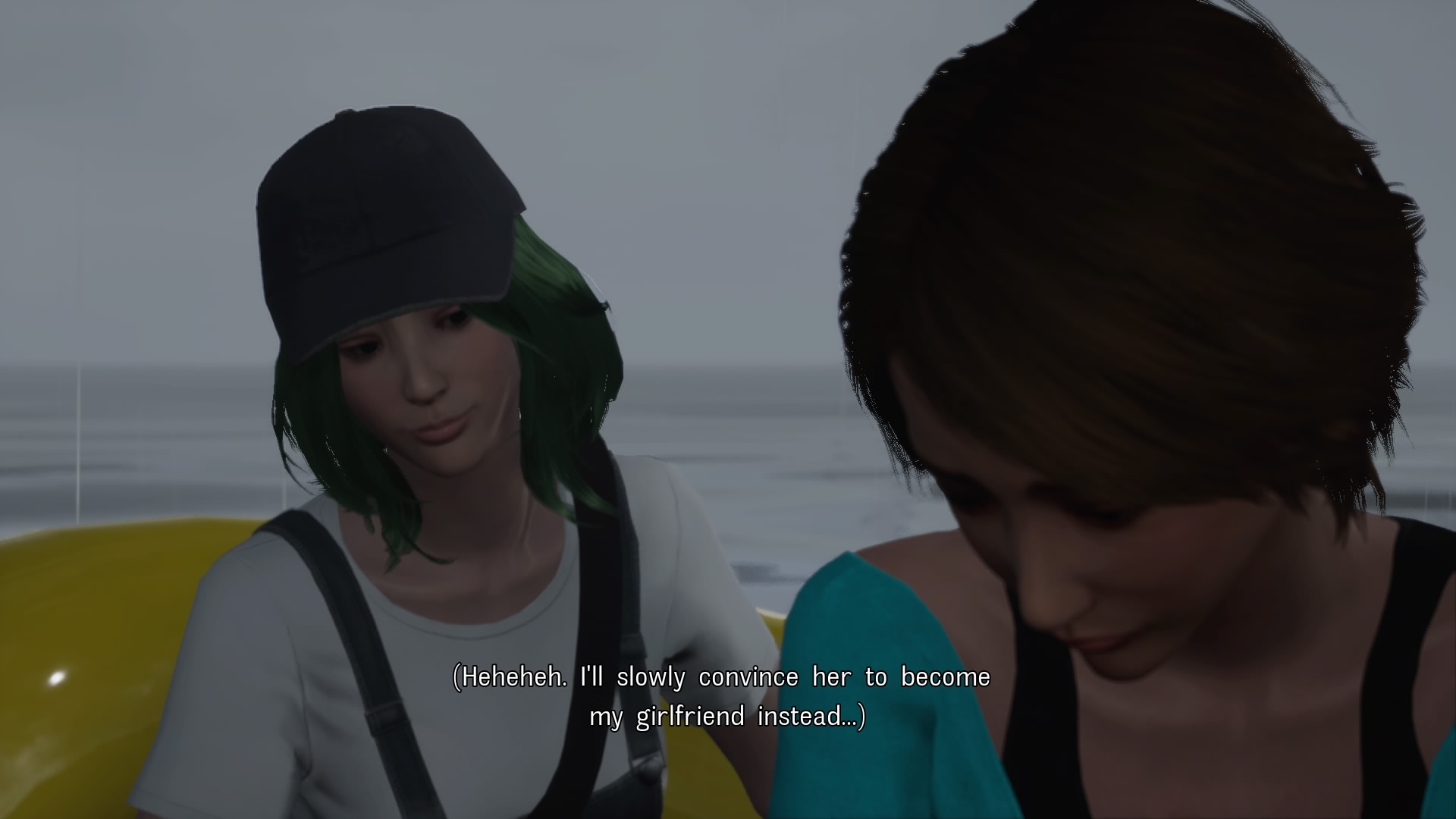 “Disaster Report 4: Summer Memories has so many rough edges, broken mechanics and frustrating, counter-intuitive elements that it’s anything but memorable”

And yet, there are things to like about Disaster Report 4: Summer Memories. It’s suitably topical (unintentionally), addressing the topic of those who charge through the nose for scarce resources. When it’s not laying humour on top of tragedy, there are some genuinely funny moments. Being able to customise your character is a welcome feature, as is watching others characters react to your mercenary actions. It’s definitely more fun to be the bad guy, even if the game doesn’t punish you for it.

At times, Disaster Report 4 is really heart-warming as you watch people come together in the face of unspeakable loss. It echoes a lot of the behaviour we’ve been seeing during the current crisis, of individuals going out of their way to help others. There are also five PSVR levels which, devoid of people, has you re-experiencing short chunks of the game, a nice bonus. Being able to wear a daft mask, and see it close-up in cutscenes, made me laugh like an idiot, as did joining a cult and emptying out their safe. 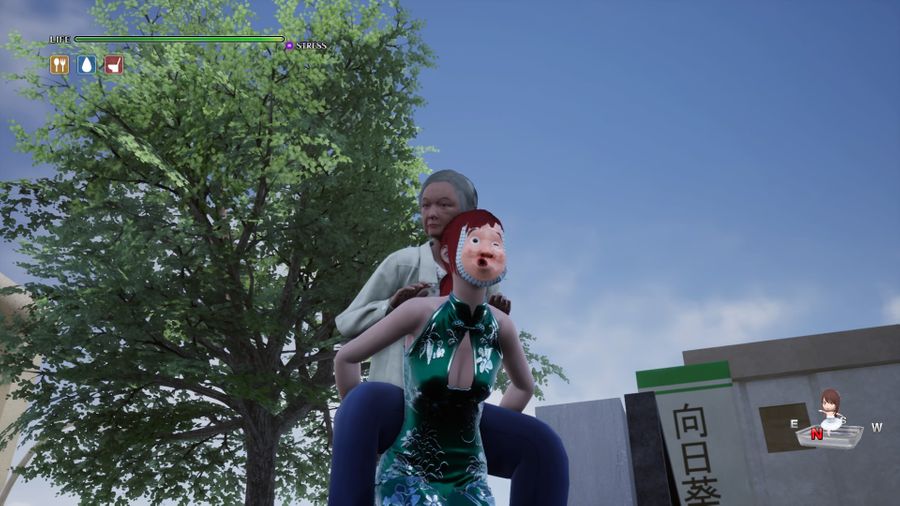 I never played Disaster Report’s PSP incarnation, but I loved the first two games in the series. Raw Danger (Disaster Report 2) was as mad as a fish, but it had a wealth of interesting characters, dramatic scenes and decisions with actual, game-changing consequences. And, unlike Disaster Report 4, there was a palpable feeling of fear and urgency.

Even though it’s arrived nine years later than planned (it was cancelled and later resurrected due to the 2011 Japanese earthquake) this is a step back for the Disaster Report/Zettai Zetsumei Toshi series. There are a few highlights, but Disaster Report 4: Summer Memories has so many rough edges, broken mechanics and frustrating, counter-intuitive elements that it’s anything but memorable.

Disaster Report 4: Summer Memories is available on PC, PS4 and Nintendo Switch. We reviewed the game on PS4 with a code provided by the publisher.